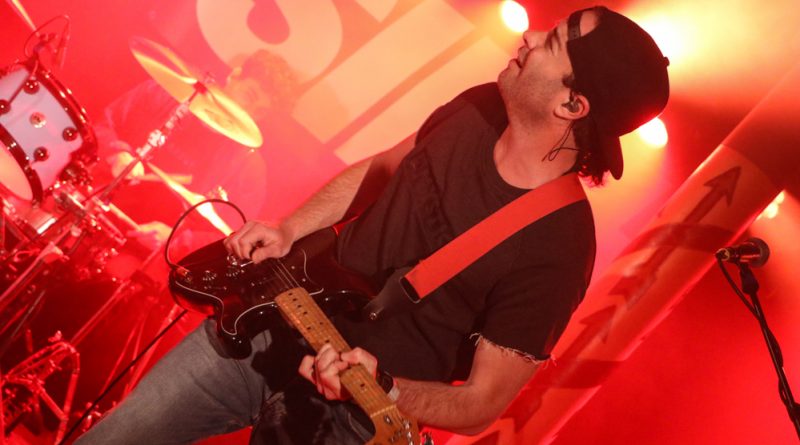 My first concert since the lifting of all Corona restrictions in Switzerland and after a long absence from the live circuit. Which band better to start with than my Ticino Boys Sinplus? The Broggini brothers and their band are rarely to be seen north of the Gotthard, so it’s all the nicer that I can experience those boys live and in action once again, as it’s been four years since the last time.

A lot has changed in the Sinplus camp, the guys have turned to Rock music, which we also mentioned in our CD review of “Break the Rules”. Unfortunately, it seems someone forgot the promotion for the gig, therefore not too many visitors found their way to the Schüür this evening. But no matter, professionals know: “The show must go on”, whether for 20 or over 100 people, it doesn’t matter.

The Schüür has two stages, one on the upper floor, where a Latino party is taking place tonight from 10 p.m., and a small nice one in the entrance area near the bar, which is only lit from behind and doesn’t give the best sound due to its low ceilings, but still it offers a good opportunity to feature smaller gigs in a city like Lucerne.

But first Cosmic Space Girl open the gig, three men in leggings with glittery hats – and topless. It seems the spotlights heat things up. The three men with the disco balls on their heads don’t seem to enjoy so few visitors in front of their stage, but professionals have to rise above such attitude. Band rehearsal with guests, what the hell, it can’t always work out. Their Punk Rock’n’Roll doesn’t go with Sinplus at all, but the bass man entertains us with a little dance interlude while the man on the guitar plucks his strings. Who is Who, well, we’ll leave this to be figured out, at least the band consists of Cornelius Heinzer, Marco Bleiker and Jonas Gähwiler and has been on the road as Cosmic Space Girl since 2012. Unfortunately, the sound doesn’t work out at all in the Schüür, which is not only due to the mixing.

After a quick change it’s time for the show of Sinplus. Exactly 10 years ago they were Eurovision Song Contest participants for Switzerland with “Unbreakable”. Since then, they have become a band that is also noticed well outside this genre sector, the only difficulty really being located South of the Gotthard, in the beautiful Ticino. Over there bands have very few performance opportunities and not many bands from Ticino are invited to play here. The guys are lucky to have a great family which travels to practically every concert and supports them. It’s very nice to see this family bond and support again and again.

Besides Gabriel and Ivan Broggini, bassist Matteo Bassi and Giovanni Cilio as substitute drummer are part of the band for this gig. A big compliment to Giovanni for his great performance, playing the first gig with this band. Matteo Bassi, for his part, will also support Sinplus in songwriting in the future and brings new blood into the band, it seems to fit well and have a good chemistry. Therefore the fans can be curious about the upcoming album, which in the best case will come out by this year.

The song choice tonight leads us through the Sinplus albums, there is something from everything, but clearly the focus is on the current album “Break the Rules”, from which “Burning Man” but also “Van Gogh” must not be missed at a gig. The latter seems to be very emotional for the Broggini brothers and you can feel a very special atmosphere when they play it. The new songs work wonderfully in a live setting, the variability of Gabriel’s voice is highlighted here, ranging from deep mystical tones to higher powerful vocals, he gives you goosebumps. With Ivan you get the impression he is totally focused on his guitar on stage, with closed eyes he releases his passion on the strings to conjure up excellent melodies and riffs from this instrument. You just enjoy watching the guys and so the good mood comes with the songs all by itself. I am surprised that they play “Unbreakable”, their Eurovision song, I thought they wanted to avoid that a bit by now, so I am even happier about it. Sinpuls close the show with their new song “Wildflower”, which you can listen to here .

Dear German-speaking Switzerland, I would like to see more Sinplus, more chances for Ticino bands, because they are definitely entertaining. An excellent concert that was well worth the journey to Lucerne. 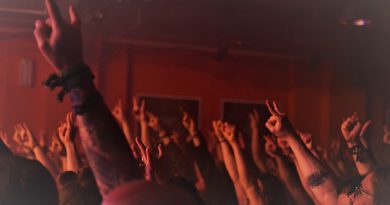 The Blanko / Cherry and the Vipers 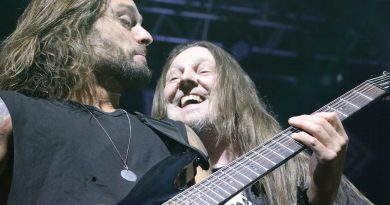