The last summer-like day sees rare guests at Z7 who have not been here for a while. Or at least it has been 8 years since seeing this band live, and there were some changes in the line-up. I was curious about the “new” singer and the development of this band. But first the support act.

Those many fans in capes, baroque costumes and elven ears confuse me a bit – since when Dragonforce has been attracting an audience like this? But the name of the opening act solves the riddle – Twilight Force are known for costumes and a theatrical show, and they are billed on this tour.
Which does not quite sound right for me, despite the fact that there are now two males who can sing in extremely high pitches. It seems that the majority has come for the support band, and the first rows are filled with people holding up plastic swords. The band does not offer that much of a show, though. The magician behind the keys talks a lot about prophecies but otherwise elven ears, masks and flowing capes are more amusing than impressive. Musically I am not that impressed either, but most of the audience seems to love those Swedes. 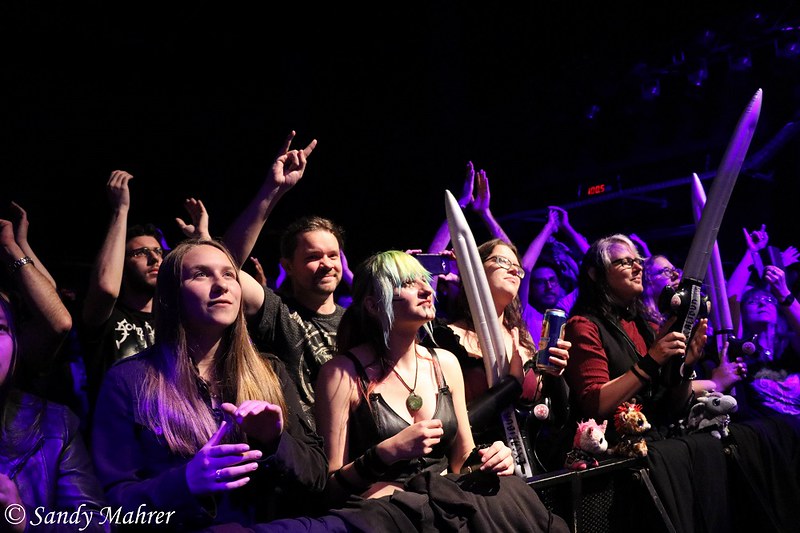 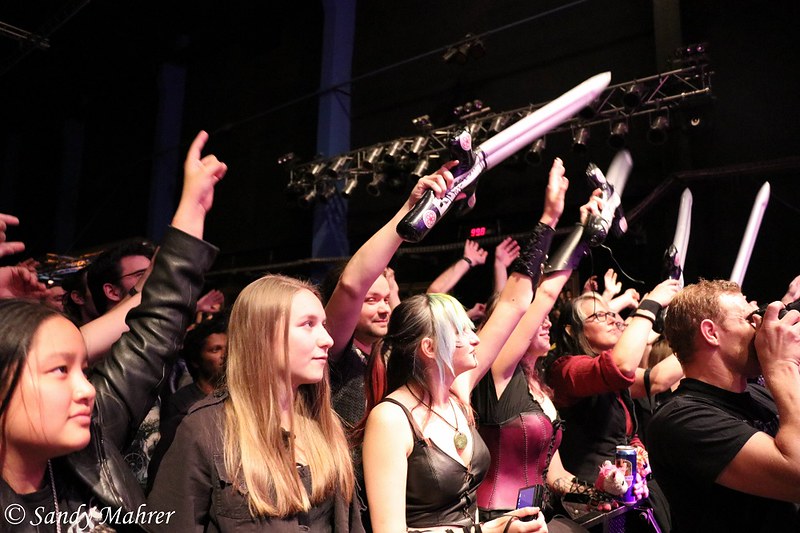 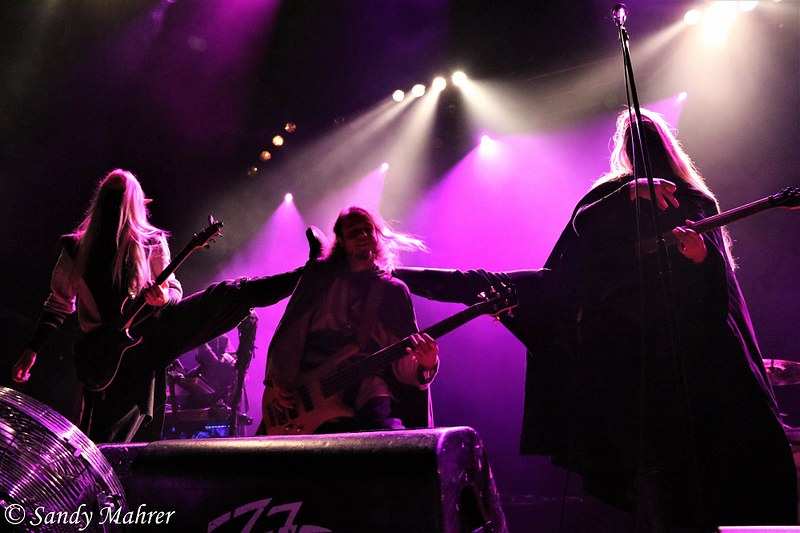 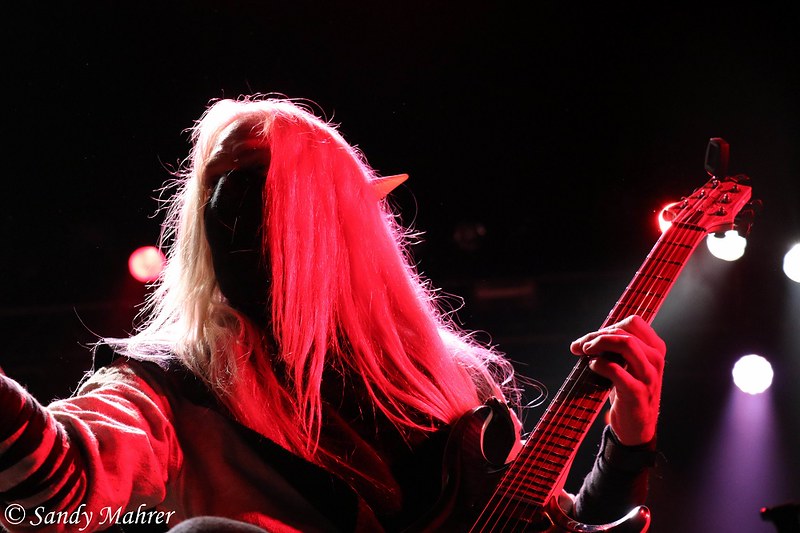 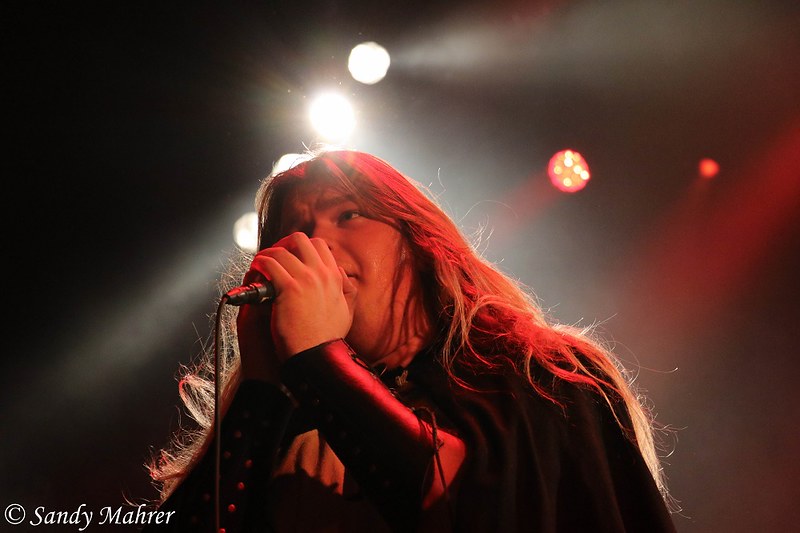 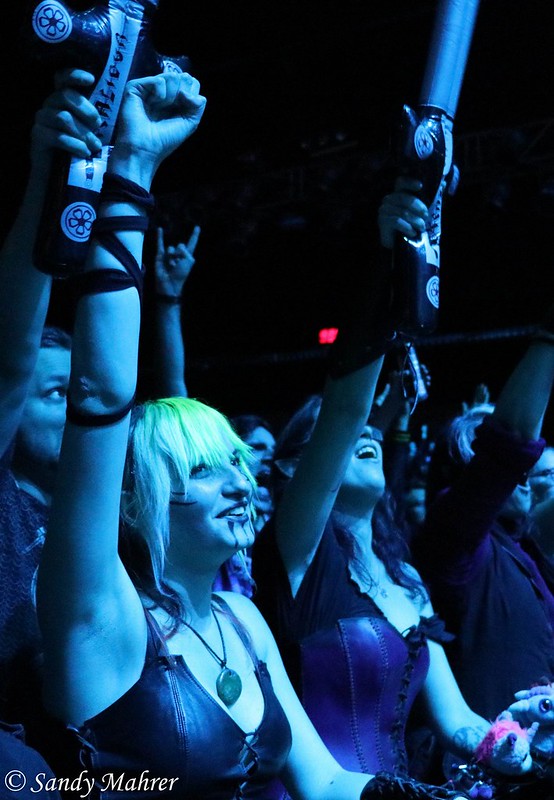 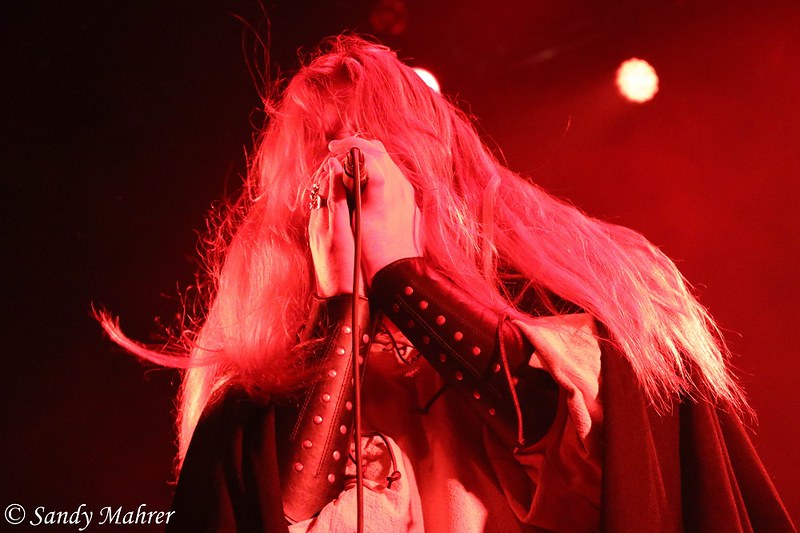 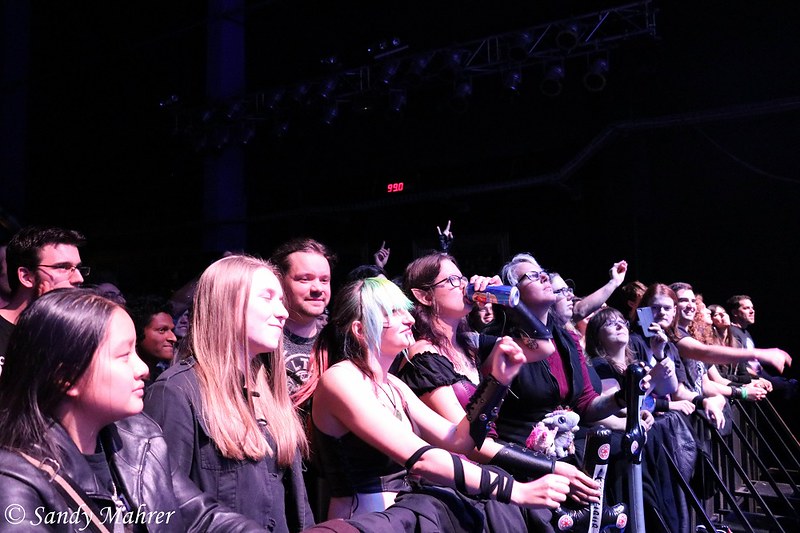 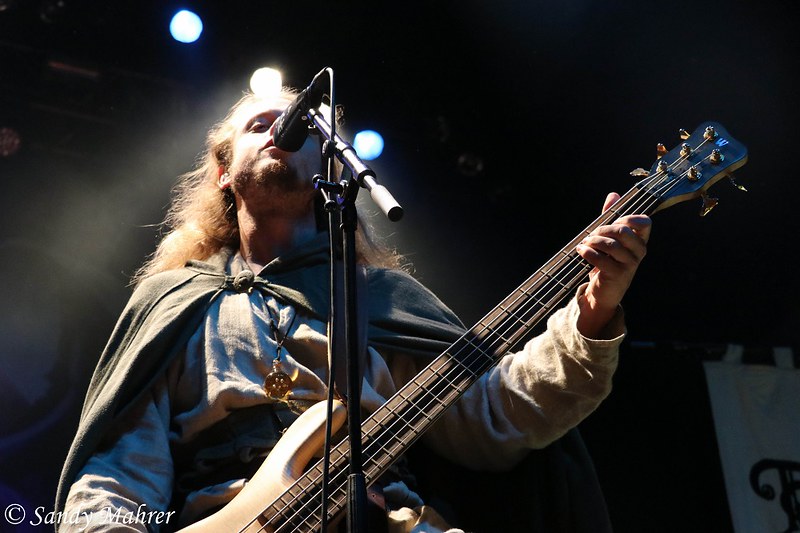 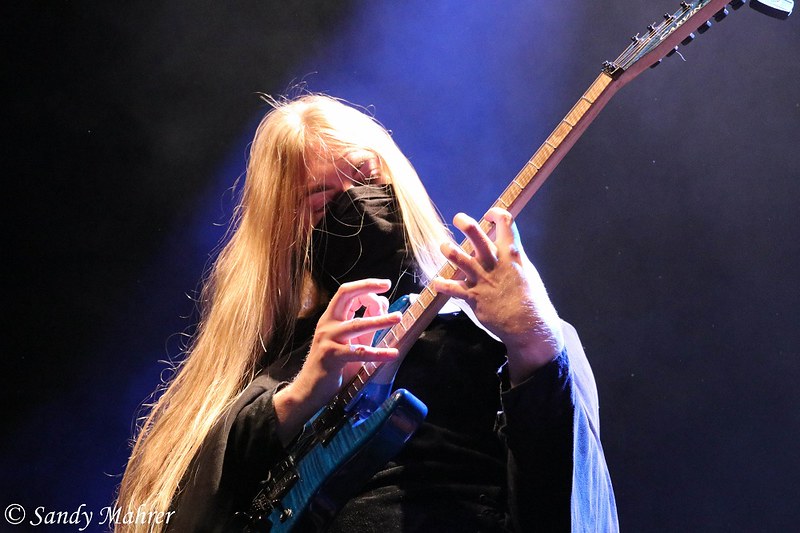 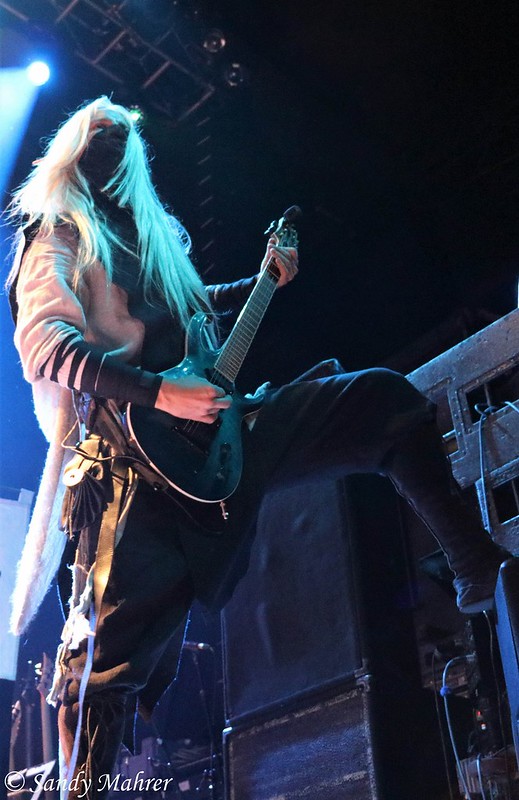 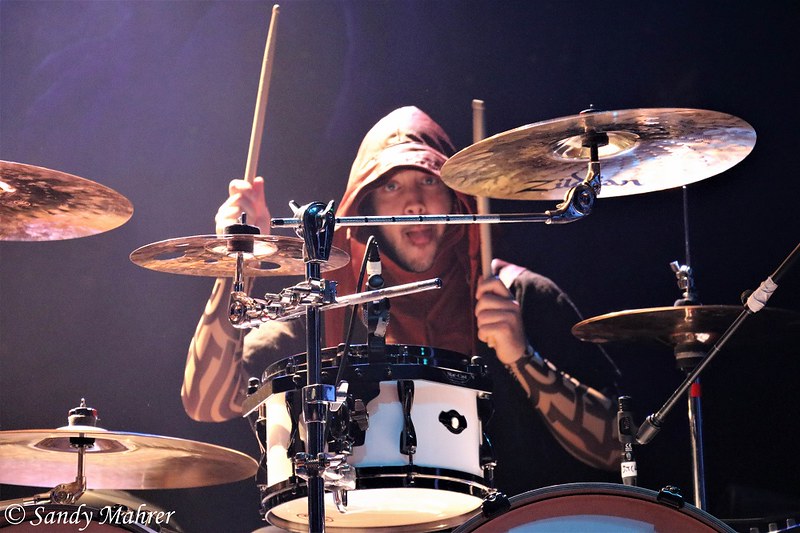 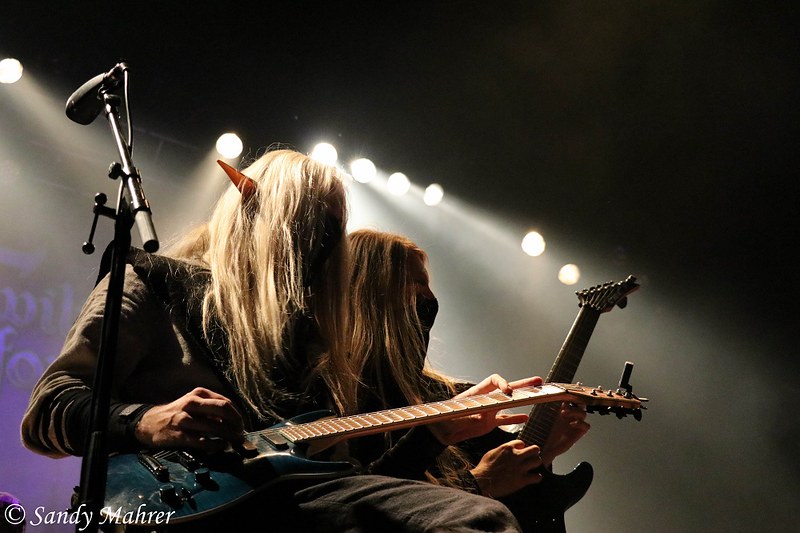 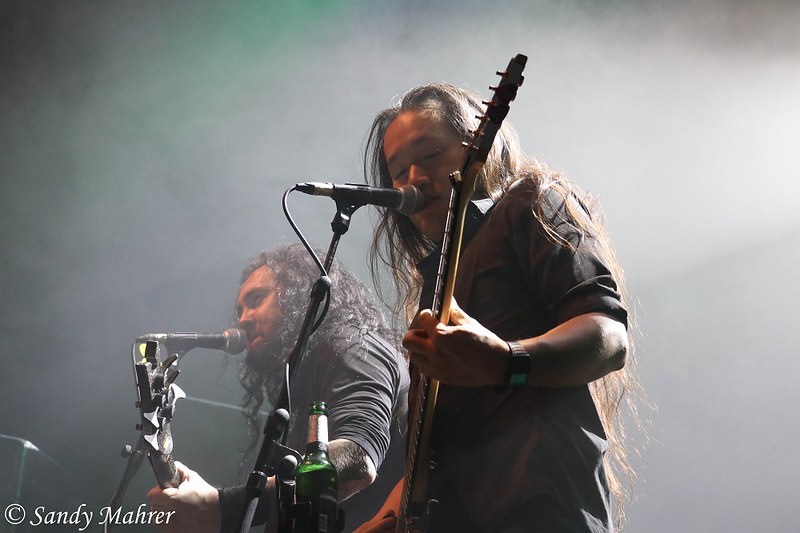 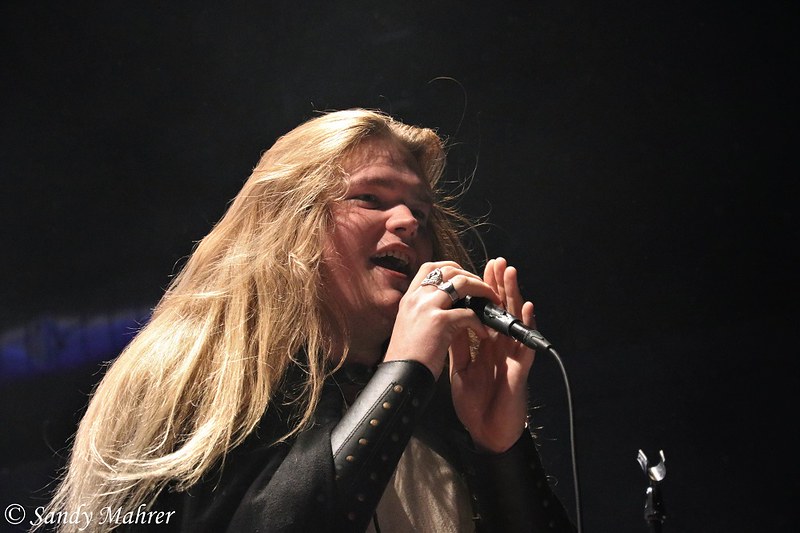 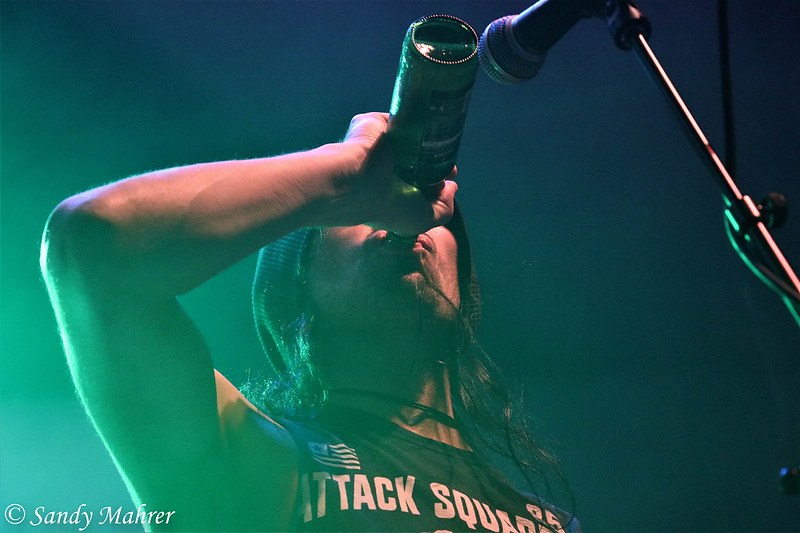 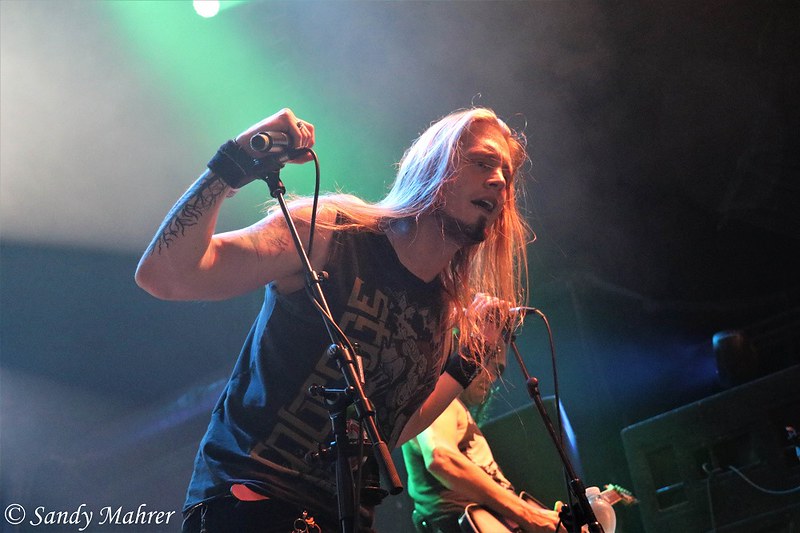 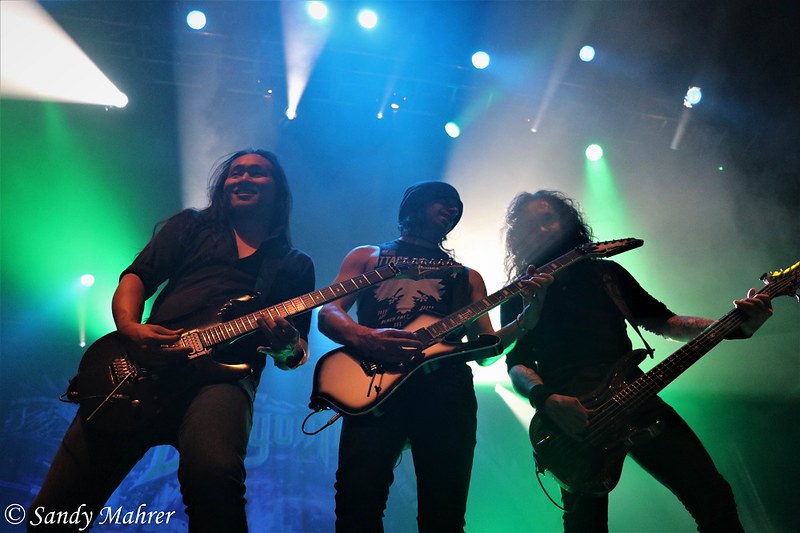 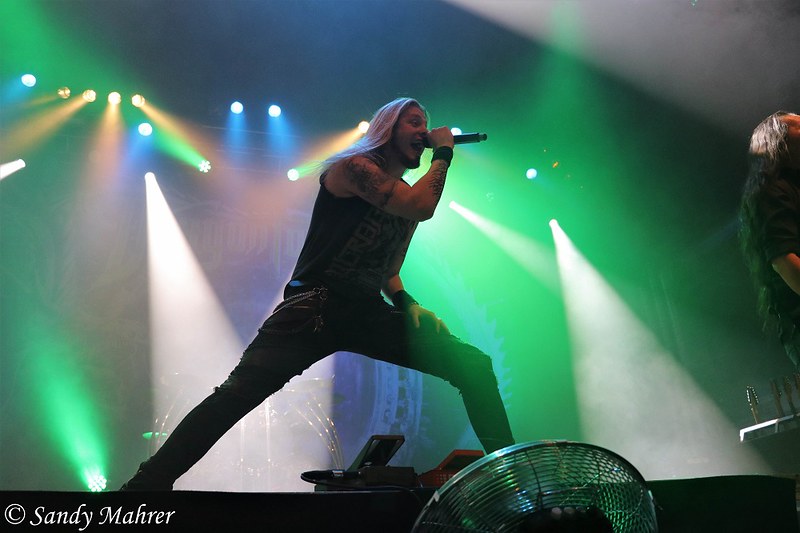 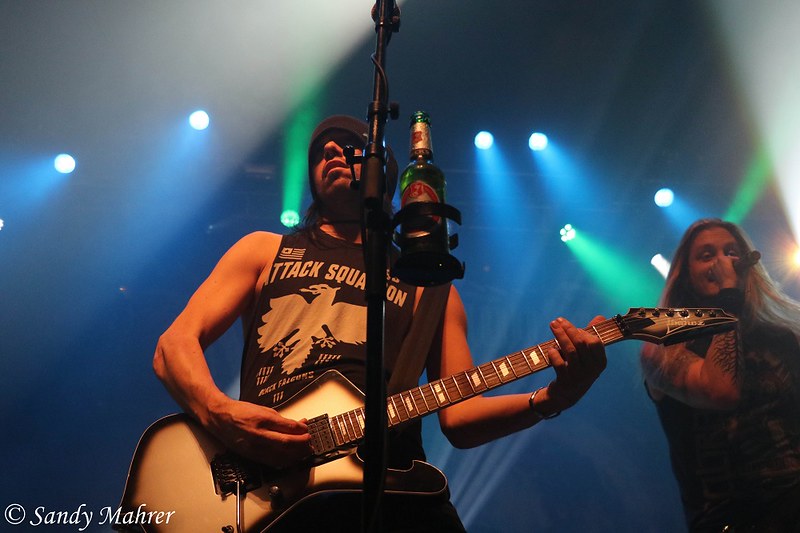 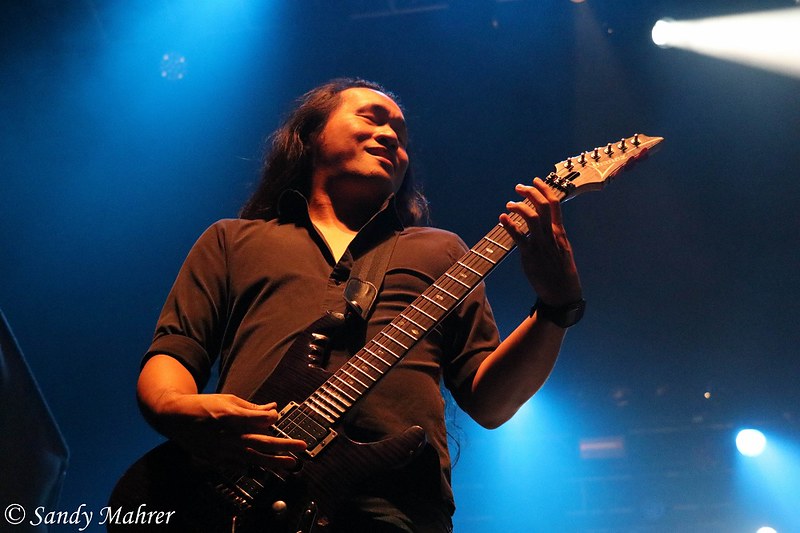 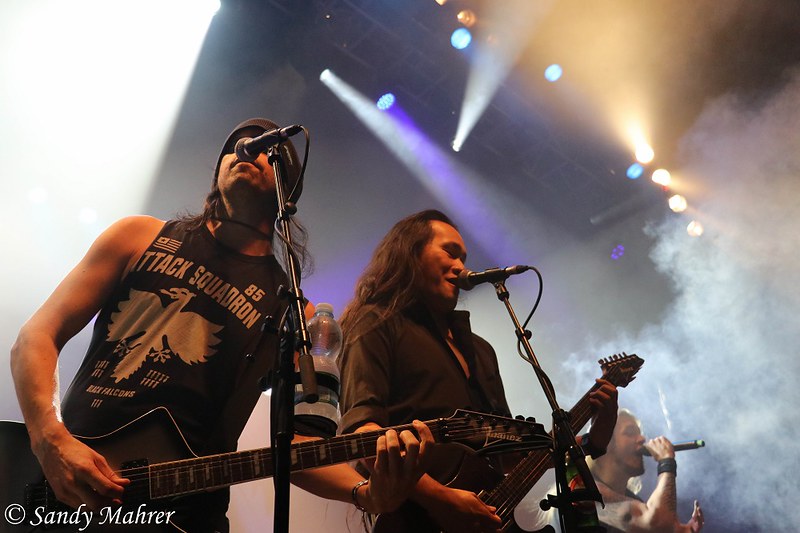 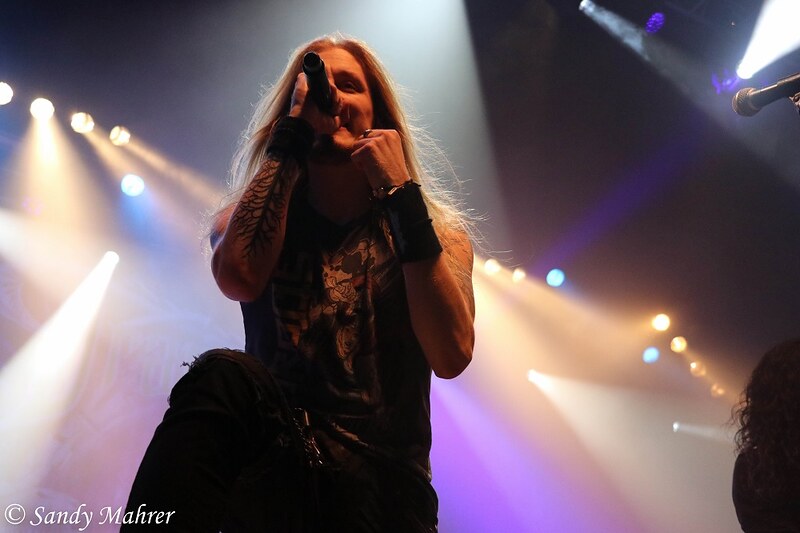 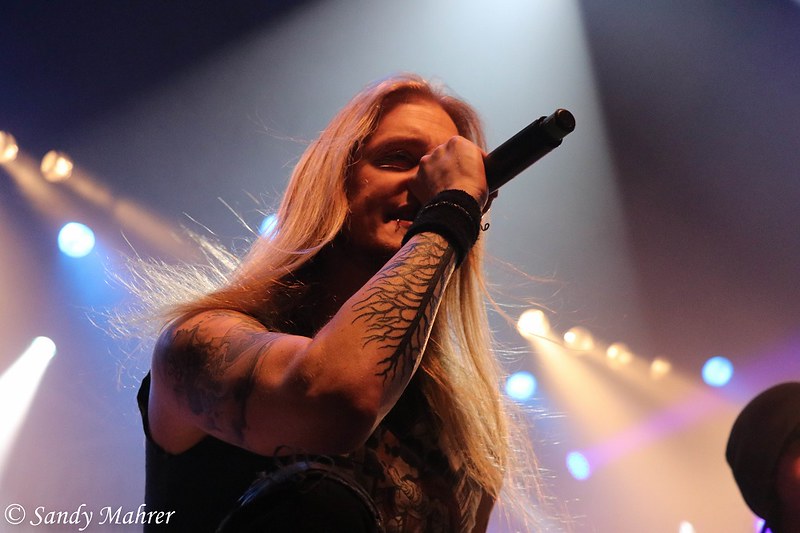 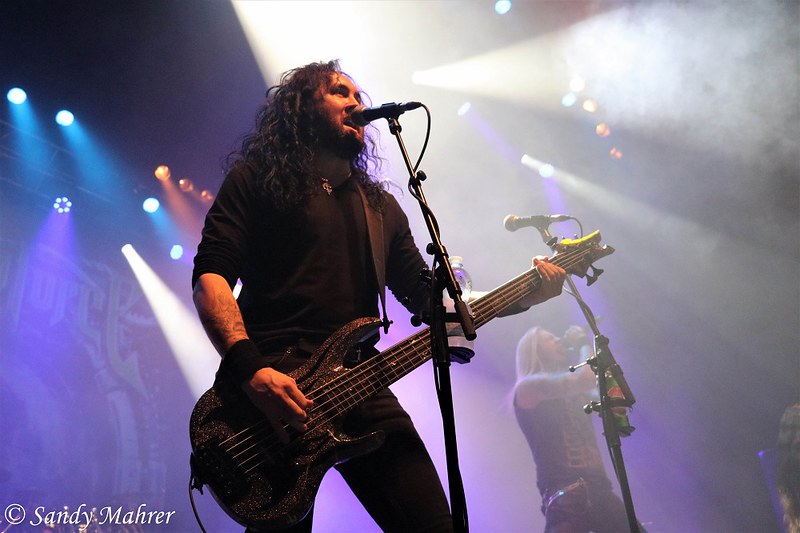 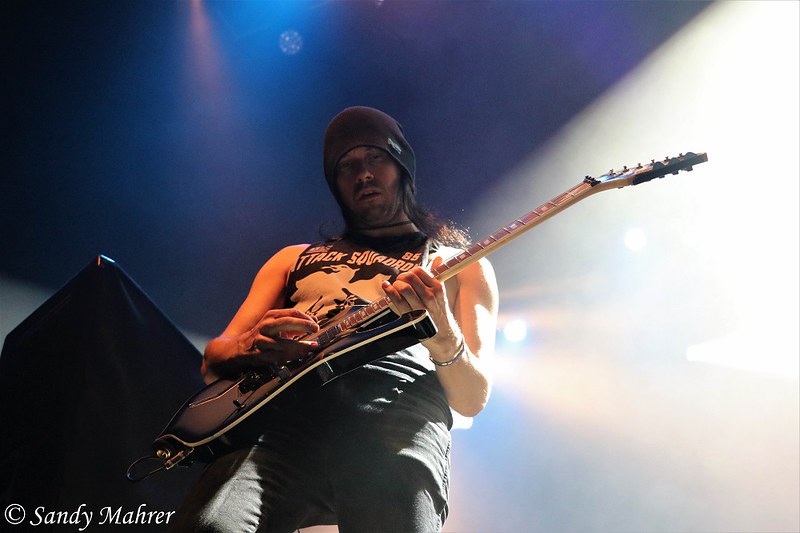 Dragonforce storm the stage after a short break and you notice immediately that someone is missing. Keyboarder Vadim explained already on social media (Twitter@vadlife) that he did not want to leave his little daughter for a 4-month tour. And I think this decision deserves respect. It is a beautiful thing that he prefers his family to everything else, and it is clear how difficult it is to unite family and a job. Maybe labels should consider alternatives to provide a more family friendly way of touring to enable musicians having a family life as well. There have been times when labels made musicians stay single just for their career, and those times should be over by now. But let’s see if this decision means that Vadim will be out – I hope not.

The rest of the guys don’t seem to mind long tours. There are a lot of pedestals on stage, as usual, so that the guys can show off. I notice that there is less running-all-over-the-stage compared with 8 years ago. And it is the first time that I see singer Marc Hudson. My impression is that he is a good entertainer and singer, but he cannot quite live upt to the vocal power of  ZP Theat. Surely Herman Li cannot do it without his own mini show, just like the beer-drinking Sam Totman. Quite funny that after all those years a band is still the same. Unfortunately also with those one-man shows of everyone – everyone in the band wants to get more attention than the other, therefore it has never felt like a real band to me, more like a band born by casting.  A Metal-Boyband feat. Nick Carter. I am simply no longer convinced by all those songs and having-audience-sing-along, it all takes too much time in the show. The only funny thing was the announcement by Marc in Swiss German, which I don’t want to translate here… it caused some Buh from the audience, but Marc claimed he had no idea what he was saying as some friends have written it down for him. Well, that’s a way to entertain the audience. In my opinion Dragonforce are not quite what they were, but they still have plenty of fans who cannot get enough of guitar soli.