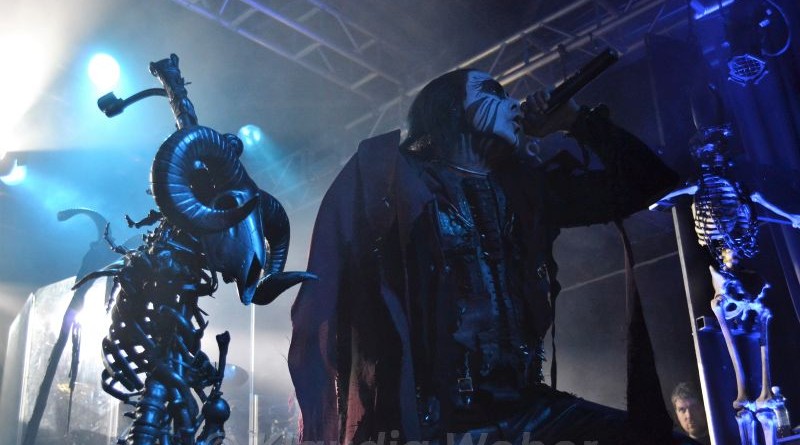 The Inquisitional Torture Tour 2015 also visited Helsinki, and the long queue even before doors opened hinted at a possible ”sold out” situation. No idea if it actually happened, but when the headliner got on stage, it pretty much felt like that…

But first to the opener of the evening, Frosttide: There were technical problems with the intro, you could hear the drummer’s cursing even way back at the bar… In my opinion a wave of laughter was an even better introduction to their Melodic Death / Pagan Metal and an otherwise flawless gig, as they had already won the hearts of the audience (which increased in number by every minute). 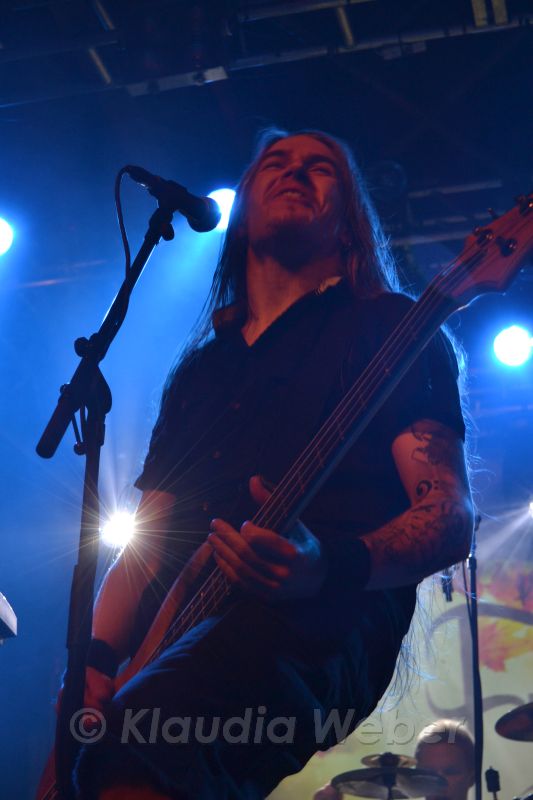 No idea if it was my relief I finally get to see them live, the power of this unique music or all this affection and enthusiasm coming from the Finnish audience – I could not avoid shedding a couple of tears watching Ne Obliviscaris. What to say, a 10/10 for the CD of those Australians is just enough, and live they are even better. Clean and growl vocals, Black Metal plus Prog, plus violin … incredible. Ingenious. Brilliant. 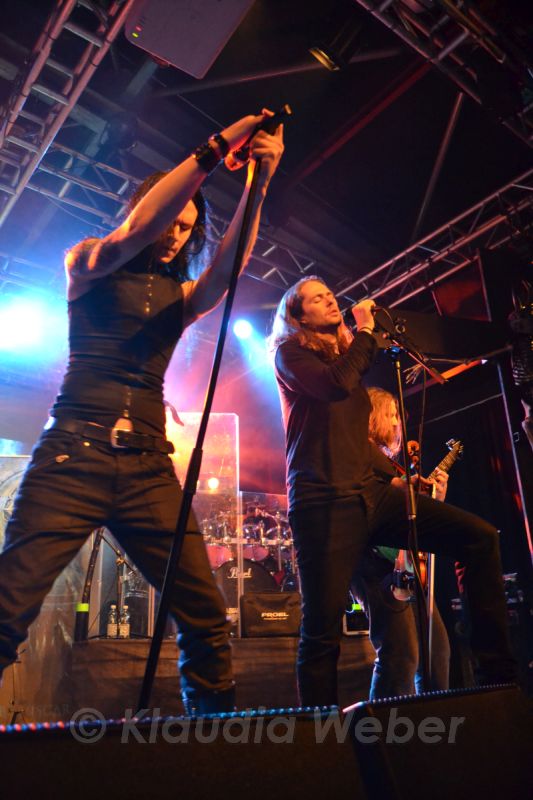 I am at a loss to put it into words, check out the videoclip . Perhaps I simply quote some fans later at the band’s merch table: ”we would have loved to watch a 2h show of you guys, please come back soon as headliners!”

Still there cannot be any doubt who ruled this evening – Cradle Of Filth put on a massive show at Nosturi, beginning with a macabre-appealing stage decoration, then the clothes and then this light show – nothing left to wish for to experience an intense live performance. A pro like Dani Filth knows how to make his fans happy. And the audience was on the edge right from the start, freaking out when you could just guess the shadow of a band member approaching the stage – and this level of enthusiasm lasted pretty much throughout the gig. It seemed everyone without a drink tried to get as close as possible to the stage – it was even a bit difficult to leave the photo pit, and you needed a shoe spoon to squeeze yourself back into the hall.

The situation on the balcony was not that bad, yet people smaller than 2m (like me) hardly ever caught a glimpse of the stage. Unfortunately also the video screen didn’t work properly (had a COF sound wave cracked a camera?), so I can just give my impressions of the acoustic experience…
The Brits kept at full throttle throughout the whole first part, the new album Hammer of The Witches was presented with a few songs, but naturally classics like The Forest Whispers My Name was not to be missed. I doubt that there was anybody feeling disappointed about this show when walking back home, in the first snowfall. Which might have been very exciting for a certain Australian who had never seen any snow in his life…

(photos in full-size at our Flickr-page !) 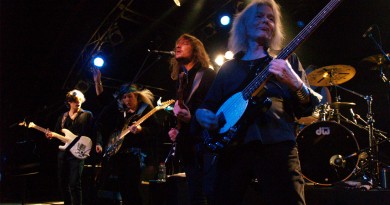 Jello Biafra and the Guantanamo School of Medicine