36 degrees and it’s going to be even hotter… not so nice being outside any more. Still many people gather at Z7 to enjoy a Monday evening with 80s classics, and a nice idea of Z7: They transformed a parasol into a sprinkler.

The Duo Lion Minds opens the evening with their acoustic guitars and voices. Those two guys from Baselbiet manage to impress with their Powerfolk songs despite their minimalistic show. However, I think they would rather fit into a Cafe or a Bar, a place where you can sit down and enjoy the gig in a cosy atmosphere. At Z7 it seems a bit boring when you came for partying and dancing. 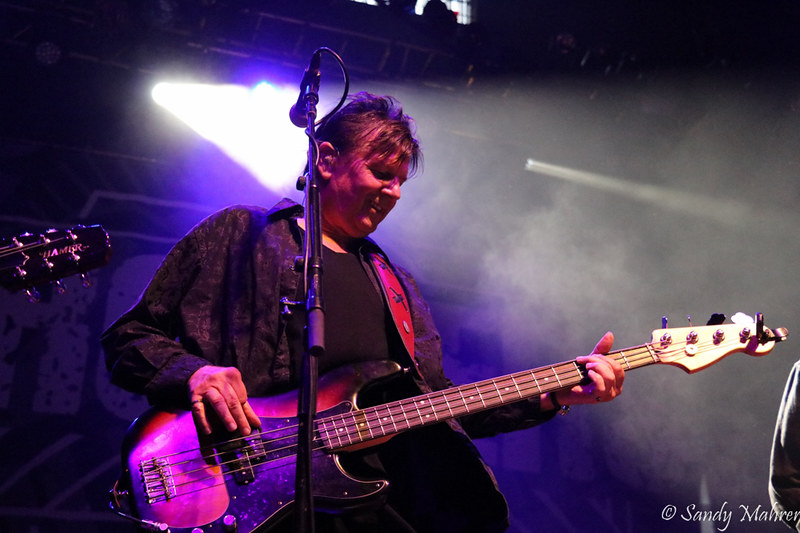 The Hooters had not been a household name, admittedly, but then I listened to some of their songs – and what a surprise, it turned out I know many of them quite well.  «Johnny B» was a big sing-along hit when I was young and was played in every Disco. So why not watching a band that has been around since 1980 live on stage? And to say it right away, I should not be disappointed. The Hooters have so much fun on stage which is simply very inspiring. Songs like «All you Zombies» and «Satellite» are well-known and therefore it’s no surprise that the whole Z7 sings along, as well as with the cover songs  «Boys of Summer» or «Time after Time». Singer Eric Bazilian has some announcements in German language, but they should not have tried to translate some lyrics to German as in my opinion it does not work so well. Anyway, the audience receives a lot of value for their money. An acoustic part in the middle of the show is followed again by full power, and the audience turns on their party mode once again. It seems all the people on and in front of the stage have a lot of fun, and chapeau for offering a full 2,5 h show in such mature age… A great and very entertaining band!