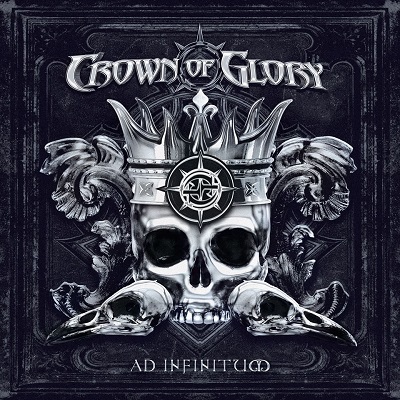 Crown of Glory is truly one of the Metal Bands that have remained active the longest in Swiss Metal scene. The band has a solid and loyal fan base which they can be proud of. They also reward their loyal fans a lot and organize fan trips to festivals and gigs – which other band does that for their fans. Since 2014 they haven’t released a album anymore, but you always hear the name Crown of Glory in the Swiss Metal Scene anyway. I noticed that in all the years that I have been working in the scene, I’ve never written anything about Crown of Glory. Shame on me. But now finally and there could be no better moment, as they release their new album “Ad Infinitum” on 11. September, including a nice surprise. Which surprise? Well, of course the song the band recorded together with Ex-Burning Witches Singer Seraina Telli . “Something” is just an awesome song without any doubt, two great voices that are perfectly in harmony. Just listen to it.

But also the rest of the album has a lot to offer. Hene Muther has a very variable voice, to be honest I don’t like every facet of it but he is surely capable to please anybody’s taste once in a while. Which is good. Singing the duet with Telli, “Master of Disguise” and the ballad “Surrender” he is just WOW! Hats off! A masterpiece causing pure goose bump effect. But not only for vocal fans, but also for Guitar virtuoso aficionados, “Ad Infinitum” should be something special, because Markus Muther and Hungi Berglas are masters of their instruments. They deliver – together with Oli Schumacher on Keys, Lukas Soland on Drums and Jonas Lüscher on Bass – awesome compositions which raise your mood. Sometimes I don’t like the sound changes during the songs, the bridges are to intense for my taste, but that’s always a question of taste. You can hear that strongly at “Infinity”, which I would name a very strong song if these transitions wouldn’t be in it. But aside that, the songs are of high quality and it is a pleasure to listen to the album. So welcome back, Crown of Glory, this was an awesome job. 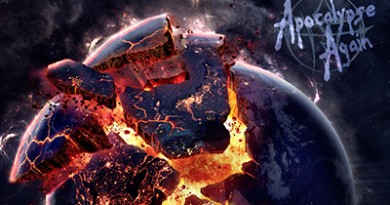 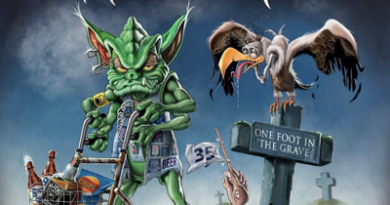 Tankard – One Foot In The Grave