Admittedly I rarely travel to Zurich for gigs but for those bands I gladly take on the challenge and costs of a long trip and a hotel room.

Both of them I had seen together on tour at the beginning of this year at Luxor Club Cologne (we reported). Even back then the support act left a good and lasting impression, yet  Password Monkey have changed their line-up since then: Gonzalo on bass and Mo on guitar complete the band with drummer Veit and singer Fabi.

A bit later than scheduled those guys enter the stage, unfortunately not much audience had arrived by then. During the first songs the bad sound and lighting made the situation worse. It seems the light person slept during the first song because only drummer Veit had a spot on him, the rest of the band was hidden in the dark. It might be nice to see the hard work of a drummer highlighted, but the strange lighting continued throughout the show, e.g. blinding light only from the back so you could not see the band at all. Sorry, that might be cool for DJ shows, but the light person in Zurich needs some education what to provide for a rock show. It seems those problems also impacted singer Fabi in the beginning as he seemed a bit tense, yet he loosened up during the show, proving his talents as singer and entertainer, claiming they had just flown in basser Gonzo from Spain, who in turn was initiating cheers from the crowd with «Arriba»!

Password Monkey have played for the first time in Switzerland but I am sure that it was not the last time – those guys proved their quality. 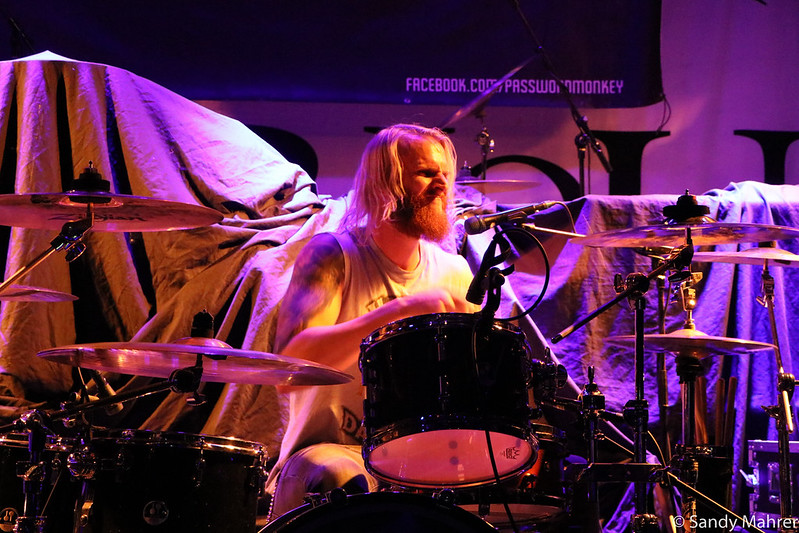 After a changeover the concert continued at 21.00 h with the headliner. In the meantime the Dynamo had nicely filled up, e.g. with members of an  Inglorious motorbike club, all in leather and club batches. Inglorious started their show with a song from their latest album «Ride to Nowhere» and with «Where are you now» Nathan James and his men convinced the crowd right from the start. The new line-up with Vinnie Colla on bass, Dan Stevens and Danny Dela Cruz on guitar works well with the founding members Phil Beaver and Nathan James. Five musicians with passion for their instruments and their craft came together and you could feel that in every moment of this show. On tour also their keyboarder Rob which added to the full sound, kept at about 100db.

The band had won over several new fans with their summer festival gig and those fans cheered the Brits in the front rows. The first ballad came as fourth song in the set, pretty  early because of voice difficulties later in the set, so Nathan jokingly claimed – well, he was sooo wrong with that. He performed this ballad «Glory Days» with Phil Beaver on acoustic guitar and I hardly ever get the chills at a gig or even cry, but this song was heartbreaking, full of passion and feeling. Good that the guys continued with a selection of faster songs from their three albums. 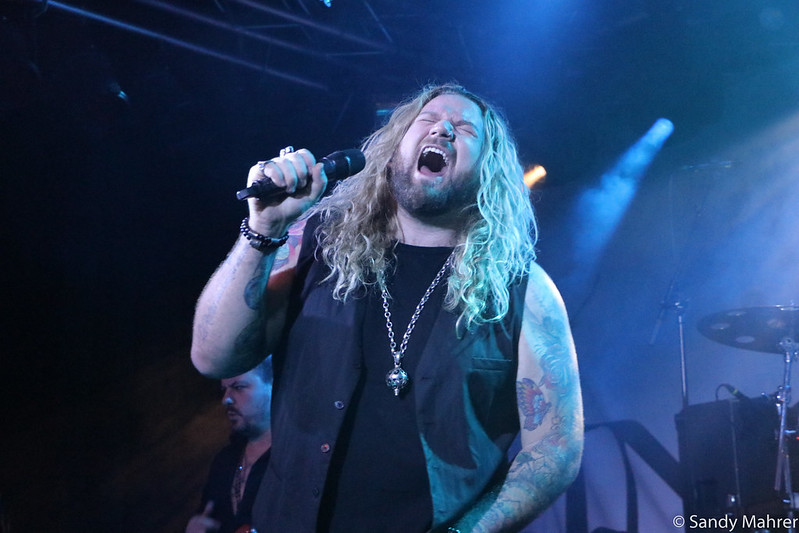 Dan Stevens and Danny Dela Cruz performed soloing duels and you had the impression they became one with their instruments; Mr. Beaver switched from acoustic guitar back to his drum kit with its tiny beaver decoration. Inglorious play a cover song at every show, on this tour it’s «Uninvited», because James is a big Alanis Morissette fan and this song means a lot to him. His version left my jaw wide open, he is so talented – simply WOW!

A fantastic concert evening with a singer that leaves you speechless, no matter how often you have seen this band live, and musicians who live for their art.