Australian Prog-gods on a headliner tour in Europe (still ongoing) – no wonder there are many sold-out venues, and it looked like Finnish Nosturi was very close to full capacity too… Which was a blessing for the opening acts as well, because facing a pretty much full house even as first act on stage is rather the exception than the rule. Well, I have to admit that I had never heard of both support bands before but I decided to go for the surprise effect rather than gathering information beforehand. Surprise as in style of music and presentation, because I assumed that the tour support would be as high quality as the headliner. 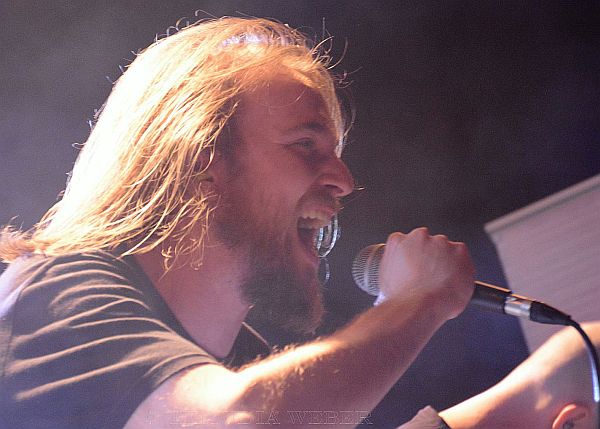 Therefore Virvum surprised me only by speaking German when I talked to them later … this Swiss band convinced fully with an inspiring show featuring a hyperactive front man. When they label themselves as Death Metal I consider this as slight understatement. Brutal, yes, technically brilliant, yes, growls, yes – but there’s plenty of other elements so that I think they could at least call it “Progressive Death”, just to give an idea of the variety they can offer. And by the way, a belated HAPPY BIRTHDAY to the band member who was deprived of having a Finnish audience serenading him … simply because vocalist Bryan Berger forgot to mention it on stage, being way too busy setting the crowd on fire…  Bandwebsite 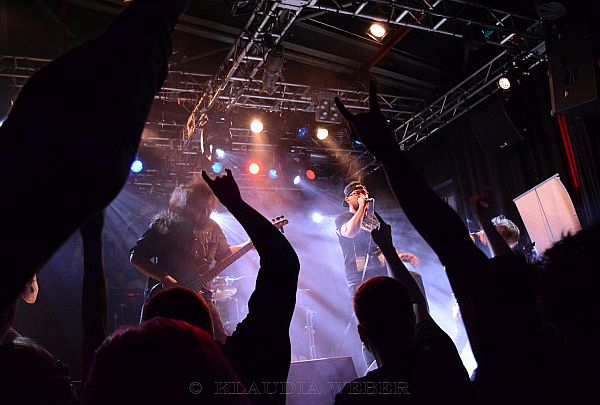 Allegeaon from the USA I would rather put into the Melodic Death genre, yet also here a lot of Prog tendency and different elements, hence quite fitting to the headliner. 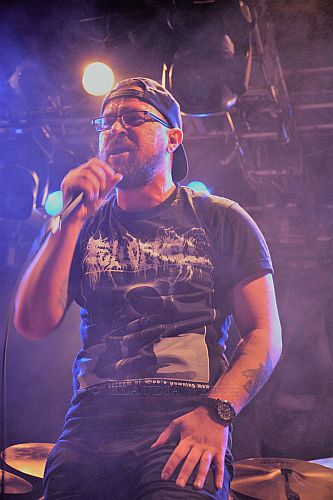 There even were some Latino rhythms to which front man Riley McShane provided some cool moves.

High energy and enthusiasm characterised this show as well, welcomed enthusiastically by the Finnish audience. As if at least half of them were die-hard fans of this band… The US guys were obviously thrilled by the fact they perform in Finland for the very first time and gave helluva show.

And the very moment I wondered how the front man had fastened his glasses to keep them on during all this action on stage – whoooosh – they were gone … and luckily recovered undamaged soon afterwards. Those guys left a great impression too and not only to me, judging the attention they received later at their merch stand … Bandwebsite

Apropos, it looked like the Finns were on a “let’s buy everything they have” mission at the NeO merch stand, it was pretty difficult just to reach the other side of the hall. BEFORE the show of the band. Which shows that this Australian act has gathered a dedicated fan community in Finland, too, and only because of the support of their fan community this band can be touring in first place. Find out more about this HERE . 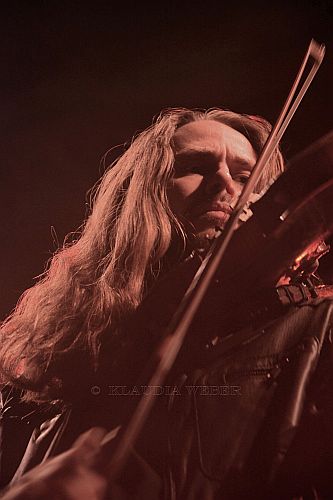 And well, what to say about the headliner show of Ne Obliviscaris?

That it was once again fantastic, brilliant, tears-of-joy-inducing? That clean-singer/violinist Tim Charles as angelic counterpart to a somewhat sinister-mysterious, growling Xenoyr is an ingenious show element? That some “commercial” sing-along parts on the most recent output URN pay off bigly when performed live? That this band is a tight live unit providing almost-perfect live sound – and if there is a minor technical issue, they manage to deal with it so you hardly notice anything in the audience?

Well, maybe the new man on the bass Martino Garattoni should be mentioned here, and he fit in so nicely as if he had been part of the band from the very beginning.

And something else to mention: The Finnish audience received a special treat during “Eyrie” and “… Embers …” – a second violin, played by Natalija May who is a guest musician on the URN album  (and is no longer on the tour as she flew back to Australia right after the Helsinki show).

Naturally the audience still wanted more, even after the encore part and a 2h set… but the best-gig-ever has to end at some point, unfortunately, even when you feel you would like to have 2h more. What a band – in my opinion one of the best on this entire planet. And maybe on other planets too – as I am not quite sure whether the origins of Xen actually lie in this reality continuum  🙂 .

I can only recommend to check out Ne Obliviscaris live on their still ongoing tour, see the details on their  Bandwebsite !

YOU GOT STALKED: Sonata Arctica