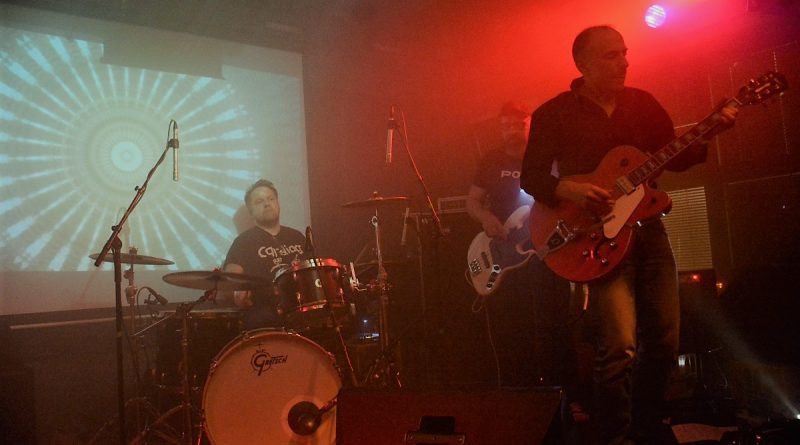 Svart Records will soon be 10 years old and began an upcoming series of celebration concerts with this one at Ääniwalli in Helsinki and with another concert evening at Klubi Tampere.

I have heard of Ääniwalli before but this should be my first visit although it’s so close to my home that I can simply walk there. The disadvantage, especially facing winter and sludge that Finns lovingly call “räntää” – I have to walk to the club … and it was not easy to find, even with some GPS assistance. Basically the opposite of underground, location-wise as you get to climb a terrace to reach the entrance. The overall concept, though, is definitely underground-alternative-punk far from mainstream – there’s even a small skater park on the inside.

The Svartfest turned out quite popular, the first band THROAT faced a big audience that appreciated their post-hardcore post-Rock-Alternative sound with Punk attitude. Towards the end they delivered a semi-ballad with Cash-style vocals that turned into a hefty Stoner attack – nice.

Once again CALLISTO delivered a great show, the only surprise was to find them so early in the billing. The extensive use of fog effects and the sparse red lighting suited their intensive atmospheric and slightly sinister sound spheres quite well.

ATOMIKYLÄ, consisting of Oranssi Pazuzu and Dark Buddha Rising members, were not quite my cup of tea with their Drone sound. Their heavier Doom-stuff was much more to my liking, as well as the stage show with Hendrix-style guitar torturing. At some point the light person discovered that there are more colors than red in the house… but because of all the fog it still was difficult to get any photos at all.

PELAGOS, former Circle members, appealed to me right away with their psychedelic Noise-Prog-Rock somewhere between Pink Floyd, Beatles-Revolver and the Viking TV series title song. And they had brought some tiny lamps for themselves on stage, and a LED wall. Great stuff, exciting and meditative at the same time, quite hypnotic – and I should mention here that the sound was pretty good for such a small club.

Towards the end of the show I was not the only one coughing and seeking some fresh air in the foyer or outside. A bit too much fog… moreover, it was clear that the last act of this evening would be delayed for almost an hour and start at around 2h in the morning. Hence I ditched my intentions to watch the whole anniversary gig and left earlier.

Sorry, Timo Kaukolampi (member of K-X-P and Opel Bastards) – but check out his performance videos on his WEBSITE. 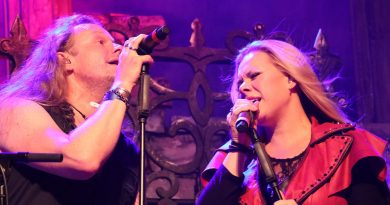 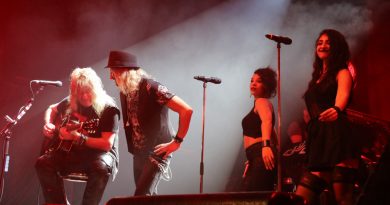