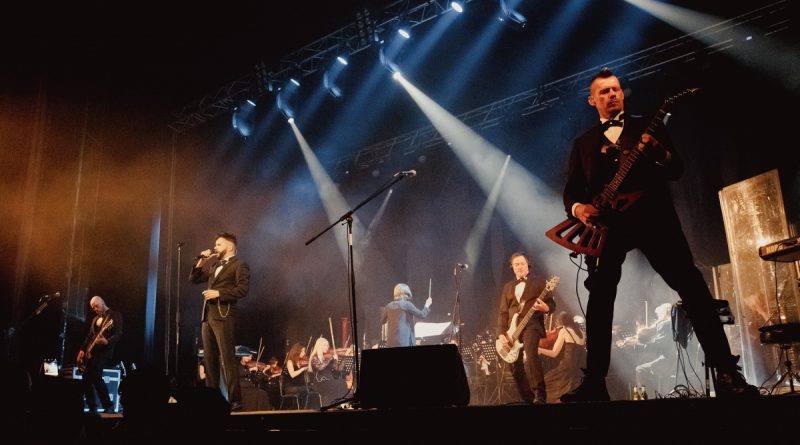 A rock show on Sunday night sounds like nothing really special. But just add that it is a show by Oomph! Accompanied by a symphonic orchestra and the event instantly jumps up to unique status. If you were not lucky enough to be present at one of two other shows of this kind taking place in Germany or in Moscow, then probably you have a hard time imagining how it all should sound like, and end up quite intrigued.

The show in St. Petersburg took place in «DK Lensoveta» venue, which normally is furnished for theatre performances. For occasional rock concerts they have ground floor front rows removed to make space for the fan zone. When facing such a show balancing on the edge of rock and classic you can’t help feeling a bit confused with a lot of ticket options circling in your head. Which place should I choose when getting a ticket? How are you supposed to not go into slam on an Oomph! gig? What should I wear after all?

So on this show you could see all sorts of people and outfits – from t-shirts and ragged jeans up to gothic ball dresses. The hall was generally full – the fan zone definitely sold out, the dress circle and up as well, leaving the most expensive stalls looking somewhat empty.

The show started almost on time, when at 20:20 the musicians started taking up their places. The crowd exploded in applause when finally the three Oomph!-guys in suits with bow-ties appeared on stage. Dero Goi holding to some greeted the audience in Russian and toasted with some wine.
The show began with lovely symphonic intro slowly merging into Gekreuzigt.
The symphonic orchestra makes everything better. Or at least really different. Some of the songs like Sandman, Labyrinth and Neue Gott would be really hard to recognize without an official introduction. Although some others like Auf kurs and Als wärs das letzte mal sounded as if created exactly for such type of performance. At times if you closed your eyes it would feel as if you’re in the opera house and some sort of royal hunt scene is taking place.

After more than an hour of this exciting experience the band said their goodbyes and slipped backstage, but as long as the lights are still out and the orchestra stays on stage it was clear that they would come back and play a couple of more songs.

So it was. The concert was concluded by Gott ist ein Popstar, Augen auf and Niemand.
But as if to remind the audience that they’re still rockers after all, when no one was expecting anything else, Flake jumped down into the fan zone to the great amusement of the fans.
Let’s see what Oomph! have in store for us within their new album. 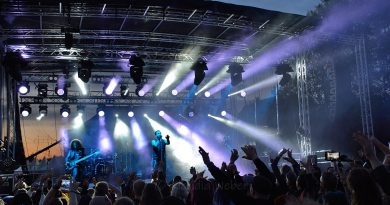 Dark River Festival 2021: Bigger than ever 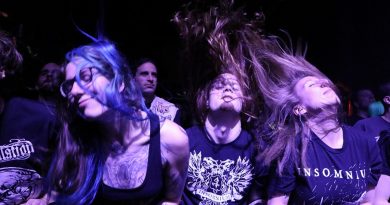