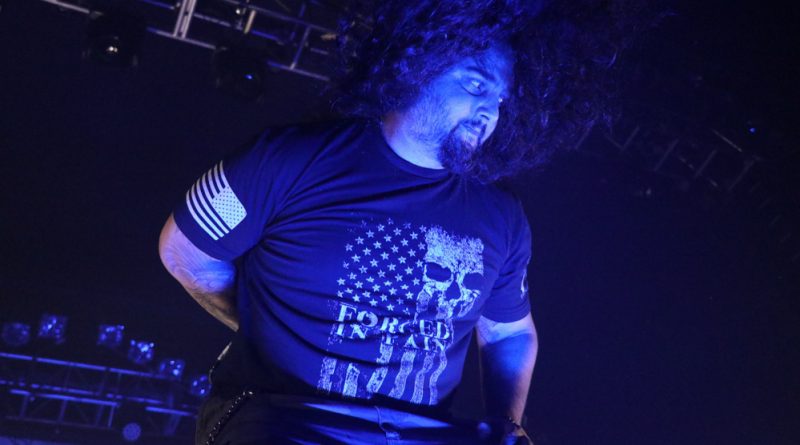 Another double feature – we managed to follow this tour from Swiss Alp area up to the grim Finnish North… two gigs, two reporters, two opinions…

Despite the competition in town – e.g. Steelfest – The Circus filled quickly so that the first act The Spirit faced quite a crowd in the second half of their set. Was that the reason they began with their backs turned to the audience? Their sinister, slightly doomy sound, however, hit a nerve with the Finns and I bet this band found some new fans this evening.

And the Finns love everything Mr. Tägtgren and every of his bands, especially Hypocrisy – the club turned instantly into a heavy churning Moshpit-infested madhouse as soon as the band entered the stage and hit the first notes. And phew, only the slower grooving tracks Eraser or Fire in the Sky allowed the crowd to relax a bit, otherwise the Swedes were on a 1h 5min Warpath… a brilliant gig, the clear winners of this evening!

Which does not mean that the headliners Kataklysm were less welcome – the mosh pit area continued to be a no-go zone for everyone who intended to keep a drink intact and feet on the ground… No idea whether people in Canada drink less than Finns, or later in the evening, but shouter Maurizio Iacono seemed impressed by the alcohol habits of local population… and admittedly, there were some in the crowd who looked a bit, ummm, tired already…. Both band and audience kept up the fast pace and the good mood throughout the show, therefore the last song At the Edge Of the World came as a surprise, and also the lack of encores – the gig somehow felt too short … Kataklysm definitely have to come back soon, as this had been only their second show in Finland, ever… 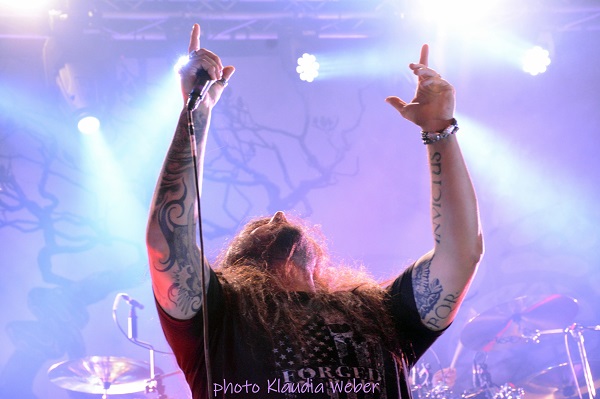 Even 15 years ago those were big in the Death Metal scene and played at Z7. Now there are a few more wrinkles and a bit more gray hair but otherwise they seem to be the same. The club, well filled for a Sunday, is hosting a lot of those guests who attended the show back then, and also quite a crowd of new young fans.

First on are The Spirit from Germany who seem to need re-animation during their first songs because – nothing happened. How could you start a show like this? The following songs were not that bad and appealed to the audience but the mood did not really kick off. 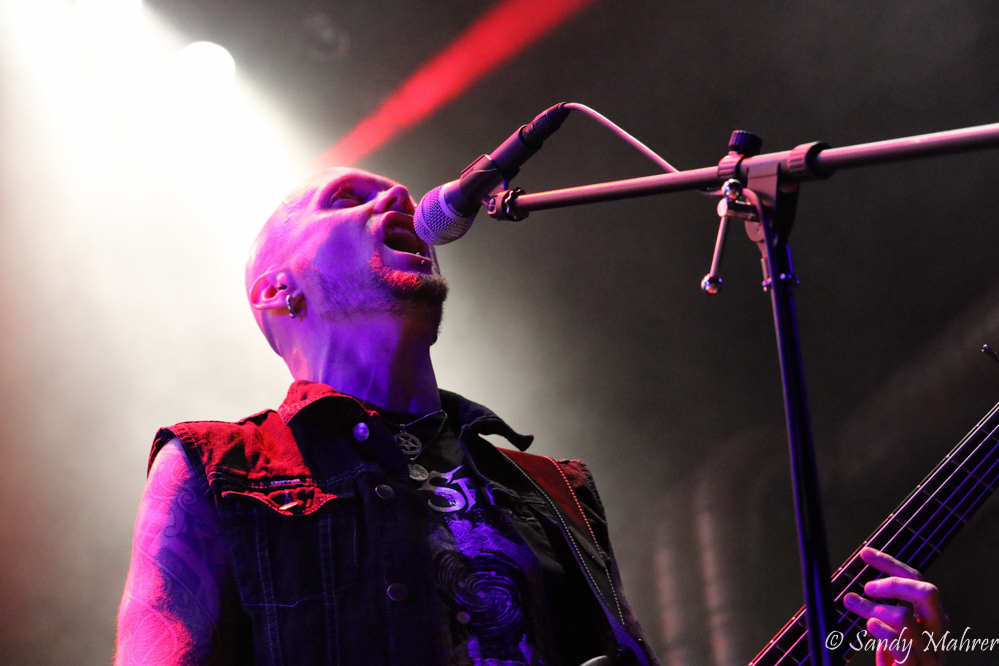 Hypocrisy with front man Peter Tägtgren are indestructible, he is still producing albums successfully and appears on the world’s stages. A workaholic indeed, he and his men take the roof off the club. For me the absolute highlight of this evening. It does not matter with which band, I have never been disappointed when Tägtgren was part of the gig. The whole crew is eager to heat up the crowd which goes nuts for oldies like „Eraser“ and „Fire in the Sky“. Once again a great gig of Hypocrisy. 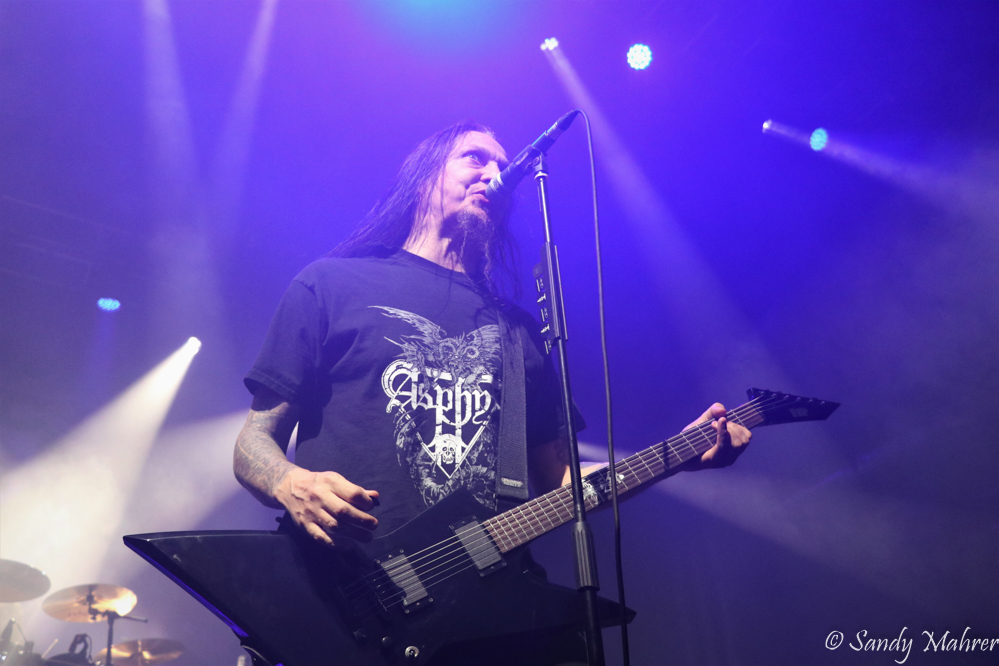 A short change over and we six photographers are joined by 5 security people which makes the pit even smaller. But surely more security is required for a band like  Kataklysm – crowd surfing is here the least dangerous of activities. Yet I have to say that 15 years ago those circle pits and the wall of death was much more impressive. Maybe bands and fans are getting too old for that? The Canadians were nevertheless glad that the fans still enjoy their music so much. For me it was a bit too chaotic, except their older material. Still a great evening with great Death Metal, and maybe we’ll see the same line-up again in 15 years, that might be interesting. 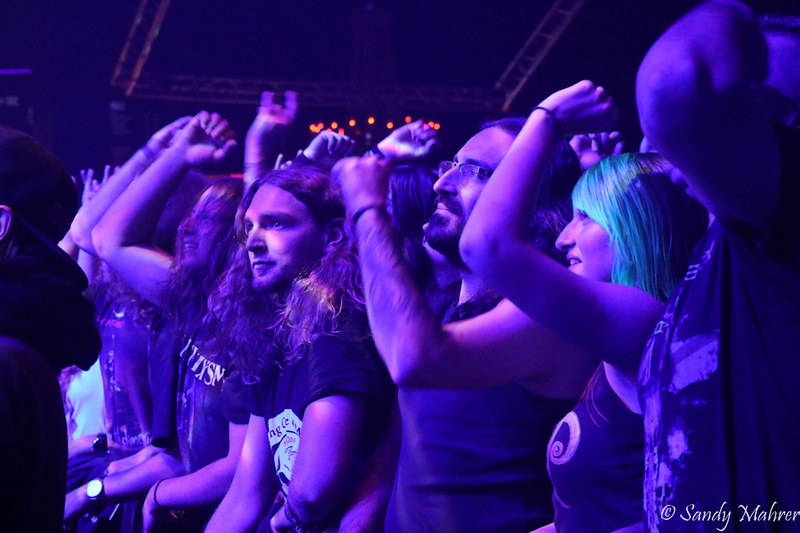 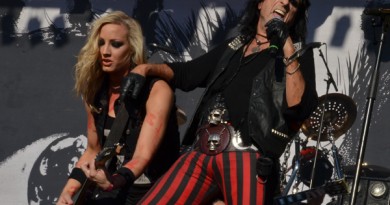 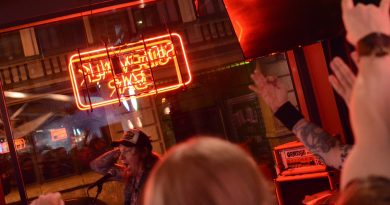