It’s been a few years since I have watched the Italian super group Lacuna Coil the last time and I am curious about their development. Not so much to be heard of them nowadays, unfortunately, and their hit everybody can sing along is «Heaven’s a Lie» from 2002. Back then their shows were mostly sold out, tonight it’s a few hundred people, I had expected more. Probably because you hardly hear anything of and about them any more.

The Finns Amberian Dawn take on the difficult task of support act tonight, for me it’s the first time I see the new singer Capri, and I am positively surprised. Before I saw Amberian Dawn as a progressive chaotic Nightwish copy and I found the high voice of ex-singer Heidi Parviainen unbearable. The songs work much better with Capri’s normal voice and she seems more likeable than Heidi, moves on stage a lot and always with a smile on her face. Maybe because in Finland she also stars in an Abba Tribute Musical – you have to be a show talent for that, and the band also plays the Abba cover «Lay all your love on me» – which appeals to the crowd a lot, the support almost upstages the main act. An example where changing the singer was a win for the band, I’d gladly watch those guys again any time.

After a long changeover the lights finally dim and a circus tent on stage is lit. First on is drummer Ryan Blake in crazy make-up – literally a giant behind his kit and obviously he has a lot of fun. Guitarist  Diego Cavallotti and Bassist Marco Zelati, also in make-up, appear and begin with «A Current Obsession» and finally Andrea Ferro and Christina Scabbia enter the stage. The latter in an red dress and a Lady-Gaga-like wig which might have been a bad idea, she can hardly move with it – but she surely draws all attention. 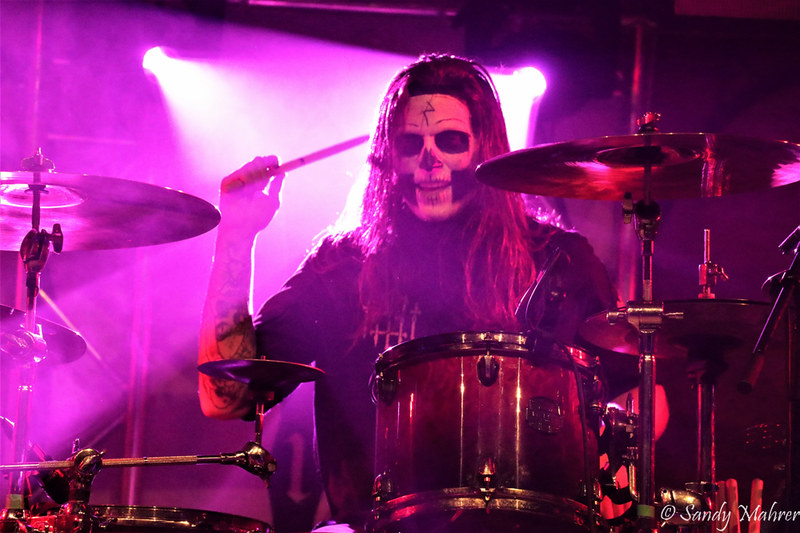 The set list is a mix of old and new songs, in order to celebrate th 20th anniversary of this band –  admittedly I like the old ones better. The show is still peculiar,  Ferro and Scabbia rarely interact and rather stay apart when singing. That was something I have always been wondering about – don’t they like each other any more? 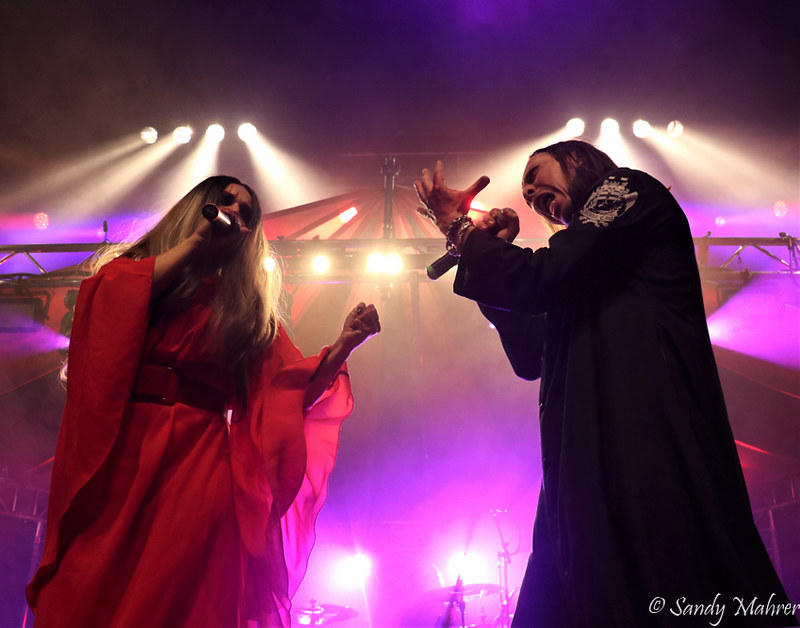 In the middle of the gig some calmer moments with «One Cold Day», written for band member Claudio Leo who passed away in 2013, sung by Scabbia alone. But then there’s party again, kicked off by Ferro, and people are no longer standing around, almost seeming bored. Finally the audience sings along with the Super Hit «Heaven’s a Lie» and with «House of Shame»  Lacuna Coil leave the stage, only to return for: «Our Truth» and the Depeche Mode Cover «Enjoy the Silence” for everyone to sing along. Then  «Nothing Stands in Our Way» is indeed the last song. I would have enjoyed a bit more show elements or more interaction between the band members, but it was a typical Lacuna Coil show, and it was great to see them once again live.