The year is slowly coming to an end, we have all enjoyed the summer festivals and currently an abundance of concerts is to be found in Europe, so that it is impossible to visit all those you would like to see. In addition, everything is getting more expensive and you can feel another crisis coming up in the event industry. Let’s hope that it will not cause too much damage. Times change, the world keeps turning, but one thing has remained the same for decades; Saxon. Biff Byford and his crew always go on a little European tour before winter and today they stop by at Z7.

With Diamond Head opening this evening, we get another British band which can look back on more than 40 years of history. However, not with singer Rasmus Bom Andersen, who joined the band only in 2014. In the nicely filled Z7, the gentlemen around mastermind Brian Tatler can quickly get the crowd rocking and headbanging. Their last album “Lightning to the Nations 2020” was released some time ago, but only now they have the opportunity to tour as openers for Saxon. We all know the reasons for that. The gentlemen seem to enjoy performing in front of almost 800 fans very much and singer Rasmus doesn’t miss the chance to take over the stage, even balancing on the front boxes from time to time. A successful warm up for this evening. 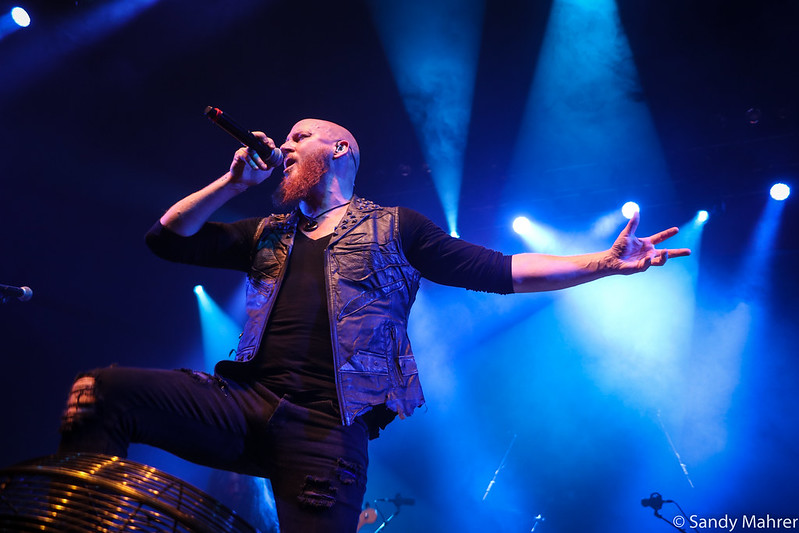 Saxon was founded around the same time as Diamond Head, so Saxon and Mister Tatler should be old acquaintances. Their album released this year, “Carpe Diem”, remained at #4 in the Swiss charts for 5 weeks. The best ranking ever achieved by the band in Switzerland, so it’s not surprising that so many people came to Z7. Many of the older generation, but also the metal newcomers are present tonight as followers of the charming Englishmen, who go through their program without much ado like announcements and digressions. At the beginning of the show, the program is focused on songs from the newer albums. In my opinion there could have been a bit more of a mix, but still there is a good atmosphere. Towards the middle of the show, they finally come – those songs everyone can sing along to. Plus, those fountains on stage and the good light show also provide something for the eye. It’s a pleasure to watch the band on stage, and it’s fantastic to see that Biff Byford can still headbang and sing like that at the age of 70. Huge respect for these gentlemen, they still have so much passion after more than 40 years on stage. In the audience you can even spot Swiss rock celeb Marc Storace from Krokus, who also doesn’t want to miss those metal legends. The mood rises steadily and so the gentlemen have to return twice for encores. Around 23.00 o’clock Biff announces that now it would be the end, but they would still play two songs. These two become three and of course “Princess of the Night” must not be missed, the very last son, sung along loudly by the happy crowd.

If you are into spontaneous decisions, you can still catch the band live on October 23rd in Lausanne, Switzerland, at the club Le Docks, which is also the final show of the “Seize the Day World Tour”. 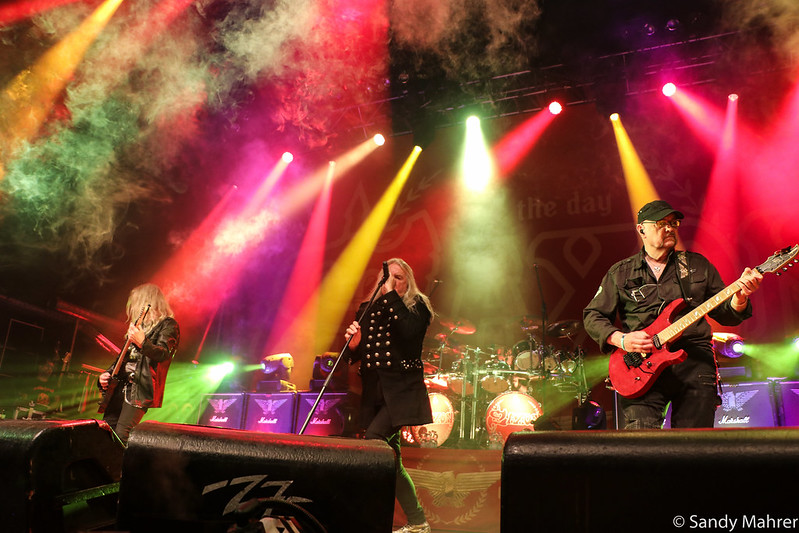