The comeback of the legendary crossover band Faith No More was one of the remarkable recent news on music heaven. Their new album “Sol Invictus” – released in May 2015 – had been eagerly awaited and quickly encountered enthusiasm. Now they are touring again, so also in Hamburg. A stream of thousands of young and old fans crowded the trains and buses of urban transport, the Hamburg sports hall looked sold out.

Dressed like a sports team – pretty fittingly here in a sports hall – the show was in fact quite sporty. The hall was well filled from the very beginning, the audience took the Slavs sympathetically. By the way, on the band´s website you can download their penultimate album “Apsurdistan” (2013) for free. The album “Wild Wild East” (2011) was released by Faith No More bassist Billy Gould on his label Koolarrow Records. Founded in 2003, Dubioza Kolektiv are among the most popular bands from the Balkans and East-Europe.

The conversion of the stage went smoothly and professionally very quickly. Everything was dressed in virginal white, decorated by lush (artificial) flower arrangements. The musicians of Faith No More appeared as well in white dress, perhaps as a contrary contrast to the otherwise prevailing in metal- and rock-zones Black…

Faith No More opened with the new song “Motherfucker”, which they had in 2014 already released as the first single. This was followed through one and a half hours by a well-balanced mixture of the most important old hits of the 80´s/90´s like “We Care A Lot”, “Epic”, “Ashes to Ashes” or the ballad “Easy” with songs from the new album. Rock, Funk Metal, Pop, HipHop as a proven mixture.

The difference between then and now was live recognizable: the old songs were despite style crossover more catchy, the melodies more straightforward, the compositions even more fresh and direct. In contrast, the new songs after the 18-year break are more labyrinthine and complex, very interesting and powerful, but in concert not so immediately captivating. Nevertheless the new album “Sol Invictus” is a very great piece of music; may be, more to listen than to party.

Less based on hip-hop elements of the previous years singer Mike Patton brought the full strength of his voice, partly broken by cracks of experimental vocal gimmicks via megaphone or stuffed in the mouth microphone; here greeted the influences of his solo projects. Sure, everything revolved around him on stage and vocally he was fully there – the famous bandwidth and the enormous expressiveness of his voice from deep-smoky up to shrill screaming, of operatic reveling to sonorously singing – he gave what he could. At the microphone temporarily accompanied by keyboardist Roddy Bottum.

The band played as if they had never parted, an experienced unit. Very impressive to see how real and accurate in tune also sounded all the old songs. The several thousand visitors celebrated, even in the back rows above the choruses of old hits were sung. The new songs have to enforce only and develop their awareness, even this just is not so easy to join in as with the earlier material.

Obviously, Faith No More are back. However, it looks the same, what already had been shown at the end of the 80s – without their singer Mike Patton they are just a great rock band among many. Only Patton manages to make the musical quality unique and extraordinary. 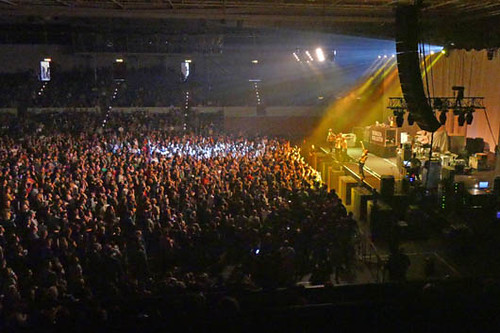 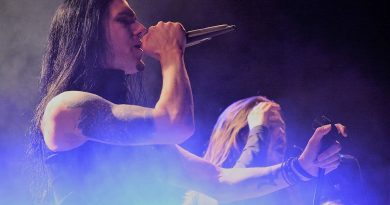 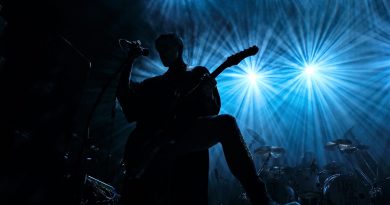