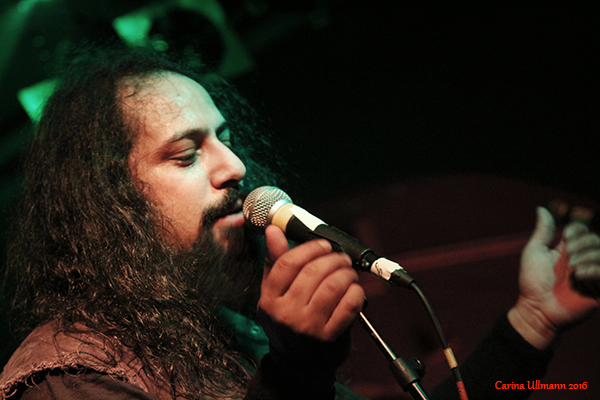 I was asked if I had time and the will to go and check out the Thrash Mercenaries Tour – Thrash Metal. Oh la la. And me. So far not really my cup of tea, but I am always open for new experiences and thus I made my way to this small venue – and was really up for a surprise!

A smaller room in the cellar, cozy and intimate and pretty early lacking oxygen but was instead filled with smoke. So clearly no place to be for non-smokers like me, but close your mouth and nose, you do not need oxygen for a proper load of headbanging anyways! 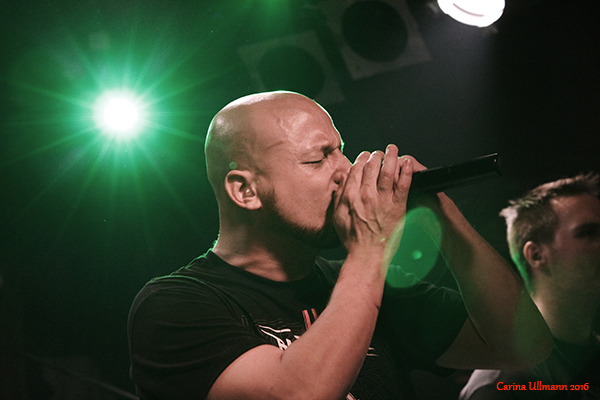 It started rather quietly – at least when it comes to the amount of people in the crowd that made their way to MONOLYTH, who opened up this night (only for 4 gigs on this tour). When they started playing, I was surprised how much melody the band put into their tunes, mostly offered by a really good guitar and supported by vocals that could convince not only by Thrashy parts but also by clean vocal passages. The full package clearly got you going, the crowd was having fun and the band gave full power! 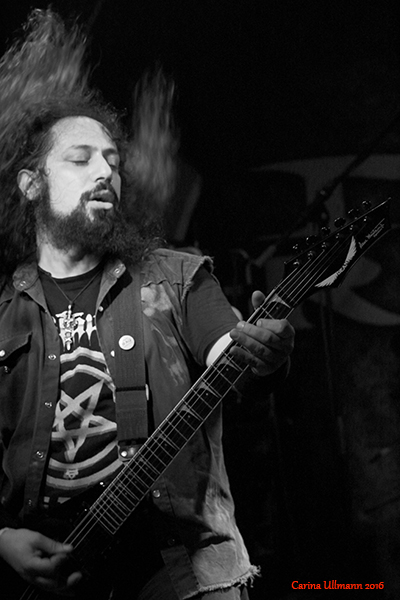 After the first little break it had got a bit more crowded already (well, crowded would be exaggerated, unfortunately) for BLAAKYUM. It has to be frustrating if you´re used to more audience from the previous shows, and those people also being more enthusiastic – yet in Hamburg and during the week, this is a challenge for itself. But the audience surely supported the band and you could see how much fun the first rows had. Putting down the beer and clapping along, partying and headbanging – the music clearly was inviting to go along. Whoever still was not moving along to the music, they were beyond help. The mix of Thrash metal and oriental influences coming into the music with percussion really captured me and stole my heart. The band clearly did not only win me as a new fan, but surely some more people from the audience – at least when judging from all the comments that I heard after the show.

Now it started that the change over times were used to quickly „grab“ some fresh air outside and to check what was happening online – because not only oxygen was rare downstairs, but so was mobile network, which irritated quite a few of those that had never been at this venue before. 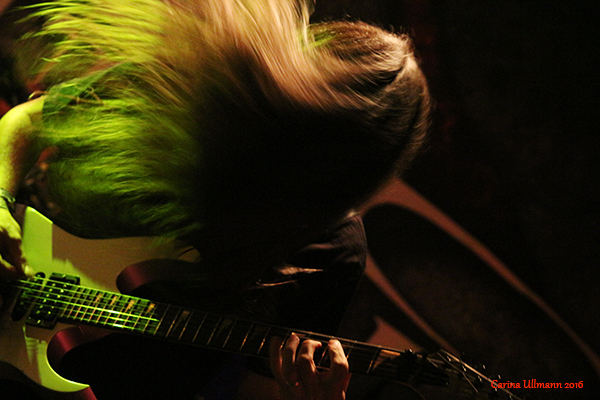 Then a quick trip to the bar to get a new beer, then the audience was ready for the third band of the evening: NO RETURN. In comparison to the bands before, the sound had suffered a tiny bit, but the interaction between band and audience, fearless of getting close to the band, made up for it. I had the feeling that everyone was happily going along to the powerful sound of the band, whilst I was the only one not being too convinced. But it´s better like this than the other way around! 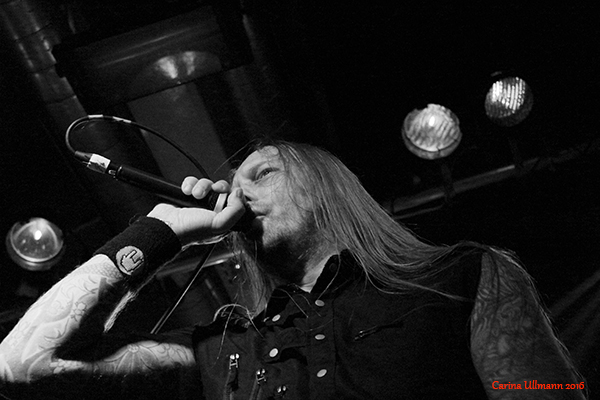 It continued with MORS PRINCIPIUM EST – and I was a tad speechless when I saw how many people in the crowd were actually singing along and knowing the lyrics really well. It seems they have a small fan base here, and no surprise that they were attending once the band plays in Hamburg. It was really nice to watch how band and audience fully enjoyed the show. And so did I, when I was not getting annoyed by the use of backing tracks – the use of those is something I will never understand, as all affected vocals would´ve done just as good without those. But overall it´s been an inspiring performance and presented a music that at least for me clearly showed a Finnish touch sound-wise and thus also had a bit of melody to offer.

After the last change over it felt more crowded than before all of a sudden – ONSLAUGHT conquered the stage and really rocked the crowd and the (small) stage. The audience fully enjoyed every second of their set, sweat was running and breathing was difficult. The band went full force ahead and everyone present had no other chance than to go along with it voice and power, so that this evening had a nice closure.

Overall I was positively surprised about this line up – I gotta admit that I only knew the bands´ names, and fell in love with one or the other. And I think this full package also made the audience quite happy, judging from all the smiles on people´s faces! 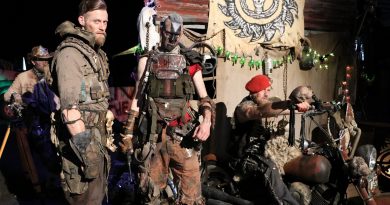 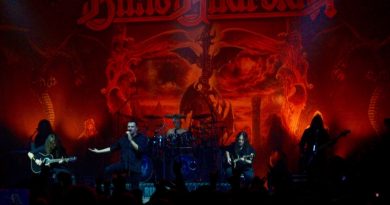