It´s absolutely worth to keep an eye on the Finnish festival calendar also in winter and to have a little trip further north. For example to Jalometalli Festival in Oulu, where Club Teatria was once again an excellent host for a top line up.
Interactive photo gallery at the bottom   photos: K.Weber
And it started so punctually that I missed about the half of Mors Subita who played a Death and Black Metal cross over with Thrash elements, and they managed indeed to warm up the already impressive crowd.

After that Sear unleashed a riff- and blastbeat thunderstorm, Old School Black Metal, plus war paint, misanthropy and conjuring evil spirits. Only occasionally, like with the song “Mankind´s Last Breath” they reduced speed and added groove.

During those gigs the hall filled up, and for many Shade Empire were one of the favorites. And I was pretty curious, too, how they would pull off their impressive new “Zero Nexus” album (see review) live. Right away, I should not be disappointed. Brilliant clear sound, great light show – thanks to the efficient Jalometally crew that deserves to be mentioned – and the stage presence of the band made the best of this majestic powerful somewhat-Black-Metal-like song material. Everything seemed right, but also live you could not avoid thinking of “Dimmu-Burger”: a massive sound but still melodic, blast beat attacks, an evil strident and posing vocalist – still, Harju also manages clean parts like in “9in1”. Good Show!

When Before The Dawn started, the venue was full and the spirits high. Basser/clean singer Lars didn´t have to prompt cheers; even the faintest jingle of the “Deadsong” theme – their radio hit – made the crowd scream, and a small moshpit was formed. Besides classics (“Unbreakable, “My Darkness”), “Deadlight” tracks “Faithless” and “Morning Sun” they played a new song “Hide Me”, included in the EMI compilation “Finnish Metal Mania”. Despite the “substitute” – Tomi Luoma replaced the sick guitarist Juho Räihä – they delivered a flawless gig. No wonder that the audience wanted more after “The Black”, and again mastermind Tuomas could be spotted flashing a smile.

Metsätöll provoked the first mass party movement with their Folk Metal, it was impossible to sit or stand still. Metallica-like riffing plus bagpipe, hypnotic melodic choruses and a touch of shamanism – to put it bluntly, the Estonian version of In Extremo. Simply irresistible, and not only fans of this genre should check out this band.

Using the term “mass party” is a mild understatement what went on during the Korpiklaani show. Even the Into drove the audience nuts. Those Folk/Humppa Metallers continued what Metsätöll had started, and presented their new album “Korven Kuningas”. But they didn´t forget classics like “Korpiklaani” or “Hullunhumppa”. And you have to admit, you must be deaf not to be inspired by these guys from Lahti and their likeable charisma. A great show that will leave you with a smile.

And some fans preferred to leave smiling, or was it the summer time that reduced the bars´opening hours? When Impaled Nazarene started, slightly delayed, around 0:45 h, the crowd seemed a bit smaller. Sure, now everything that is beautiful, good and positive in this world was about to be destroyed. And sure, they started the massacre with “Suomi Finland Perkele”. Mika Luttinen, the “bald dwarf from Oulu” – this is his self-definition – and his guys battered a mixture of classics and recent material from the “Manifest” album (e.g. “Original Pig Rig”) into the audience. What I appreciate about this band, and which separates it from the average Black Metal act – this twisted cynical black, but still: humour. This humour also spiced up Herra Luttinen´s many speeches, he kept the crowd under his spell, and they cheered and raised their fists until the very last tone. Sure, Impaled Nazarene irresistible, and unique.

Summary: A great festival that hardly left anything to be desired. 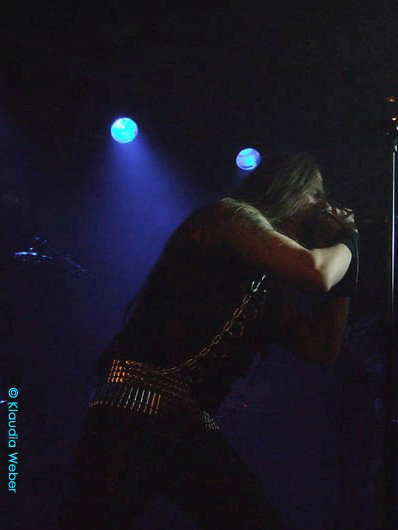 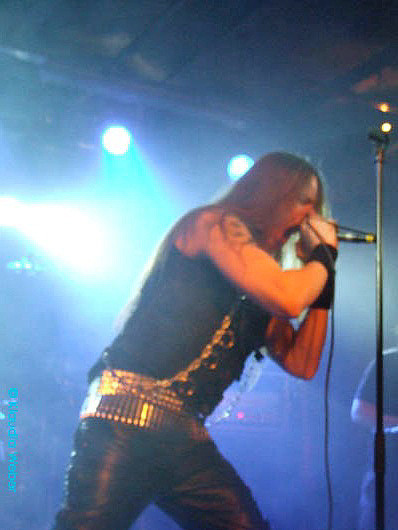 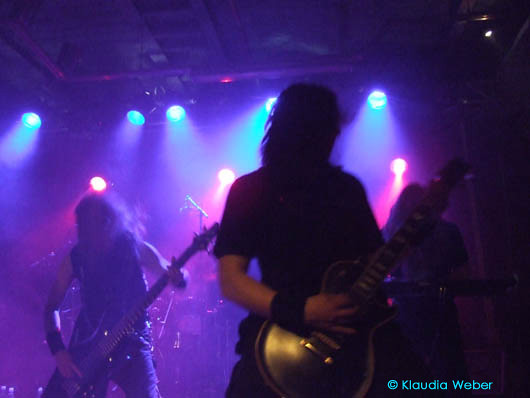 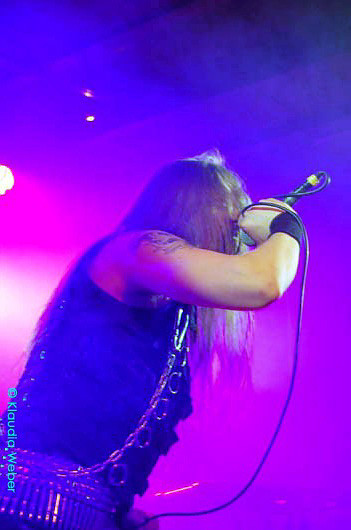 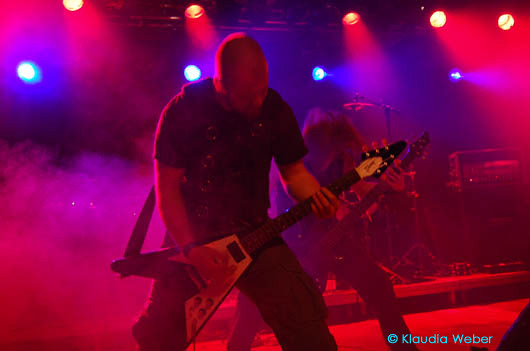 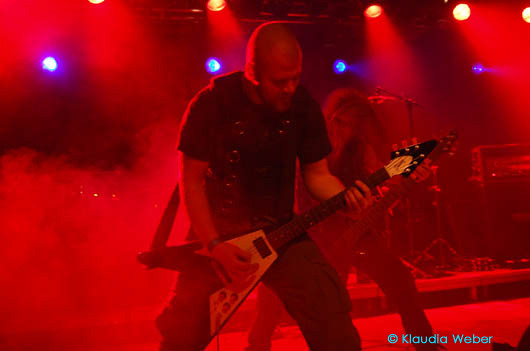 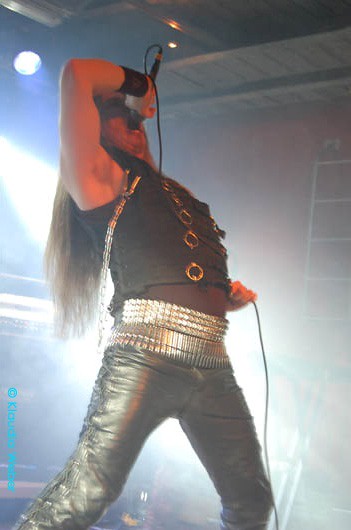 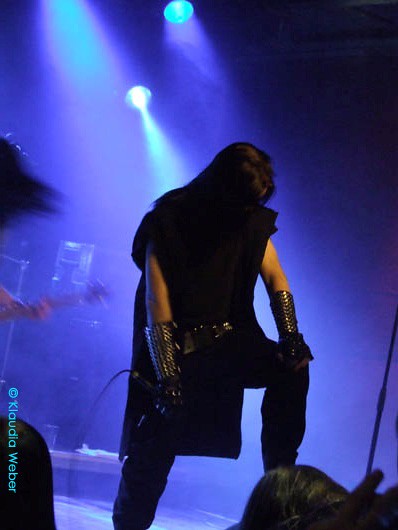 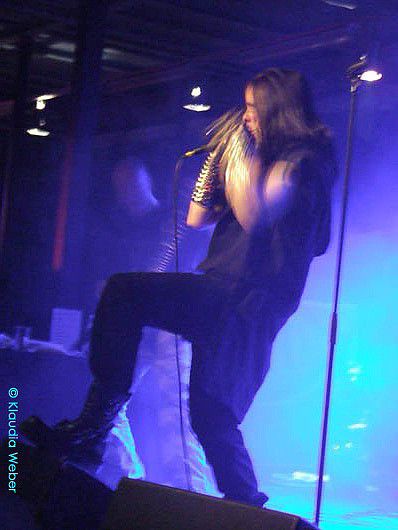 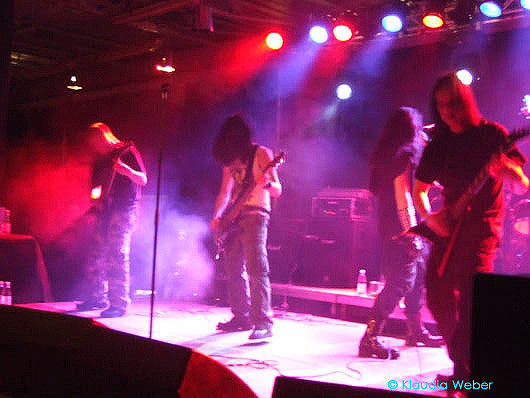 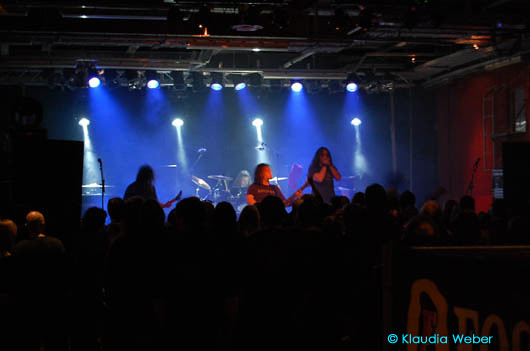 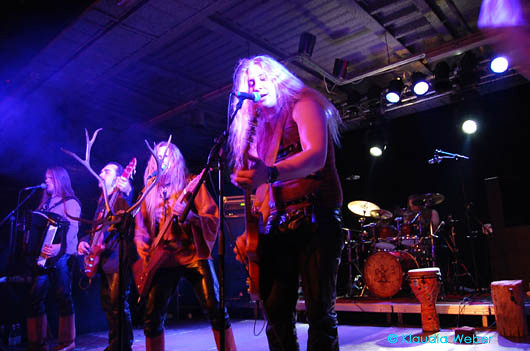 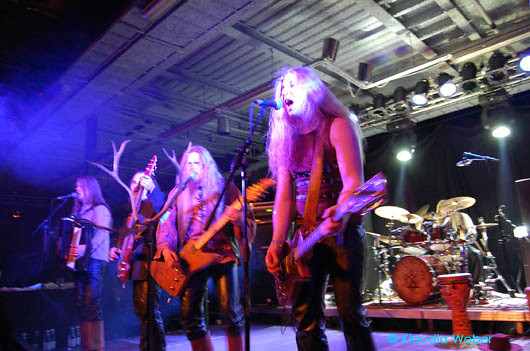 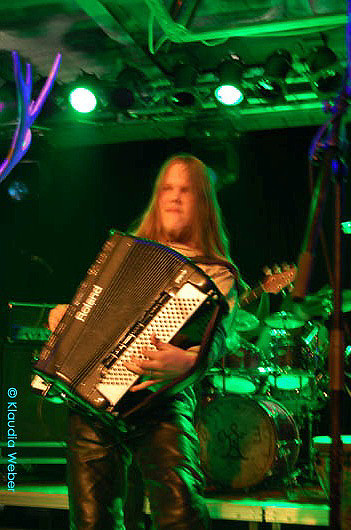 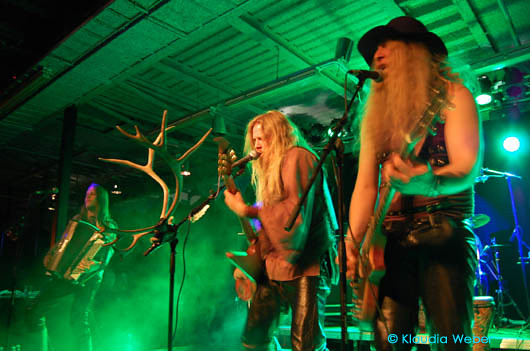 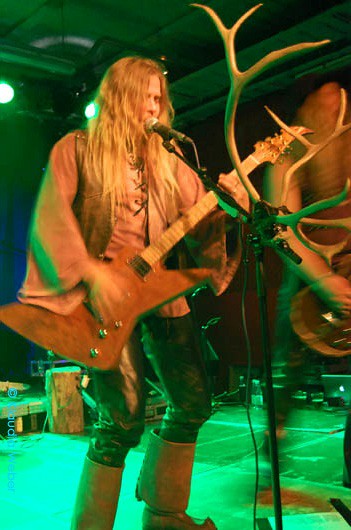 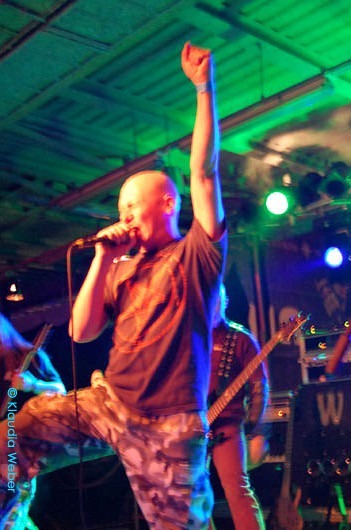 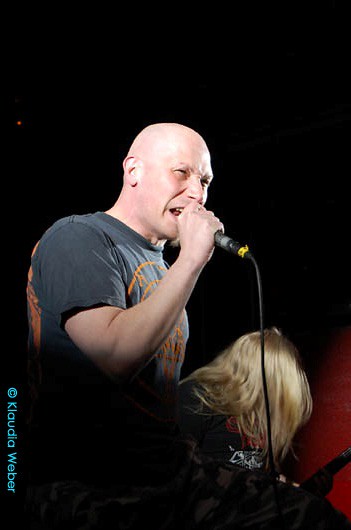 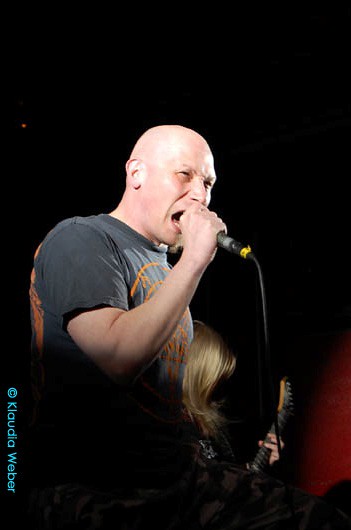 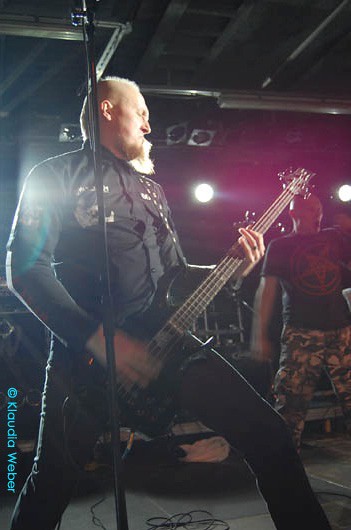 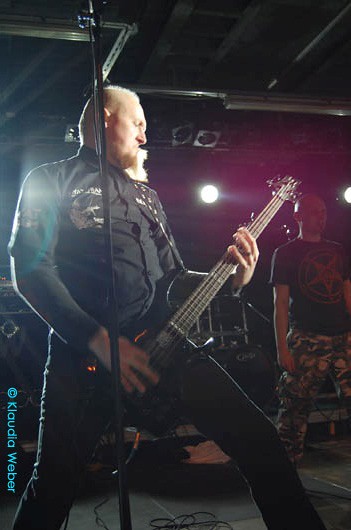 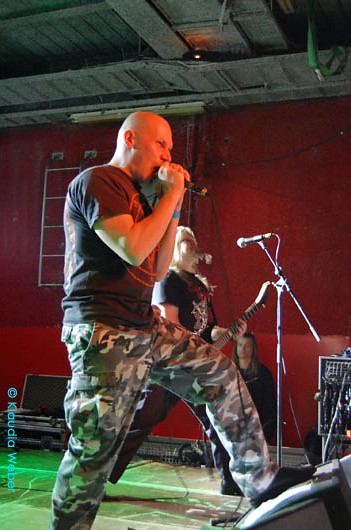 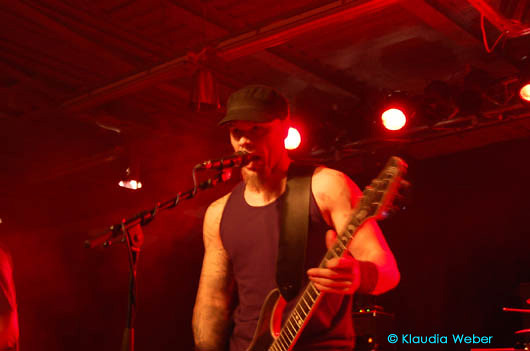 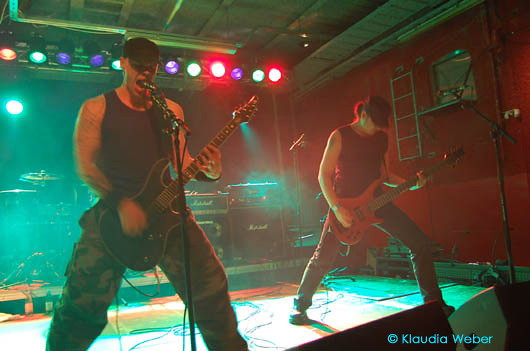 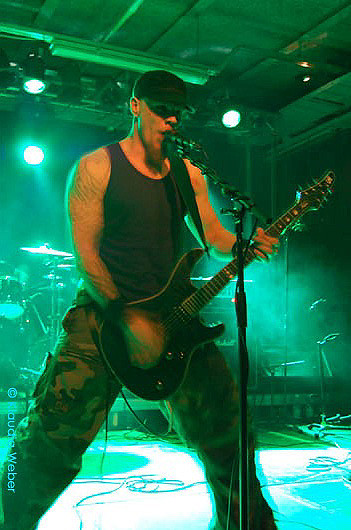 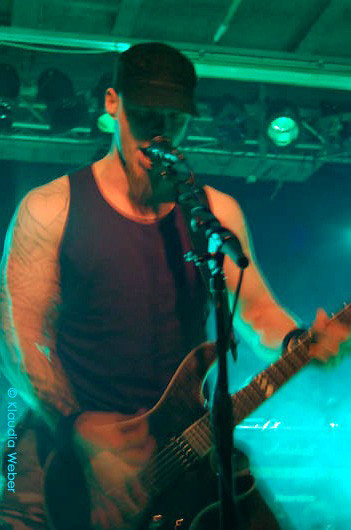 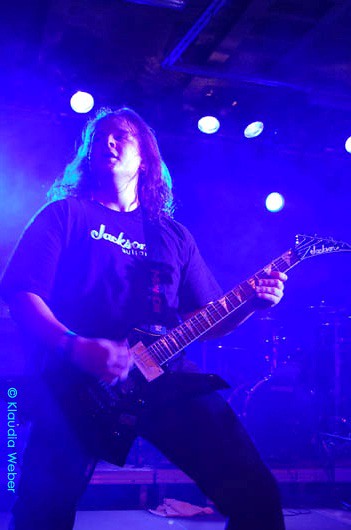 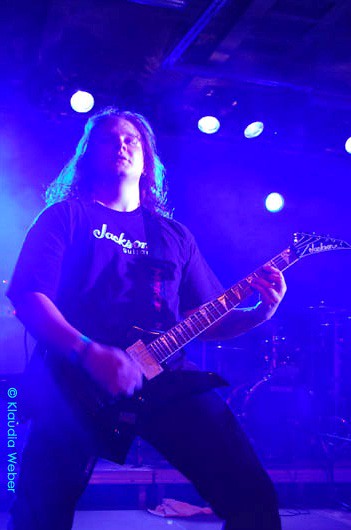 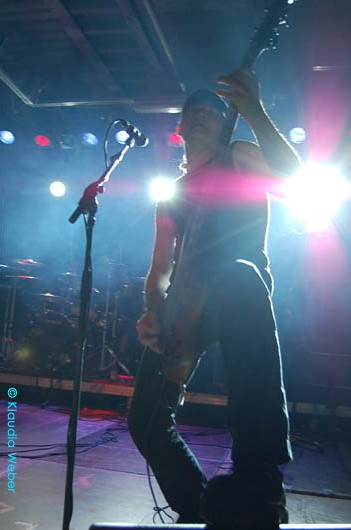 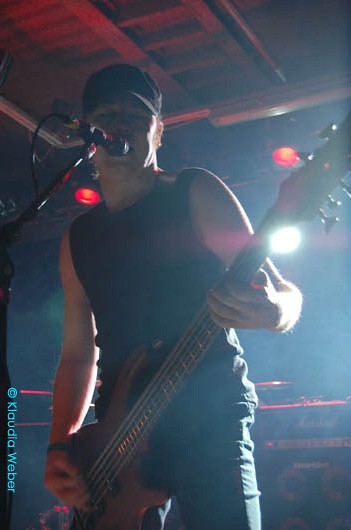 Borknagar: It´s Just How we Sound