18.3.2016, Pratteln, Schweiz
First on in the quite full  Z7 are Black Mount Rise from Düdingen. The quartet plays Alternative Rock, and pretty well. Their songs are catchy and can live up to the level of Shakra. Considering that they started only last spring with this kind of style, it works quite well, yet they could interact with the audience a bit more. Otherwise it’s great and this band is definitely one of those to be checked out if you want to know more about the Swiss Rock scene.  Band website

After a short break  The New Roses from Wiesbaden continue. Their intro promises some  Rock’n’Roll and they impress the Z7 audience with their sound crowned by the raw voice of  Timmy Rough. What bothers me a bit is the fact that his voice sounds a bit “artificial” and that the guys play pretty much for themselves. They do not pay attention to their colleagues and do their own bit, which does not look appealing. Towards the end the songs seem very much alike, a pity as a simple change of the set list could avoid that. Overall not a bad gig of those Germans, but no highlight either. Band website

About 1000 fans have been waiting for the headliner of this evening. After singer  Mark Fox left the band in 2009, Shakra have been playing with John Prakesh. Six years later Mark Fox returns to Shakra (start photo) and somehow it seems that many had just been waiting for this moment. Fox’ distinctive voice simply suits Shakra well and you got so used to it that hearing another voice singing Shakra songs sounds weird. You can spot several fans in the crowd carrying «Finally Back» and indeed they seem to be very happy about the reunion. Suddenly I am afraid that this happened just because of financial reasons and that the show might seem awkward with everybody keeping a distance – but nothing like that; if it was the case they manage to smooth it over. Those guys give it all and entertain the crowd from beginning to the end.

Inside the club the spirits are high, which is rewarded with several encores. I would say that this Swiss band made a successful comeback. Hopefully they stay together. Band website
photos: Sandy Mahrer 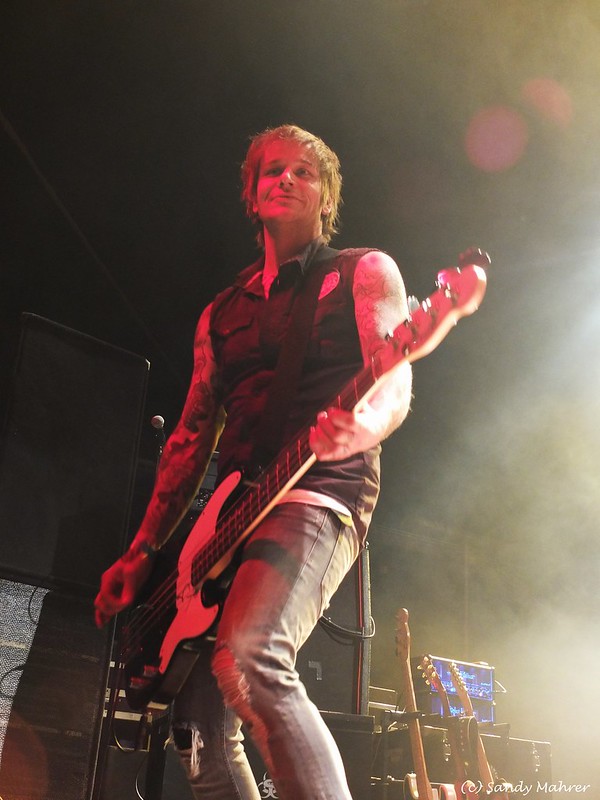 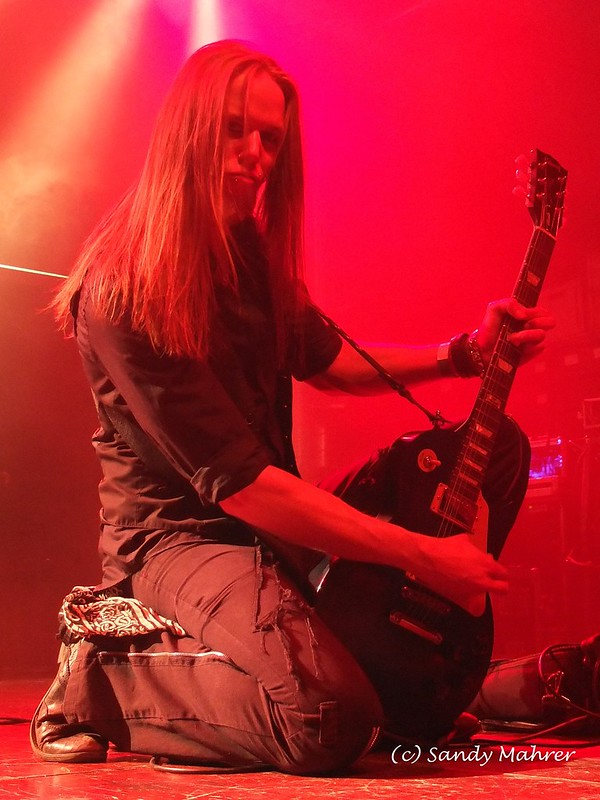 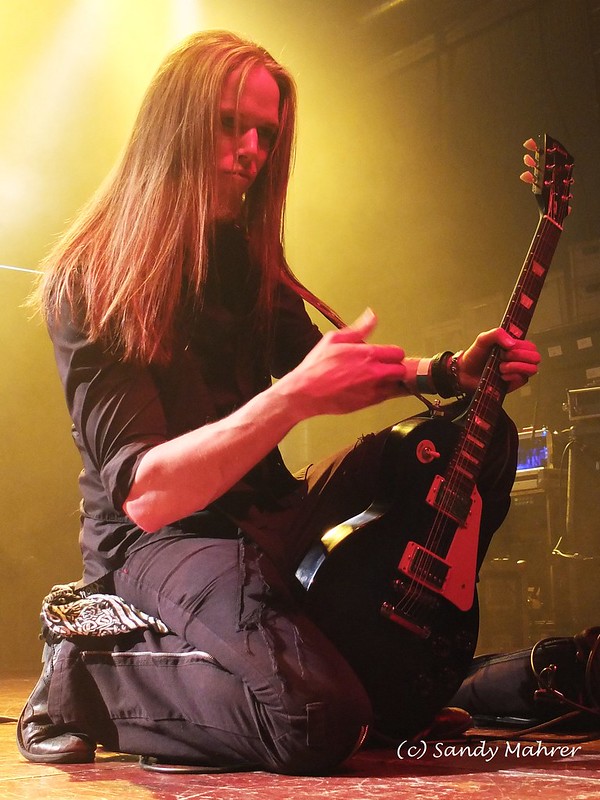 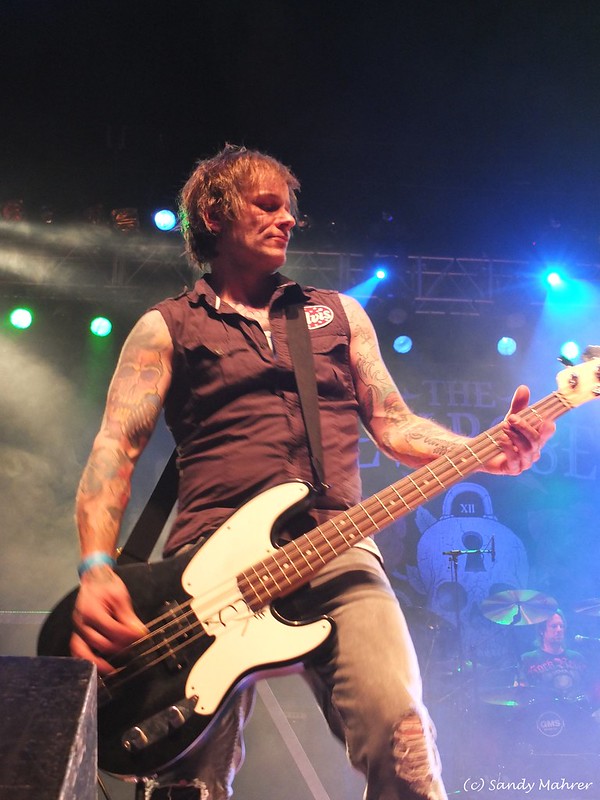 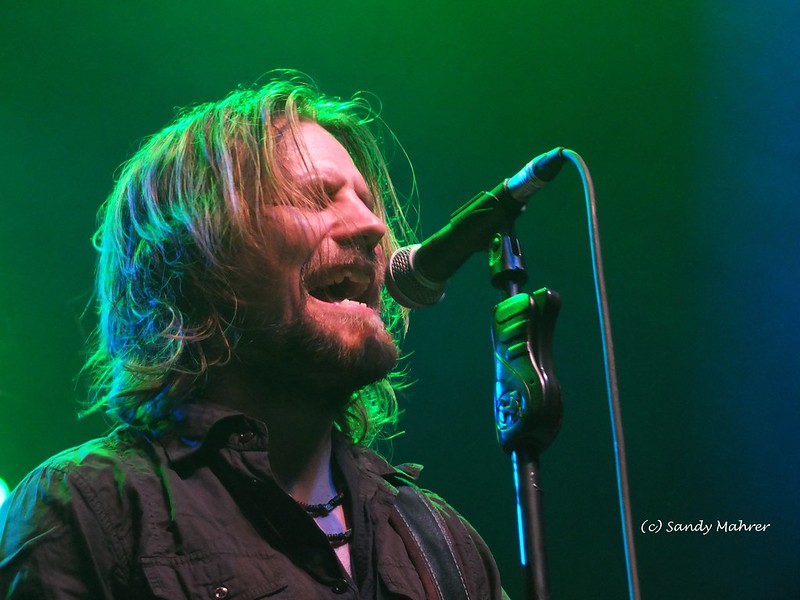 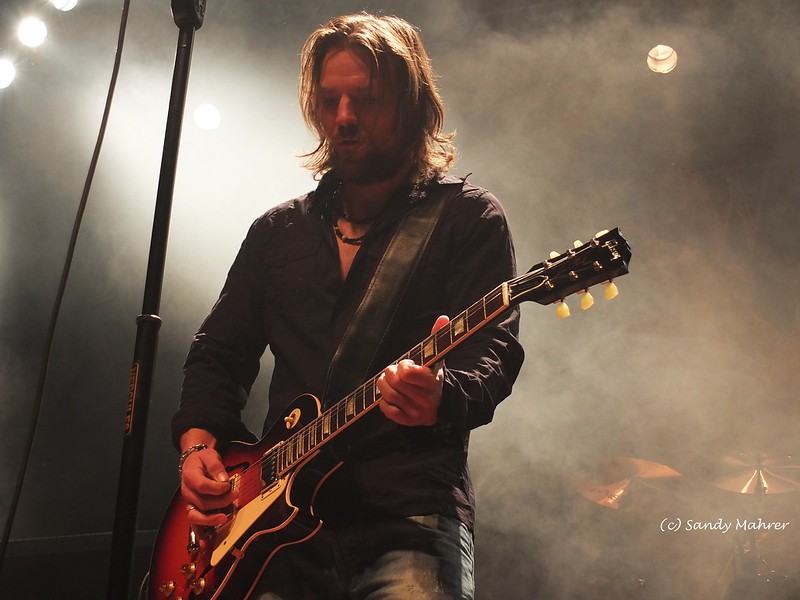 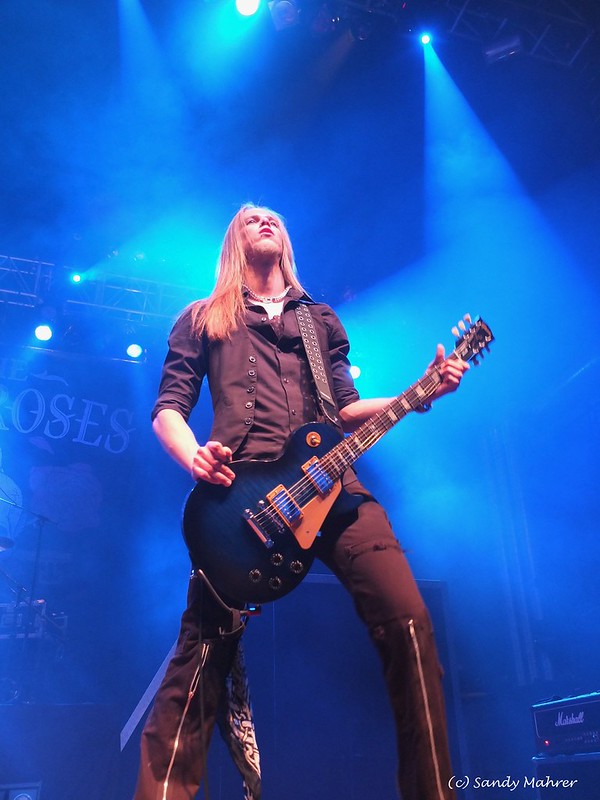 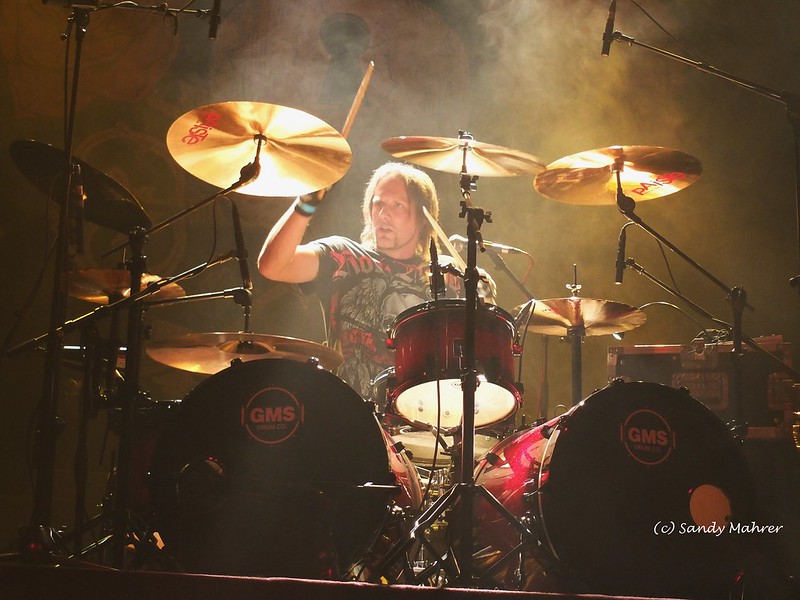 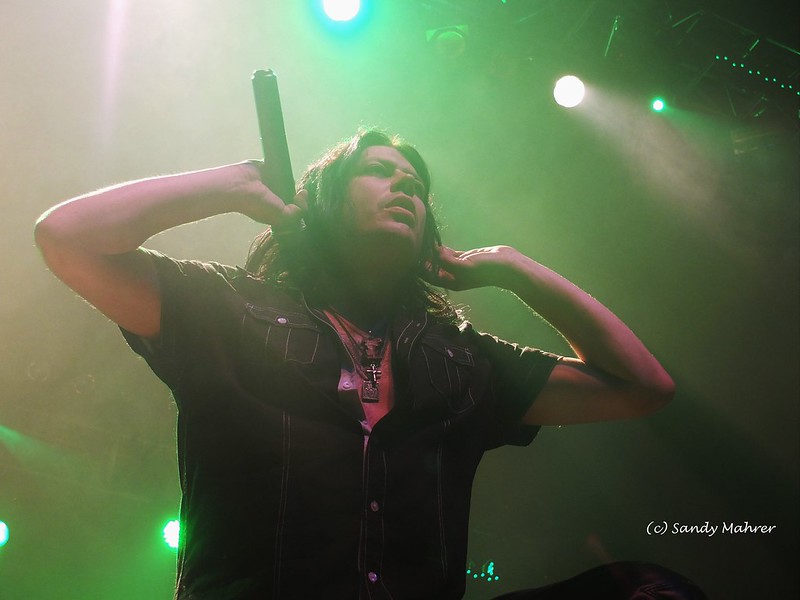 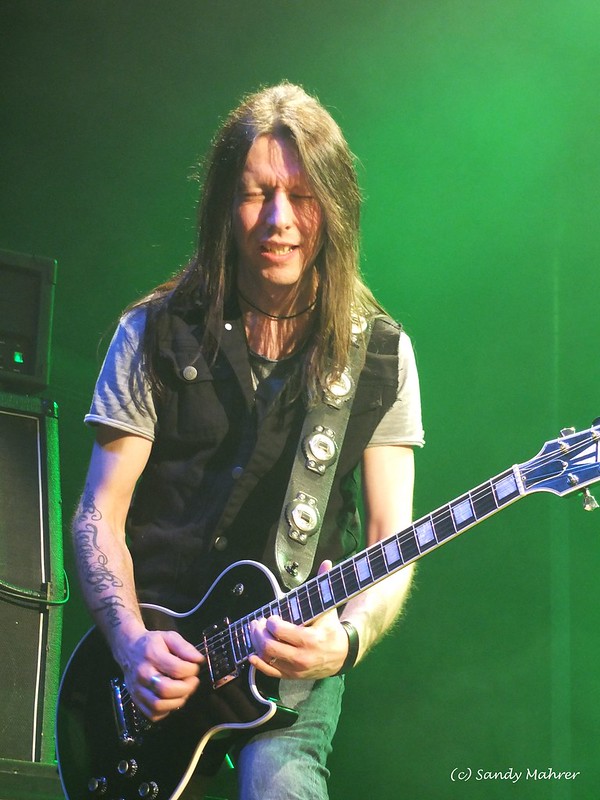 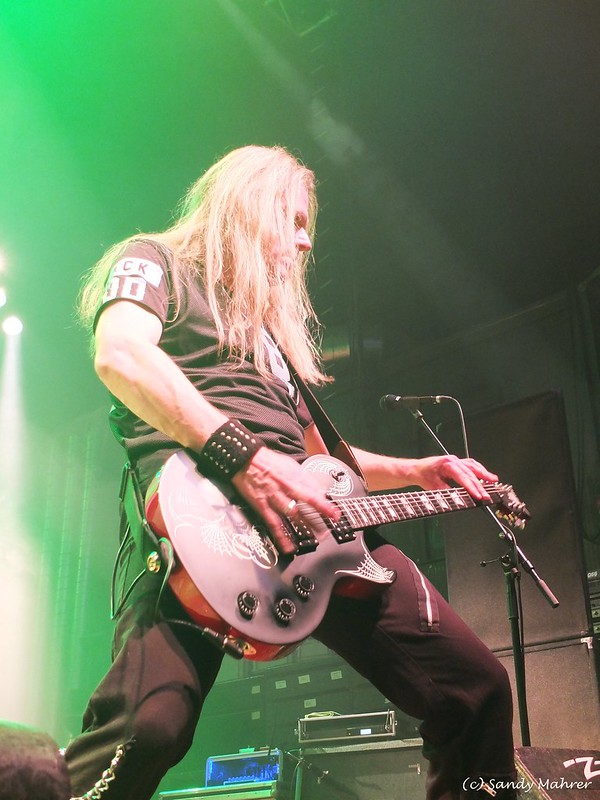 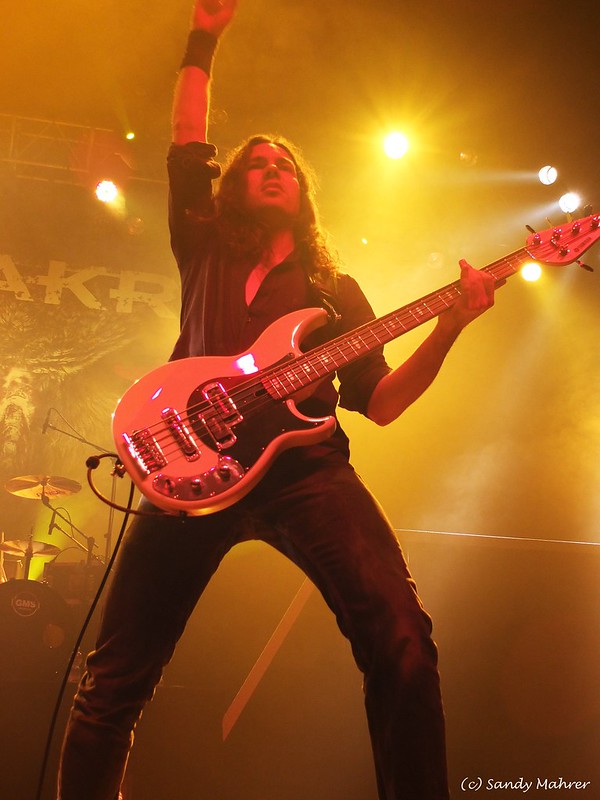 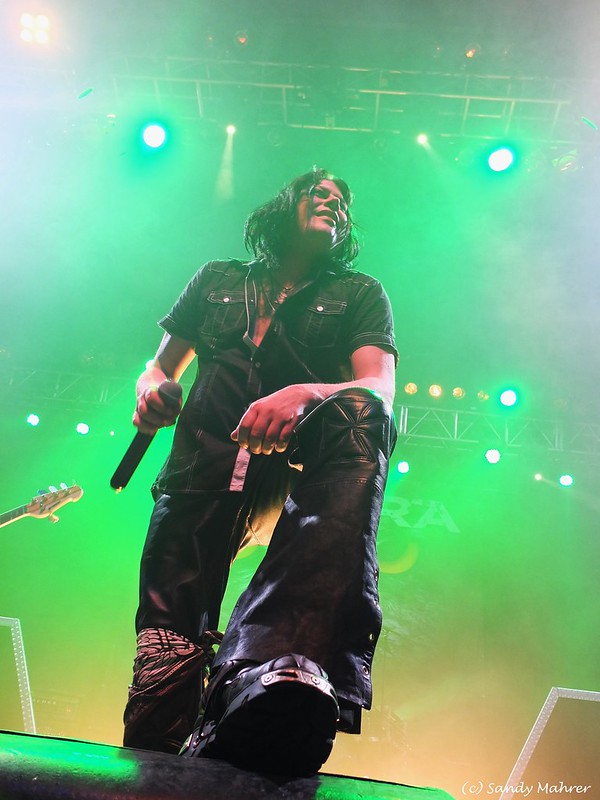 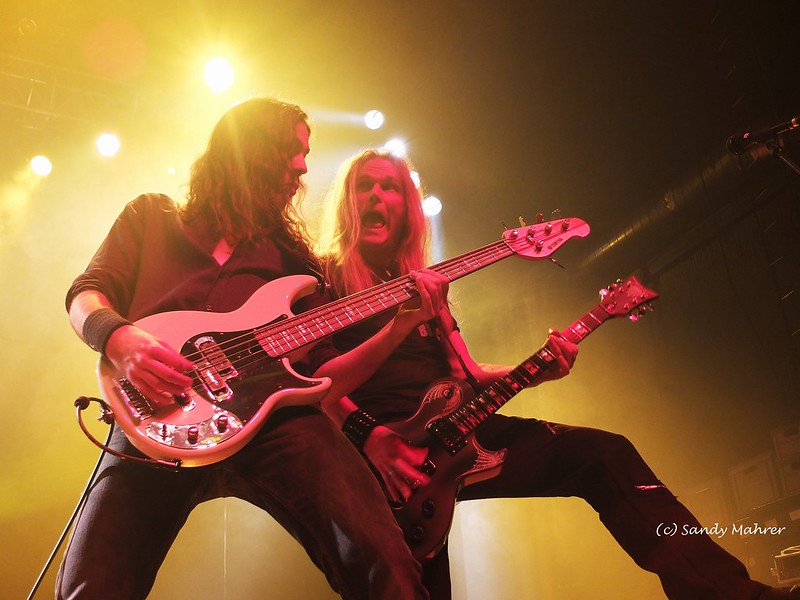 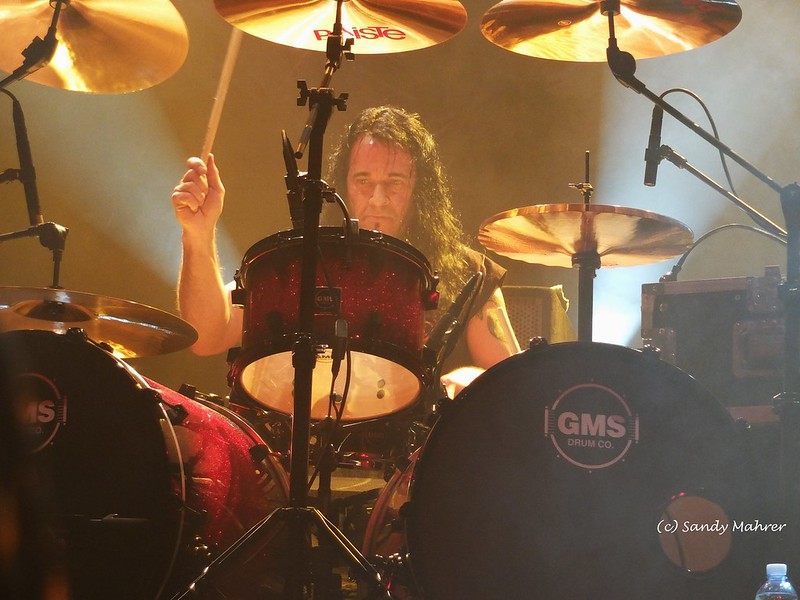 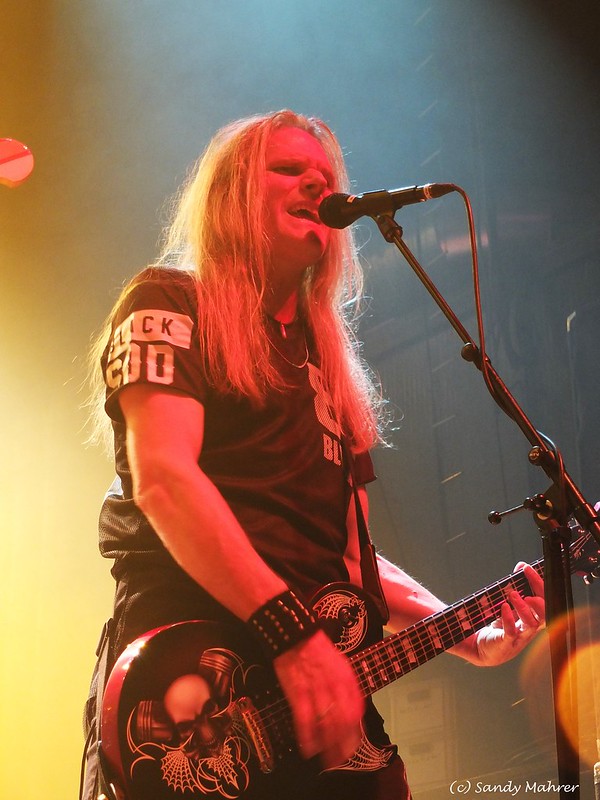 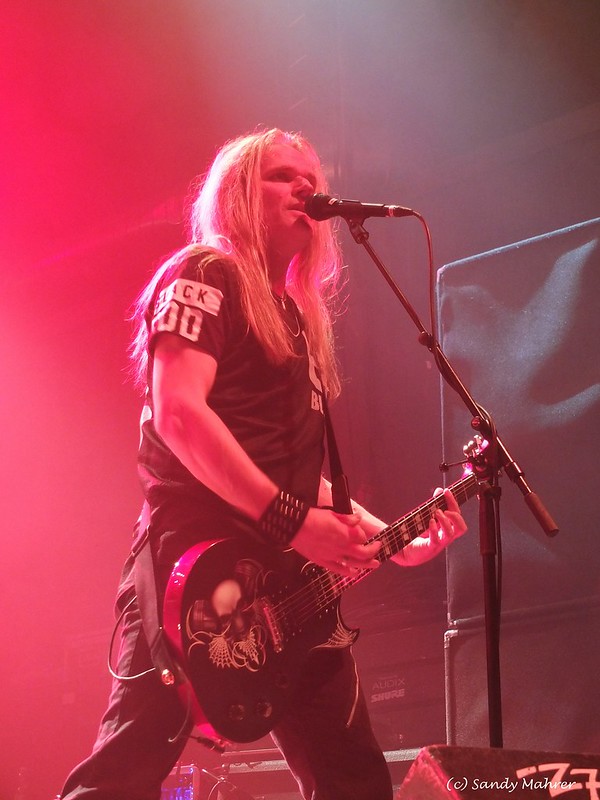 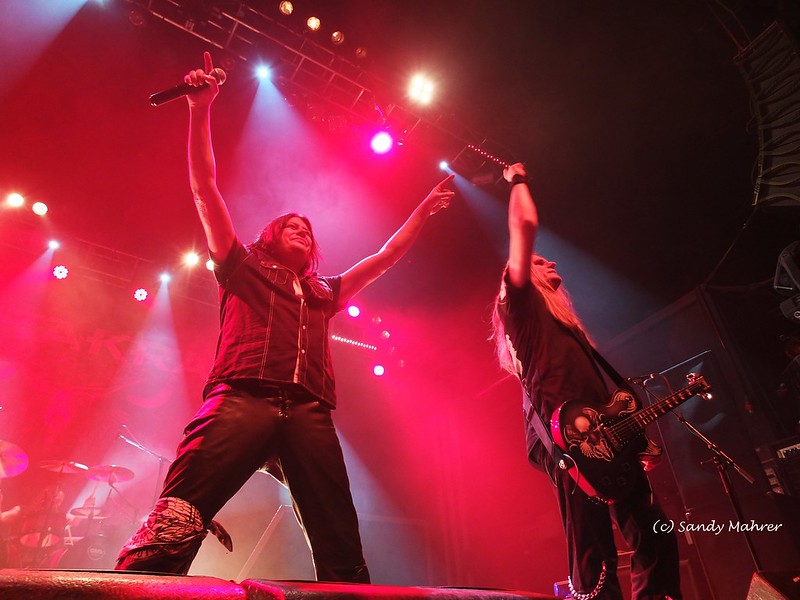 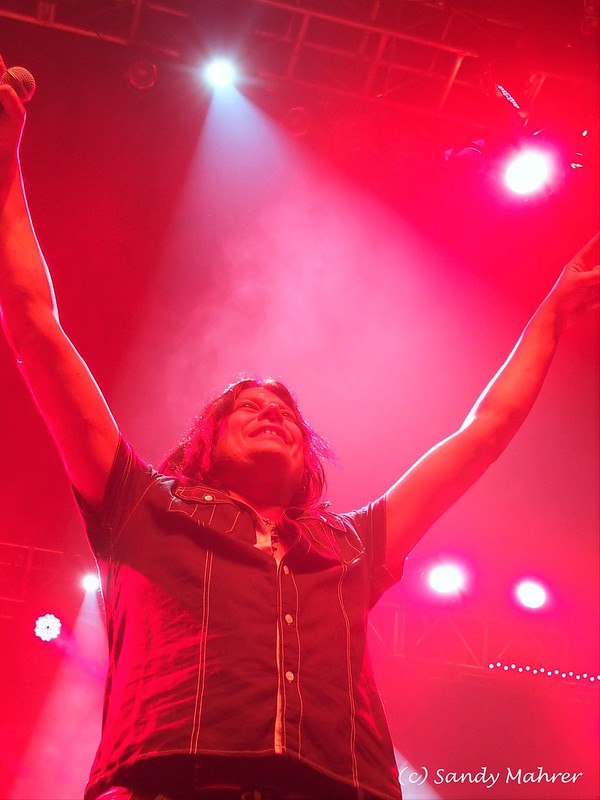 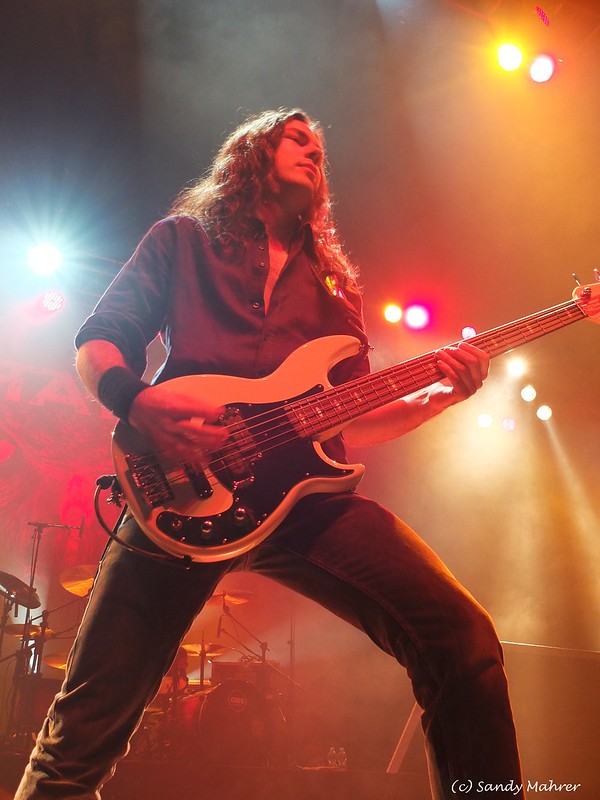 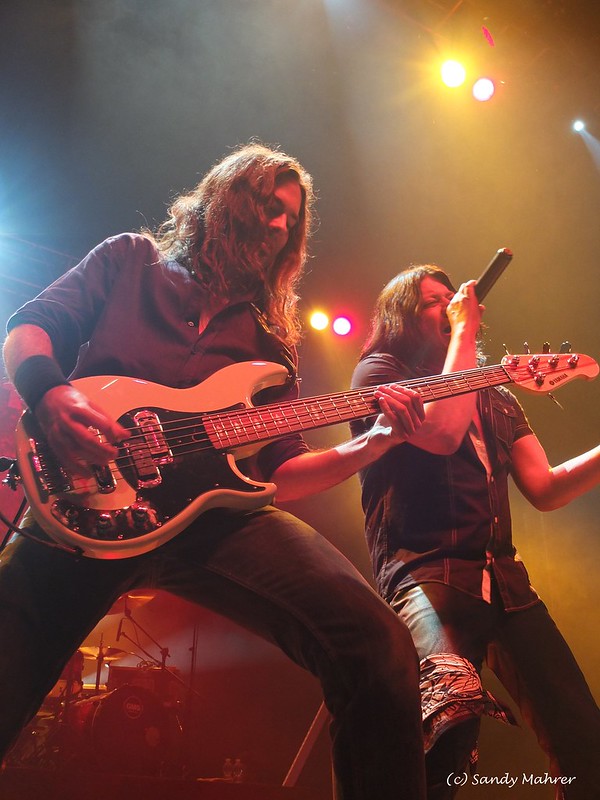 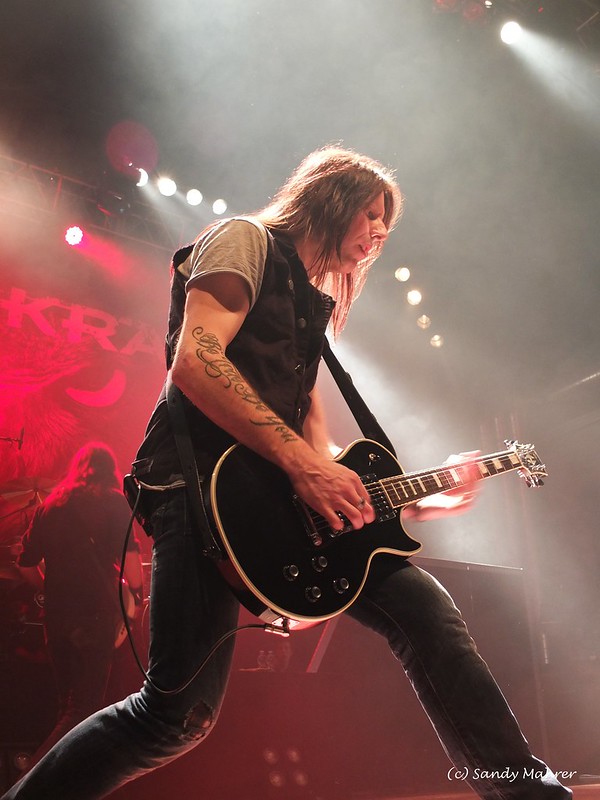 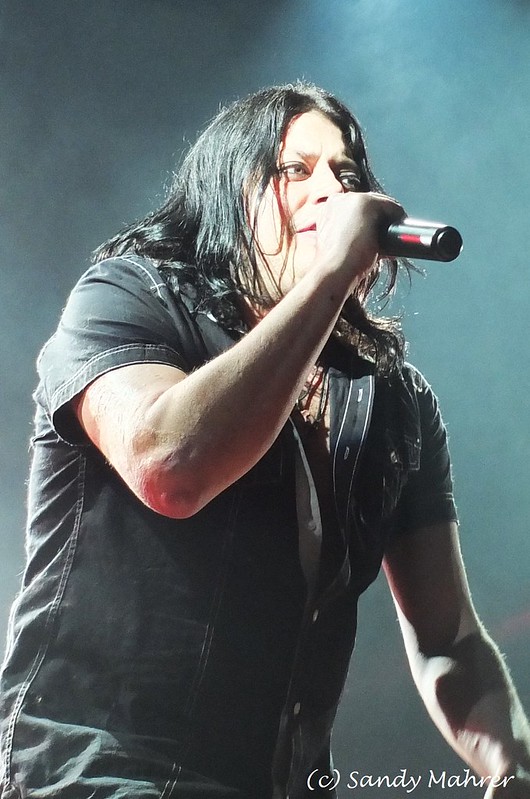 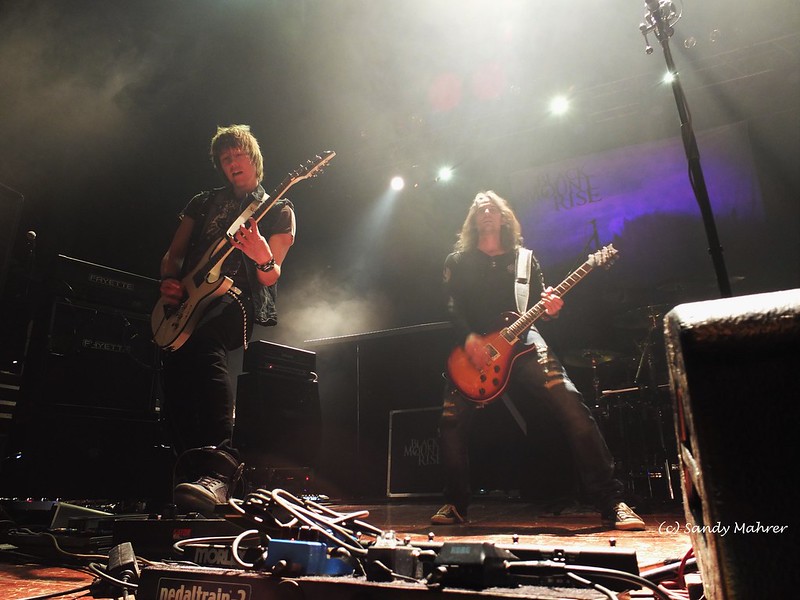 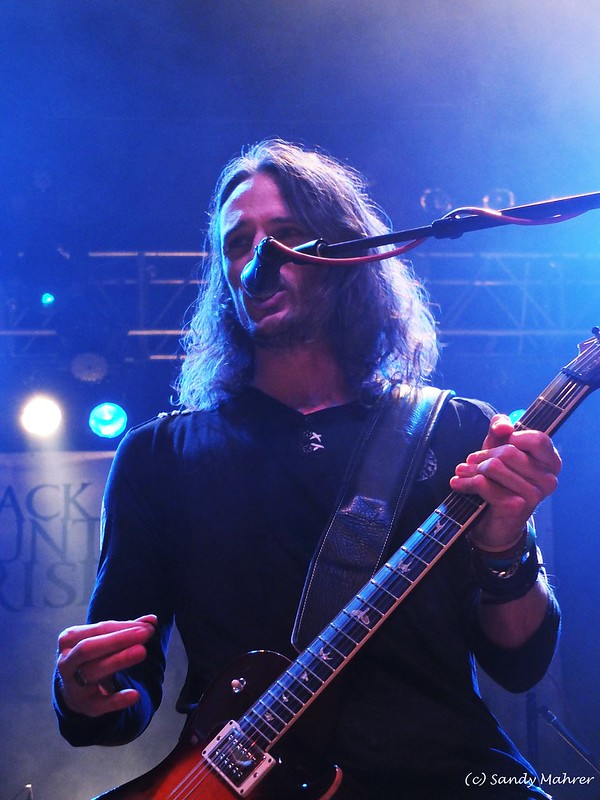 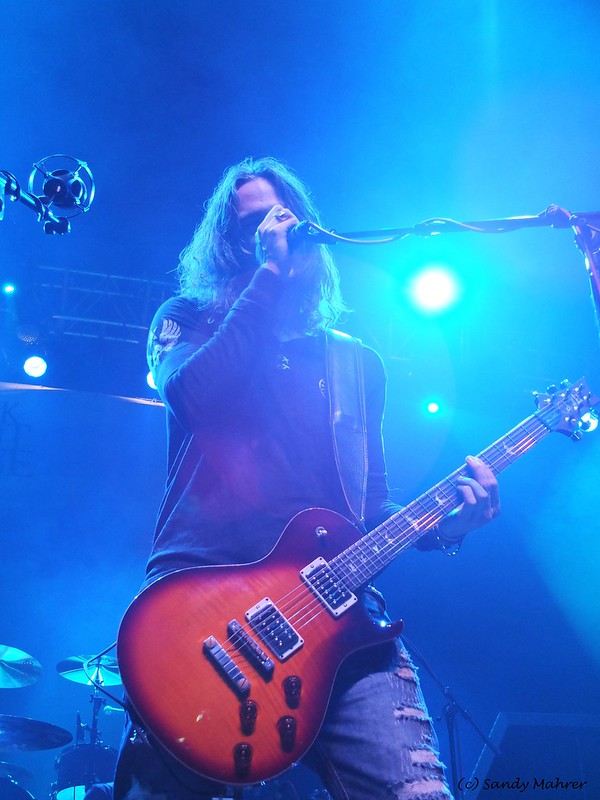