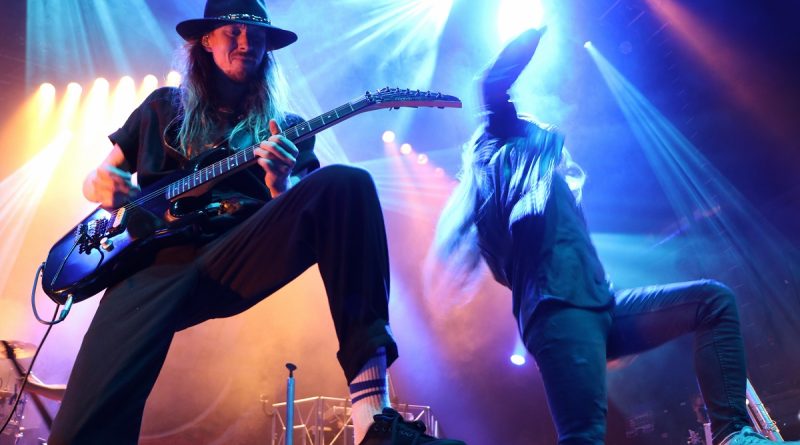 Once again a concert evening with Scandinavian bands, three from Finland and Sweden. Therefore there’s a good mood right away, the groupies lined up – all in top outfits and hairdos, punctually at 20h and «lights out, spot on!»

The first act on stage are the Finns Temple Balls, who have been here at Z7 before on another tour and therefore familiar with the local crowd. They are a bit wild on stage for my taste, more acting – to make the girls scream – than skills. Musically they offer quite good Hard Rock with one and the other song that get me into vibing, but I am not fully convinced. I’d prefer a bit more focus on the quality of the music, the playing and the vocals. 80 % of the audience are fully convinced, though, and impacted by the 80s feeling Temple Balls create with Sex, Drugs and Rock’n’Roll. Quite good business at the bar, people buying one beer after the other. But hey, tomorrow is a holiday and we can afford to have one more. 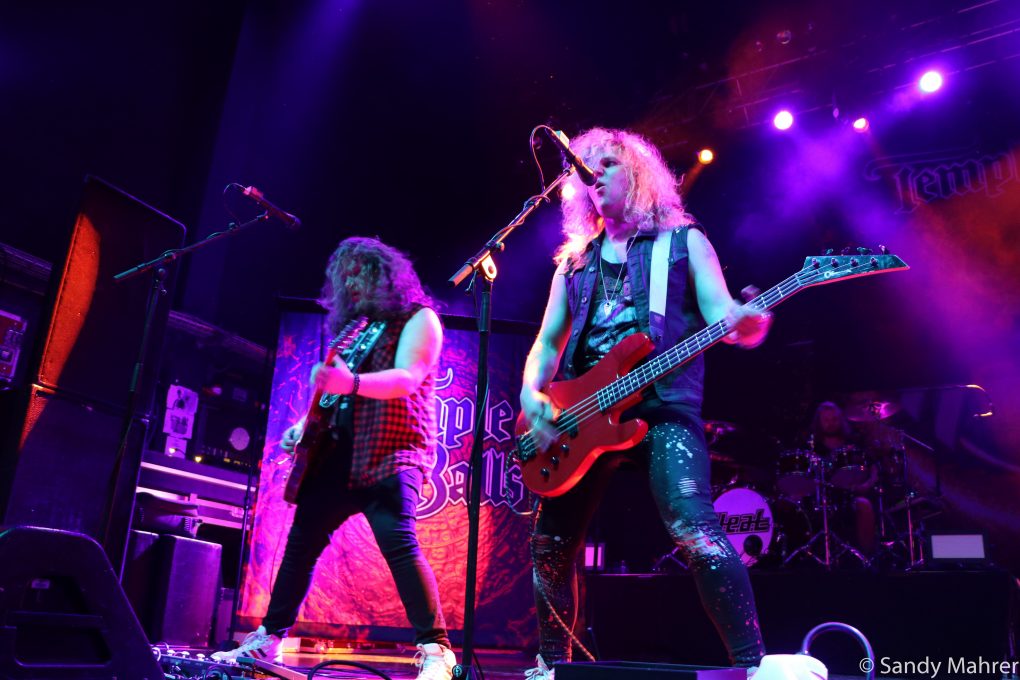 Why Reach are the second band tonight is difficult to grasp. Those guys from Sweden have not been here in Switzerland before and musically it might have worked better to have them on first, in order to avoid this genre shift. I remember Reach still with singer Alex Waghorn, who left the band right after the first album. In the meantime mastermind and guitarist Ludvig Turner took on this job himself and does it quite well. Musically there was a big change, though, which might be the reason that it’s so difficult to get hold of the band’s older stuff. Reach did a re-boot with music that reminds me of Muse, a bit psychedelic and calm, especially when compared with those 2 other bands on the bill of this tour. But those 3 are really likeable on stage, you can see drummer Marcus Johans’ big smile even in the very back of Z7, whereas basser Zouf seems calm and cool. Despite the stylistic misplacement, they show how much fun they have to be part of this tour. 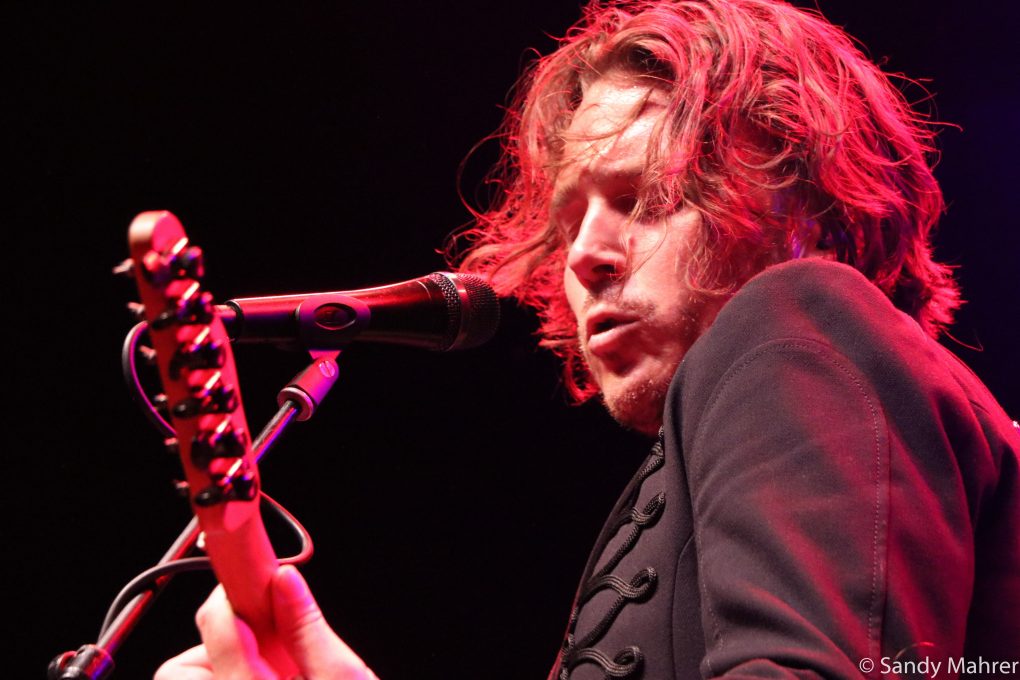 The Heat is on, literally, after about a 30min changeover. I assume everybody at Z7 is curious about this show, because  H.E.A.T have a new, old singer. Erik Grönwall left the band in 2020 and joined Skid Row after his successful leukemia treatment. H.E.A.T is now fronted by Kenny Leckremo once again, he had left about 10 years ago and stands at the mike again. Well, actually he is not standing, rather running and jumping around, hardly ever standing still.

Surely it’s no easy feat for him to step in after Grönwall, because this guy is a real showman and I remember Kenny in 2010 as quite shy on stage. However, Kenny does not crumble under the pressure and delivers the same energy that Erik had displayed. When it comes to the vocals, the mike could have had a much more powerful setting so that Kenny could be heard clearly. His voice is definitely great, occasionally he seemed a bit nervous to me but he did a great job altogether, just like his fellow musicians. In case you wonder if this band had a drummer and keyboarder on stage, too, well, yeah, but a singer who jumps in front of the lens and an eagerly billowing fog machine hid them well. When it comes to music and mood, H.E.A.T are still the same, it’s only the question whether they want to grow further and into which direction. Let’s wait and see, at least It seems to me that the fans have welcomed Kenny back with open arms. 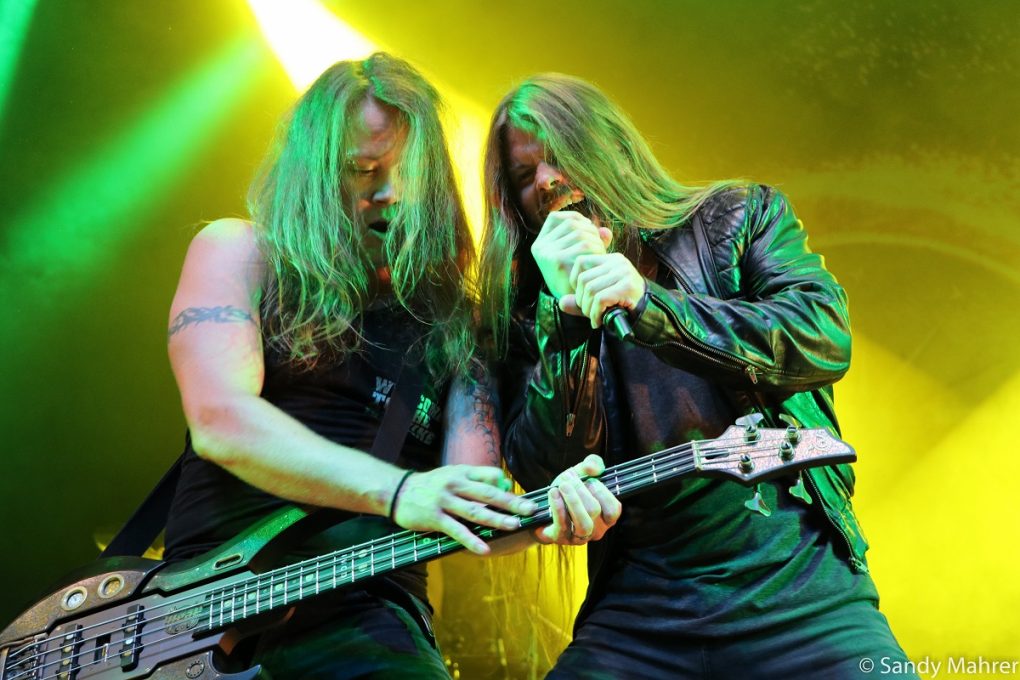 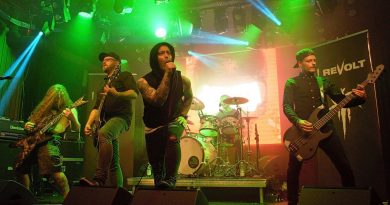