A Hard Rock weekend with great music at Z7, first with a German-Swiss package on Friday followed by Scandinavian power on Saturday, and surely we are to be reporting about both…

First on stage on Friday are Fighter V, previously known as Hairdryer. They re-boot the band with a new name and got the support  slot for  The New Roses for a couple of gigs. The Swiss guys truly appreciate that they can also play at Z7, as they announce every now and then this evening. The last time with those guys it was still as Hairdryer, opening for Fozzy in August 2018. It seems singer Dave Niederberger has evolved since then, not only sounding much better but also keeping his tongue in when hitting the high notes. Those guys are clearly one of the best Swiss newcomers and you can see how much fun they have on stage. What puzzles me is the fact that Niederberger keeps his leather jacket on and still doesn’t look sweaty. Musically Marco and Luca Troxler, Lucien Egloff and Felix Commerell deliver first class Melodic Hard Rock, all they still need is an obnoxious ear candy song that keeps sticking in your mind for days. Fighter V are a top act!   Bandwebsite 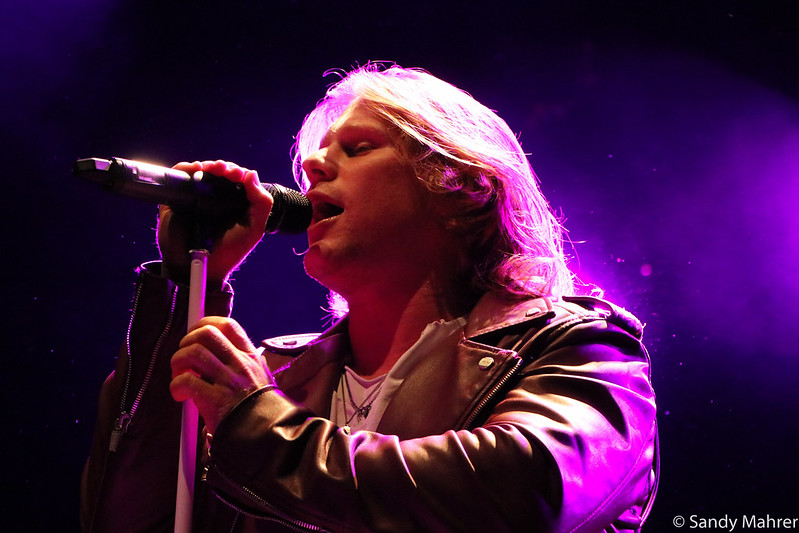 After a short break The New Roses are announced by screeching ladies at the front row instead of an intro… quite remarkable considering that those ladies have reached middle age. Don’t get me wrong, I think it’s great that bands still receive this kind of welcome! Actually I have seen The New Roses live several times but somehow it never really left a lasting impression. Yet those guys from Wiesbaden, Germany, appeal to the crowd with their Mainstream Hard Rock with a touch of Country and their latest output is pretty high up in the charts. They are also very grateful for this headliner tour, although only 300 people came to Z7 tonight. This band has faced much bigger crowds as support act for Kiss and The Scorpions. They also chose English stage names, which might be necessary for the US market. Over here it’s quite amusing but at least the ladies in the front row won’t show up at the musicians’ doorsteps .. Timmy Rough as guitarist and vocalist does a great job and although there is not much variety in his performance, it is solid and exquisite. The whole show has a very relaxed and cozy atmosphere, supported by The New Roses’ music. For me it’s a bit too much of the same but the audience truly enjoys the evening, enchanted by the band and their  Hard Rock magic. 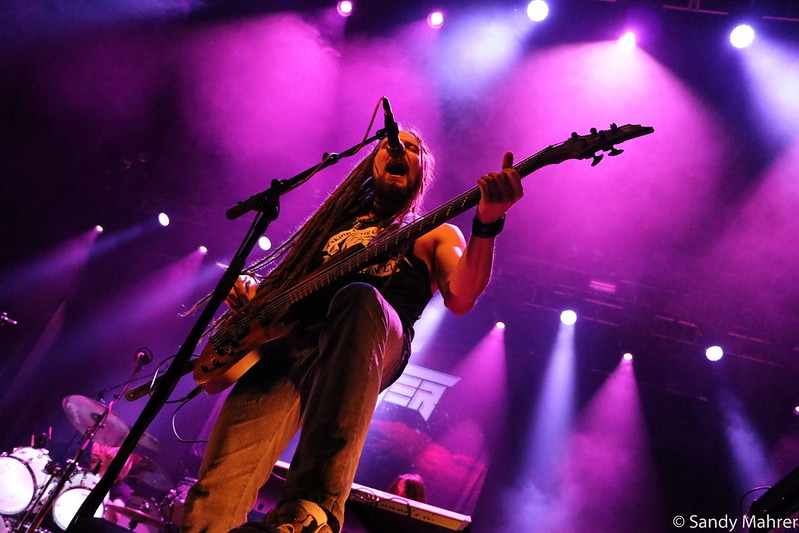