Michael Schenker celebrates his 50 year stage anniversary – that’s indeed a reason to party. The last time I’ve seen this band live was 13 years ago in Finland, hence I’m really excited and curious today about this show with singer Robin McAuley.

First on stage are Everdawn from the USA and Canada. The band featuring singer Alina Gavrilenko, until 2019 called Midnight Eternal, is dedicated to Symphonic Metal, which unfortunately does not quite fit to the sound of the Schenker Group. this might also be the reason why even such a pretty front woman cannot quite ignite the audience. The songs aren’t bad at all, but some notes are missed by this traditionally trained singer. She does digress from her opera style in almost all of her songs, which I really enjoy, she should do this much more often. The pitch fails, however, are definitely caused by technical issues and not by a lack of skills. All the musicians perform really well, Mike LePond on Bass, Dan Prestup on drums, Keyboarder Boris Zaks and Gitarrist Richard Fischer. The audience is still a bit slow, though, yet they should soon get into the mood with Michael Schenker on stage. 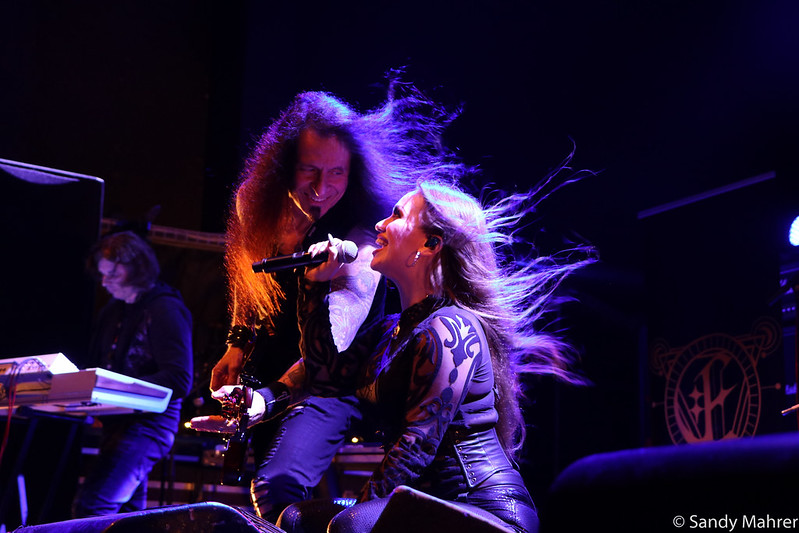 After a short changeover we can hear the intro «Highway to Hell» and Schenker & Band enter the stage. Ronnie Romero is replaced by no other than Robin McAuley on this part of the Michael Schenker Group tour. Ronnie had to skip a few shows because his appearance at the European Song Contest for Bulgaria; unfortunately they did not make it into the finals. He’ll be back on the tour later for more shows, though. I don’t really mind as we get to see Robin McAuley here in Pratteln, a singer I have never seen before live on stage. He does fit nicely on a visual level into the Michael Schenker Group, being a mature gentleman with long black hair. And he definitely nails all the songs on top level, the band appears as a tight unit. Michael Schenker himself is naturally delivering a range of brilliant guitar soli. What shall we do when those quite – err – mature bands stop touring? Such fantastic music will surely live on, but we’ll definitely miss those music legends. This show convinced me that I won’t be waiting for another 13 years before I go to see my next Schenker concert. A great concert evening in a quite full Z7 unfortunately has to come to an end after about two hours of playing time, even though it seems that I’m not the only one who could have done with a few more songs. 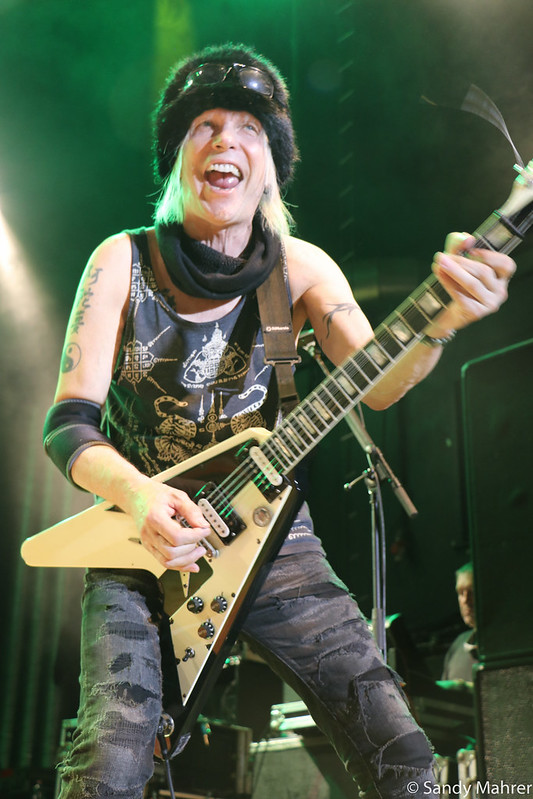