It has been some time, since I last heard from progressive metal band Symphony X. In 2015, they published their last album and then the men from New Jersey went silent. It‘s no suprise then that, tonight, so many are excited to see what Symphony X have to offer after this four-year break. Besides numerous photographers, a crowd of about 600 – 700 people turned up for the show. Amongst them, some familiar faces from the metal scene, such as Schmier from Destruction and Gurd‘s Volker Pulver.

Support came from the UK‘s Savage Messiah. Only for a short while, they tour with the current line-up: in March, drummer Charly Carretón and lead guitarist David Hruska joined the band. And the two are, obviously, very happy about this European tour. Especially Hruska grins from ear to ear the whole time. A keyboarder accompanies them on tour, I just couldn‘t find his name anywhere. Savage Messiah easily captivate the crowd and get them fired up for the main act. They could, however, be the main act themselves. Tonight‘s show in Pratteln is only the second on their one-month tour with Symphony X and they handle it with aplomb and lots of joy. In-between the songs, singer David Silver mentions a few times that their new album „Demons“ will be out soon but they will play some songs from that album already now, for the crowd. These songs truly promise a great album. Those who haven‘t preordered yet, „Demons“ will be out on May 17th.

Symphony X start their show with „Iconoclast“. In the most unspectacular way, guitarrist Michael Romeo, drummer Jason Rullo, bassist Michael LePond and keyboarder Michael Pinnella enter the stage and start playing. No intro, no big show, just … well, a bit boring… it took an eternity, until, finally, Russel Allen joined them and started singing. Immediately, I remember how much more I like his voice live on stage than on an album – it‘s more natural and less edited. Clad in black with a Darth Vader shirt and sun glasses, he comes off as a real macho but his poses and smiles reveal that it‘s all just part of his show – finally, there‘s something to see and watch, very different to the lame beginning.

While Romeo is fully focussed on picking his strings, Allen tries hard to encourage the crowd to sing along – and he‘s successful. He moves around the stage and, now and then, seems to enjoy being on stage after such a long time. The sound is well-adjusted but the lighting is horrible. For a long time, I haven‘t had such bad lighting conditions during a concert but, anyway, the most important things are the sound and the show.

I must confess that, as time went by, I mainly focussed on Allen, simply because of his strong stage presence. Although LePond moves around all the time and, visibly, had a blast, he is too often only in the back of the stage.

Because the band doesn‘t have new material yet, they focus on their old hits, like „Serpent Kiss“, „Nevermore“ and, of course, „Without you“. The latter is dedicated to Allen‘s friends David Z and Janet Rains, who died in an accident with their tourbus in 2017. Allen, who was with them, survived but you can see how much he still suffers from the loss. A gooseflesh moment tonight and a nice gesture to show that the two will not be forgotten. After an hour, the band leaves the stage and it‘s not clear whether they would return for an encore at all. Loud calls convinced them to play one final song, „The Odyssey“.

To be honest, I really wondered, here and there, whether they still have fun playing live shows, together as a band. There isn‘t much going on between them on stage; apart from Allen and LePond, nobody is smiling. These are, without doubt, great musicians but over their musicals skills, they shouldn‘t neglect the show – even if it‘s only some light effects. 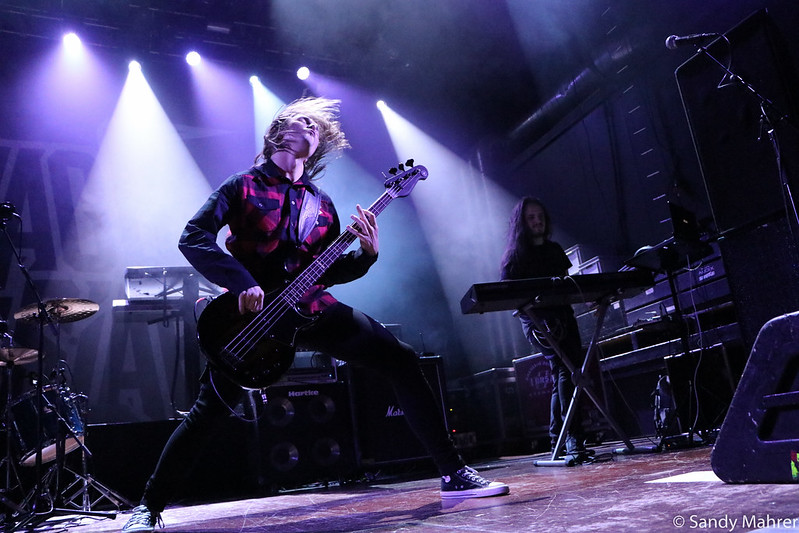