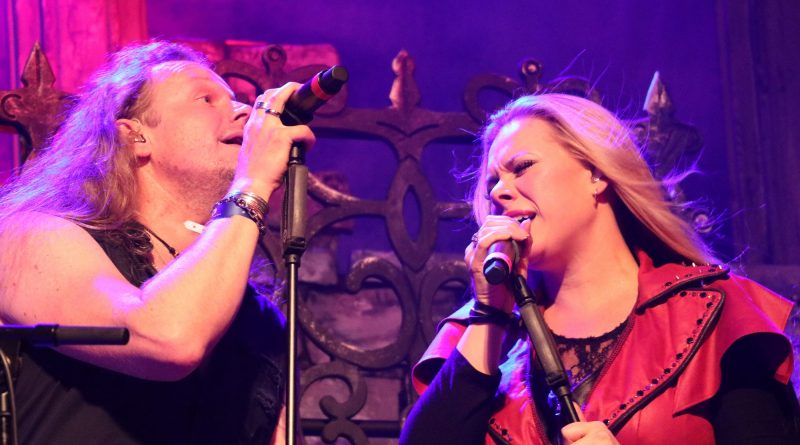 You had the impression they have just been here, but it was a year ago Avantasia gave a double feature at  Z7 on their tour back then. This time you cannot call it a tour, it is only three shows this summer: a festival in Barcelona, Wacken Open Air and this Indoor Warm-Up Show at Z7, something like a trial with “test dummies” to check out whether there should be improvements or not.

The place is packed when the show starts at 20.45, with Sammet and the background singers Amanda Somerville and Herbie Langhans performing «Mystery of a Blood Red Rose», their Eurovision Song Contest Song that did not make it to the final. I’m glad that this one soon is followed by another, which is (just like the last time) «Invoke the Machine» featuring Ronnie Atkins, who reminds me of Crocodile Dundee actor Paul Hogan.  «Twisted Mind» means that the photographers have to leave, which is a pity, because the fourth song features the best singer Jorn Lande. The same situation at the band’s last visit, therefore no photos of Jorn, because I stick to the venue’s (and internationally common) “first 3 songs only, without flash, after that no permission to take photos from the crowd”. Therefore consult the competition for Jorn snapshots, taken by those who shamelessly step on paying concert guests’ toes and block the view with their cameras in order to capture a picture. ?

Even when Lande sounds a bit like holding back here, he is always my highlight of an Avantasia show, besides Sammet’s fun persona. Once again Mister Magnum Bob Catley is part of the show, and once again I am surprised about his powerful delivery (he’s 69). Then a shock: Tobi announces that Michi Kiske is missing, which causes some boos. Insteadwe get Queensryche singer Geoff Tate, which leaves several people absolutely stunned.

The setlist contains a couple of great songs, yet one would have hoped for more difference to the previous tour, or that  Oli Hartmann and Amanda get to sing more. Still, this evening is definitely a successful warm-up for the upcoming festival gigs, and for a hopefully soon upcoming new Avantasia album. Tobi Sammet can be enjoyed once again later in September when he is on tour with Edguy. 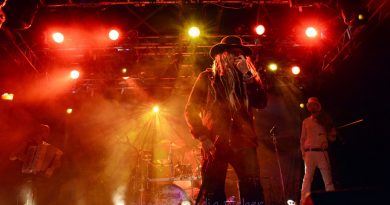 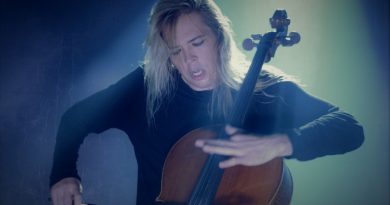