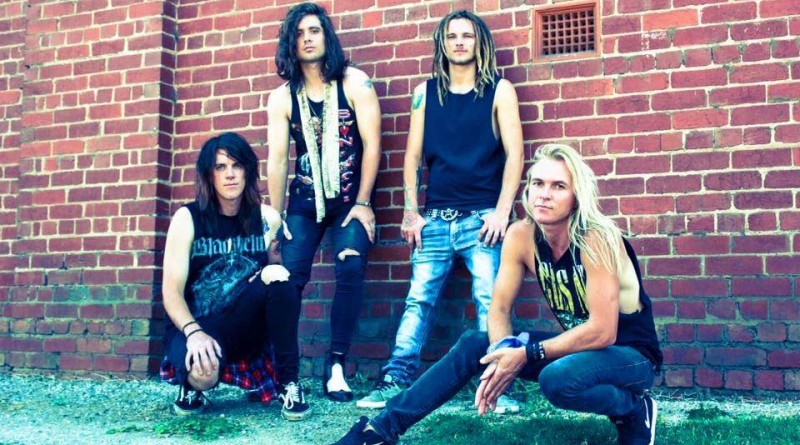 Red Sand, Didgeridoo, Koala, Kangaroo, Airbourne & AC/DC  – we are talking about down-under. Our new Fresh Act is hailing from Australia and is as poisonous as a black taipan.

Hey guys, great to have you on board to be our Fresh Act. First of all, could you introduce the band? Who are its members?

Hey! No worries! We have Kym Britten on Vox, Ziggy Robertson on Bass, Luke Chapman on the skins and Cammy Paul on guitar
So how did it all begin? When did the idea come up to found this band and how did you meet each other?

It all started with a love for the great hair bands of the 1980s I was already friends with Ziggy, who also had a love for that style, then we advertised and along came Luke, who is the best and coolest drummer since Steven Adler, after rehearsing for a few months and trying out a few singers, in walks Kym who is kinda like an Aussie David Lee Roth/Vince Neil, he blew our minds – and the rest is history!

Why did you call the band Dangerous Curves? How did the idea for the name come up?

Our music is very sexy and makes you feel awesome! Plus we all read a lot of playboys and love curvy women so it works! 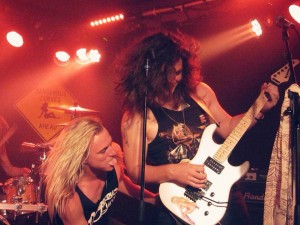 You are about to release your first EP. When will it be out? How many songs will be on it, and what can people expect from it?

It was officially released on the 26th of March and  contains a set of 5 rocking tunes that we think everyone needs right now. It sounds very much like the sunset strip sound of the late 80’s. If your into Motley Crüe, Van Halen or Ratt, kinda stuff you will feel right at home with us.

And where can people order it?

You can order it through our facebook page by following the link or through our band camp page by searching Dangerous Curves. We also have some great merch that you can purchase for your enjoyment and even better, it’s at an affordable price!

Do you write your songs together or is only one of you responsible for the songwriting?

Usually Cammy comes in with a riff and we all throw in different ideas. Kym has a natural ear for melodies, so usually it all happens pretty quickly! But definitely a team effort overall

Your first song “Blow my Whistle” got a lot of attention, will we get to hear more of these suggestive songs from you?

Your first performance was in a live televised TV Series. How come you got the chance to play there?

We saw the advertisement and thought why not! We all have a lot of faith in our band and just went for it, it was a good experience and we met some cool people out of it.

You are hailing from Geelong, Australia. How is it to be a new “unknown” band in Australia? Do you get a lot of opportunities to play shows or is it hard? Is the hard/glam rock scene big over there?

It’s great because it’s not very common, we stand out like a sore thumb, wherever we play. whether people like it or not, once we started gigging, it basically got the ball rolling. Although, the glam scene isn’t huge here, there is riveting rock vibe that is alive and well! Plus, Ziggy is friends with just about every muso in Melbourne, so that’s also handy for getting the band out there!

If any of our readers should happen to end up as tourists in Geelong, what are the 5 attractions they should definitely check out?

I would definitely say Kym’s house. no wait, Ziggy’s house or Luke’s house, actually Cammy’s house is fun, or you could just come to a Dangerous Curves show and see us all in the one spot 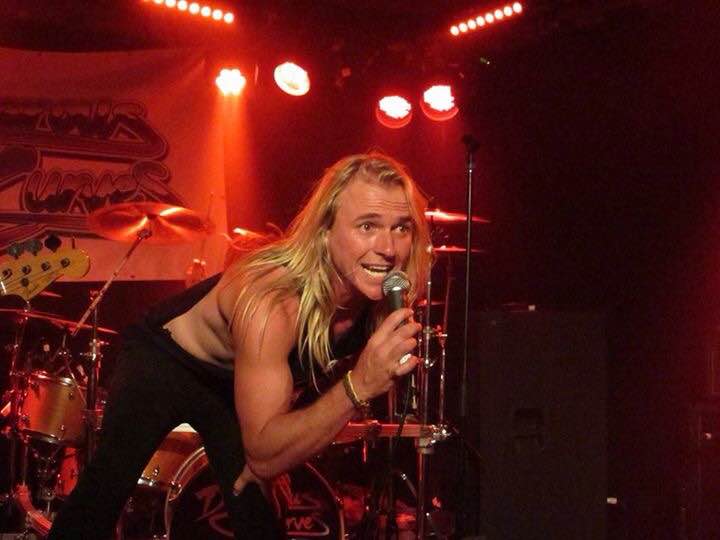 What are your goals? What do you want to reach as a band?

We want fame! Beverley Hills style fame. We just have to keep working and being dedicated, you never know!

How would you describe your music to someone who never heard any music before?

Last but not least: Your song “Blow my Whistle” is chosen as the title song of a movie soundtrack, what kind of movie would it be?

Definitely a movie about sexy women posing for Penthouse or Pamela Anderson back in 1990 on a beach and that’s what the whole movie is about!

Thank you very much for your answers. I wish you all the best, good luck and see you in Europe at some point, Cheers!

Its been fun! Thanks Cammy

Apocalyptica (part 2) : „We have to do the things that feel right“