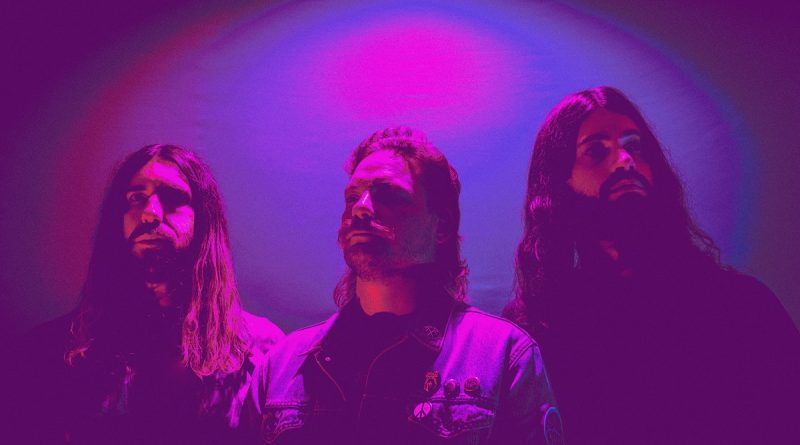 Considering recent events – or better, all those cancelled and postponed so far – and the effects of a prolonged pandemic hiatus on us all, it’s no big surprise that Doom and Stoner Rock music seems to hit a nerve … Enjoy our interview with Ryan Chandler of Stoner Metal band Snake Mountain Revival from Virginia Beach, VA, USA. Their 2018 self-titled demo EP gained praise in the blogosphere both in the USA and overseas, leading to the creation of the 2019 heavy-psych-surf-desert rock album “The Valley of Madness”.

When was Snake Mountain Revival formed? Please tell us the story, Ryan.
We “formed” like 3 years ago I think. I worked at a surf shop’s screen printing warehouse in Virginia Beach with our drummer, Josh (Woodhouse). The plan was to meet at Josh’s house and jam with him and Zack (Trowbridge, our guitar player) and basically fuck around and not take it to seriously. We set up in his tiny ass room and just played on this 3 note riff for like an hour. It was great. We ended up improving a surf contest/show on the beach in the back of 3 different pick up trucks a week later. It was pretty wild. After that we just kept improving shows and writing shit when we weren’t gigging.

Who named the band?
We all named the band essentially. We started out by playing around with themes and words we all liked. Sort of a CCR meets Skeletor thing going on.

What bands were you in prior to Snake Mountain Revival?
I was in a few bands here and there. The Poly Opto was a 5 piece psychedelic/prog band I was in for awhile. Really intense mind fuckery going on in most of those songs. Those guys really taught me how to experiment and push myself creatively. After that I formed a band called The Bad Volcano. Mostly psychedelic rock stuff. That one was short lived and unfortunately we never recorded anything. That project was great for building up my songwriting chops. Really fun writing sessions with those guys.

Any favorite bands?
Not really. I mean there are bands that we all love but I don’t think any of us play the favorites game. We are all listening to some pretty random shit at all times. I’m blaring Italian music from the 50s right now, if that helps to clarify.

Who do you like in the stoner metal, doom metal scene?
I don’t really want to start naming any bands. I like anyone trying to break free from the standard formula. Anyone who takes their time with song writing and actively pursues creativity above all else.

Will you be playing any live dates?
We have some shows lined up in the near future, but who knows. Uncle Covid sort of calls the shots right now.

Are you interested in occultism? What inspires you to write songs?
I am very interested in occultism. Rather, I’m interested in psychology and human behavior and the role that occultism plays in both of those categories. I don’t light ceremonial candles and perform rituals or anything, if that’s what you mean. I think that certain practices are a little ridiculous and certain people are looking for a substitute for an actual personality when they succumb to extremes. That being said, I think a healthy dose of curiosity when it comes to the supernatural or mystical is great for perspective and life experience. I love opening new doors and seeing where they lead.

What lies in the future for the band?
For us, the future is strange and hard to predict. The current landscape of live music has everyone scratching their heads. We really want to get out there and play our songs for new crowds. Above all else, we want to continue to write music. We have a lot of new stuff in the pipeline that we think people are gonna dig. We want to toss the listener in to a harsh, unexplored space with lots of fluffy clouds to land on. I think fans of SMR are going to enjoy what’s to come.

Children of Bodom: 15 Years of Dreaming and Working Turning to Reality