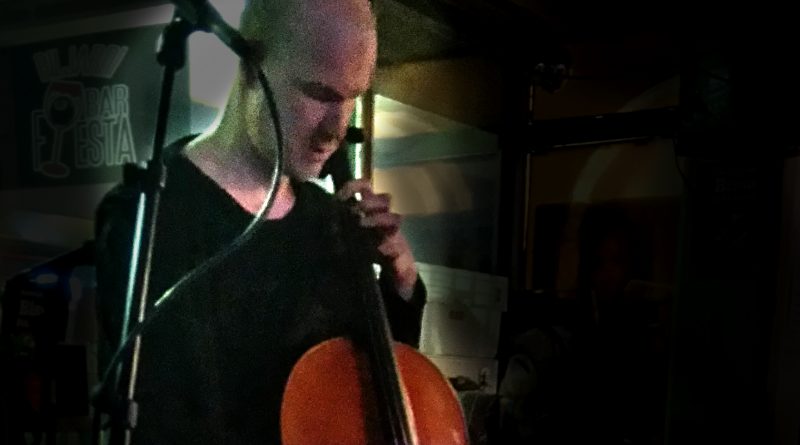 An unusual festival in an unusual frame: Kontula Electronic took place for the first time 15.-16.4.2016 in Helsinki’s district Kontula – in several bars, a youth center, a swimming hall (!) and the local library*, featuring big and not so big names from the Electro scene, live and on screen. The biggest name might have been Jimi Tenor, playing live on both days and also hosting a workshop in the youth center. But also  Lackluster, Melkeveien (Norway), President Bongo (Iceland), Kitkakone, Desto, Lukas Nowok (D) or Dom Schilienger (CH) surely attracted crowds. As well as Max Lilja, one of those crazy Finnish cellists …

The venue is packed, not surprisingly considering all of the acts tonight are pretty well known and it’s free entry. But tonight the audience are in for something special, an artist who has had far too few solo shows and spends much of his time on tour playing with Tarja (former Nightwish singer).

Enter Max Lilja, a little late, but certainly adding to the anticipation. Great audience interaction, and a set that builds from ambient through to pounding beats makes this set stunning, especially considering it’s just one man, a cello and a great ability to live sample. By the end of the show the audience are clapping along and dancing, something rarely witnessed by someone playing their own material in a bar in Helsinki! 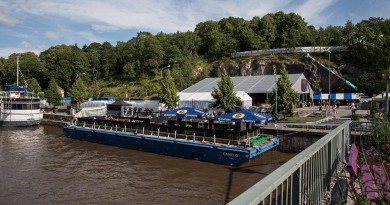