For the 5th time, Metalfest celebrates Heavy Metal at the nicest open air location in Germany, this year great summer weather lasted throughout the weekend .

Thursday
After setting up the tent and discussing the expensive parking fees with fellow metalheads (15e this year, it had been cheaper), our evening starts with German Zodiac, and their Bluesy Hardrock. Very entertaining! Fueled by Fire start their set earlier than announced, which is unfortunate for those of us who would have enjoyed to see the full concert. Later it´s the turn of M.O.D. with a wild Billy Milano in jogging outfit. Although a special S.O.D. set was announced, I cannot identify much: a few riffs of March of the S.O.D., Kill yourself, Milano Mosh and Speak English or die and then a bit of Fist Bangin Mania, the rest is some chaotic S.O.D. Quotes in the encore. Still many – pretty mature – Metalheads get into the mood, as this is something you don´t get to hear every day.

D.T.A. is a show many were looking forward to, and the short set contains classics only: Leprosy, Spiritual Healing, Crystal Mountain, Zombie Ritual/Baptized in Blood and Pull the Plug, just to mention a few. Yes, there were some blunders and wrong notes, but the sound was OK and being very emotional about this performance, I did not care about such minor issues at all.

A rain shower introduces the headliner Phil H. Anselmo and the Illegals who many have been anxiously waiting for. Unfortunately only Phil himself is impressive, the setlist contains almost entirely material from the “Walk through exits only” album, and Pantera chants become louder. They quote “Domination”, which is disappointing, as well as the Black Sabbath cover “Planet Caravan”, only the last song turns out to be “Primal Concrete Sledge”. The audience goes nuts, and Phil exits by dropping the microphone. Not a very impressive finish.

Sabaton divide the masses, even into three groups. The first – where I belong to – does not care much about the Swedes, the second hates them with the same intensity the third group invests into worshipping them. Surely only the latter was present, plus me. Visually Sabaton are definitely impressive with their huge show, but I cannot say that from their music. Too bombastic and planned, and copied – just listen to Nightwish Keyboards and transfer that onto guitars. And then this tank-drumkit – sorry, no way!

Friday
Scorpion Child is a band I already watched at Hammer of Doom last year, Led Zeppelin -styled Hardrock that was very well received. Swedish Enforcer cancelled and Gorguts seem too sophisticated for most Sabaton, Powerwolf and In Extremo Fans. For many, however, a pretty rare act to be enjoyed at a festival. Grave Digger might have been the common denominator for old and young fans, as they fill the amphi-theater up to the last row. And also Eluveite excite the masses – not me, though.

Monster Magnet, which I get to see for the second time this year, impress me once again with their – Spacerock? Stoner-Rock? At the end of their set more black&white faces appear in the audience, obviously getting ready for Powerwolf – and just like on the previous day, many fans leave, while others hurry to the front of the stage. Although I am not a big Powerwolf fan, but they are definitely entertaining, and they also have some good songs.

Saturday
Blues Pills received a way too early slot, but I am sure that this multi-national band around Elin Larsson, a vocal reincarnation of Janis Joplin, will be heard of more often.

“Zombie Attack” – the battle cry of the popular Tankard, presenting a maybe rounder but not less active Gerre – a man with lots of experience, a big heart, and a quick mouth. He insisted, for example, that the pyros were supposed for them and not Kreator. “The Morning after”, “Rules for Fools”, “Chemical Invasion” and the final “(Empty) Tankard” deliver the first portion of German old-School Thrash.

Grand Magusare anything but boring, although the number of band members does not allow a lot of action on stage. Yet the songs of J.B. Christofferson & Co. Work without a big show: “Sword of the Ocean”, “On Hooves of Gold”, Ravens guide our Way”, “Like the oar strikes the Water” and “Hammer of the North” are celebrated with gestures reminding of Manowar worshipping.

Steel Panther are a new experience, and I have to admit that those L.A. Glam Metallers are definitely one of the best and most entertaining live acts so far. Musically much rougher than their 80s ancestors, yet I was still surprised how well-received they would be at such a classic Metal Festival. Songs like “Glory Hole”, “Death to all but Metal”, “Asian Hooker” and “17 Girls in a Row” illustrate that the guys mainly celebrate the Dolce Vita and inspire females to reduce their amount of clothing – in front of and on stage. Great gig.

After that Zakk Wyldes Black Label Society gathers less audience, also because the soccer game Germany – Ghana is shown at second stage. Nevertheless the former Ozzy Sidekick rocks the arena; with songs that have some repetitive qualities, which makes the author yawn a bit at the end of the gig.

Kreator round up this year´s Metalfest with a fabulous Thrash thunderstorm – but well, I have never seen a bad Kreator show in the last 7, 8 years. And front man Mille always entertains with his introductions. Some idiots throw light sticks on stage, but Mille remains professional, ignores it and drives the crowd into a frenzy with old and not-so-old stuff, “Phantom Antichrist”, “From Flood into Fire”, “Endless Pain”, “Phobia”, Civilization Collapse”, “United in Hate” and of course “Flag of Hate”. Therefore Metalfest 2014 turns out a success despite the so-so line-up. Yet annoyances like the garbage fee and the position of the second stage, which allowed access without festival ribbon, should be improved next year. 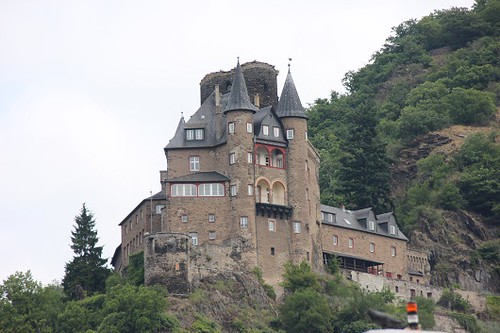