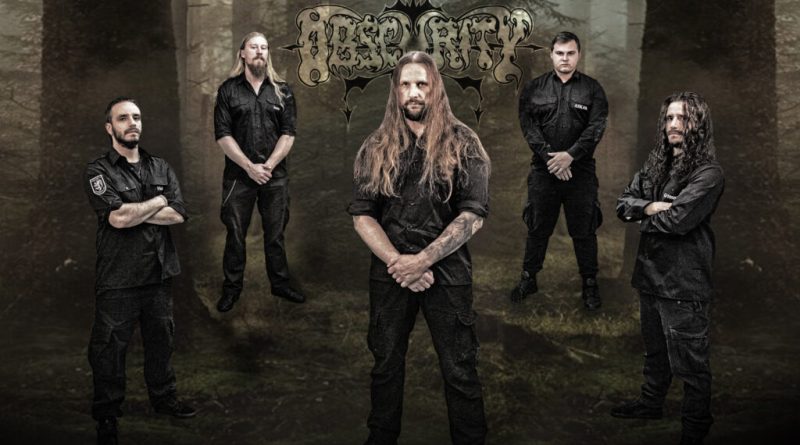 When did Obscurity form? Please tell us the story.
Agalaz: First of all, thank you for having us for the interview at Stalker magazine. Greetings to everyone who is involved in doing the mag and to everyone who reads it. We will give our best to not make you fall asleep after reading the first few lines, haha.

The band was founded in 1997 by Nezrac (ex-vocals), Ziu (ex-bass), Arganar (ex-drums) and Agalaz (me) who first played guitar and then took over the singing role with 2009‘s Várar album. In the first two or three years we tried to write in English and had some more Black Metal approach to our music than nowadays, but nevertheless I think we mix in some proper Black Metal influences. The switch in language came with the exploration of more historic and regional related themes. Wen you write about stories in our german(ic) history, for example, it feels some kind of strange to write or sing in English. Over the years I think the German lyrics and those historic and mythologic related themes became some kind of ‚trademark‘.

When did you become interested in Norse Mythology?
Isarn: Norse mythology was always an interesting field to explore and to deal with. Look, many meanings of what ist left over and found through archeologists got lost in time or are so old that even scripture was not an option to document it. So on the one hand it is more than interesting to take what we have and what is left and to deal with it as part of our culture and history. On the other hand there is so much we do not know, that we can take what is left and set it into a context of new circumstances. So it is some kind of a translation of actual contemporary themes into something old and ancient. If you want, we use norse mythology as a kind of metaphorical language.

What is the Pagan Metal scene like in Germany, currently?
Agalaz/Isarn: Actually, the scene is quite big in Germany. At least that is our impression. You have some residents or institutions who have been active in the scene since the last couple of decades, and then there is some kind of ‚new wave‘, if you want to call ist like that, at the moment. Many bands which are quite new and young deal with those themes and take inspiration from them. Nevertheless, from the musical point of view, there is no pagan scene, because every band has a different musical approach and there is no homogenius mass (which is great by the way). It is always hard to define a music genre, and for all what has to do with Norse mythology, it is Pagan or Viking. So if someone writes a metal song about love, is love metal the genre? 😉

Any favorite metal artists?
Agalaz: Too many! Everyone in the band has his favorite bands and artists or genres. For our drummer Isarn and me it is more Black Metal, Askar likes Melodic Death Metal pretty much and our new members Grimnir and Vidar have their musical origins in Pagan and Viking Metal. But it is nearly impossible to mention just one artist or band of each genre.

What are you working on now? Please tell us about future plans and projects.
Isarn: At the moment we are focussing on our live appearance. We took our time with our loved studio engineer from 4CN Studios to work on technical solutions for the stage. In-ear monitoring, some few backing tracks and programming a light/fog procedure, for example. At the moment we like to take the opportunity of playing live, because we released our album SKOGARMAORS last year and there were just a few live opportunities.

Future plans? There will be some last album related little things in near future. Otherwise, we have some things in mind, but it is too early to talk about. We will let you all know when the time has come. But one thing: It will be something special for us.

What are the live shows like? Will you be playing any live dates soon?
Agalaz: The most recent was the fantastic Turock Open Air by our friend Peter who invited us being part of that amazing billing.
10th of September – a concert with our friends Black Messiah at Clubhaus Annahütte,
24th of September – Thorshammer Festival
10th of December – 30 years of Black Messiah in Oberhausen.
Otherwise, there are some more dates and a tour in planning, we will keep you all informed via social media.

Are there any Obscurity side projects from the band members?
Isarn: Yes, there are. But the guys would kill me if I called it a side project, haha. Most mentionable is Helgrindur, the band formed by Vidar and Grimnir. They do Pagan Metal and are working on a studio album, currently. Propably, we will play a few gigs together this year and I joined them on bass. Make sure to check them out.

I have some kind of Black Metal solo-project going on, but it is not supposed to ever go live. That is just my creative space where I am the only person who sets the limitations. You will hear more about that in future.

Agalaz, the band has distanced itself from taking a political stance. Is the band still encouraged to get politically active?
Agalaz: No, we are not. Every Band member has its own opinion on political themes and we celebrate the beauty of freedom of speech and thoughts. So we do not want to tell the listeners what to think or to do. Politics is a battle we all were not educated for. 😉

Does Dornaz still play with the band occasionally?
At the moment, no. But Dornaz still is a member of Obscurity. He decided to have some kind of ‚break‘ or better, he wants to take a step back at the moment.

If you made it until here, we would like to thank you for reading our self-promoting bullshit. Please, be kind to each other and think by yourselves.
Thank your for the interview, it was a pleasure to answer your questions! Until next time! 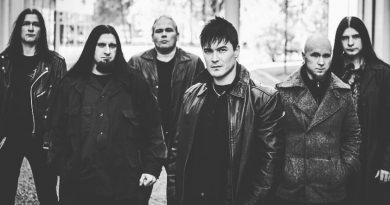 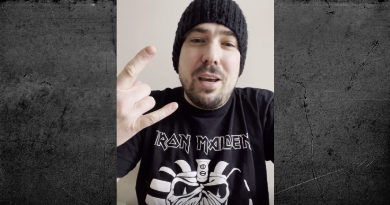