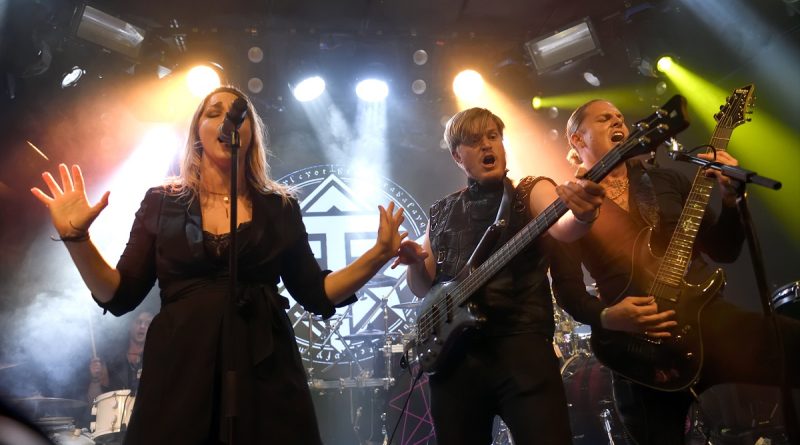 On The Rocks is a small-to-medium size venue in the very center of Helsinki that often hosts notable gigs. This night was devoted to industrial metal. Despite both acts being quite local, that is, from Sweden and Finland, the bands toured Germany as well.

The Swedish Rave the Reqviem (start photo) haven’t been in Finland for quite a while. Debuting in 2014, the band had a distinct sound as the vocals were sung by the frontman’s mother, Carola Lönnqvist, a trained opera singer. As of today, the band’s female vocalist is Jennie Nord.
Being the first act, I was actually surprised by relatively little attendance, as the band is definitely standing out, has an original sound, and easily could have a fanbase of its own. Yet, perhaps this gig looked too much like any other Friday night gig to the visitors and attendance was a bit low. The sound also left me curious as it felt a bit off; like, it was set for the main act and RTR has to use their setup. Still, the gig itself was pretty fierce. They know how to play and look good, and I only felt sorry that they were treated as a “warmup” both sound-wise and by the audience.

Fear of Domination is very well known and loved, and by the start of their gig the club started to look really packed. Stage images include some decadent clothes and scary masks with horns or with eyes and mouth sewn together; the bits of costumes are made to shine under UV light. This time everything was good with the sound, and the club became quite full. FoD usually put up a great show, and it is generally great to meet the band in such a small-ish venue, where listeners are very close to the stage and the connection between the band and the audience is the most direct. To my surprise, instead of an announced one-hour set, the gig continued well beyond that! 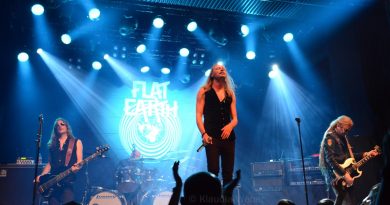