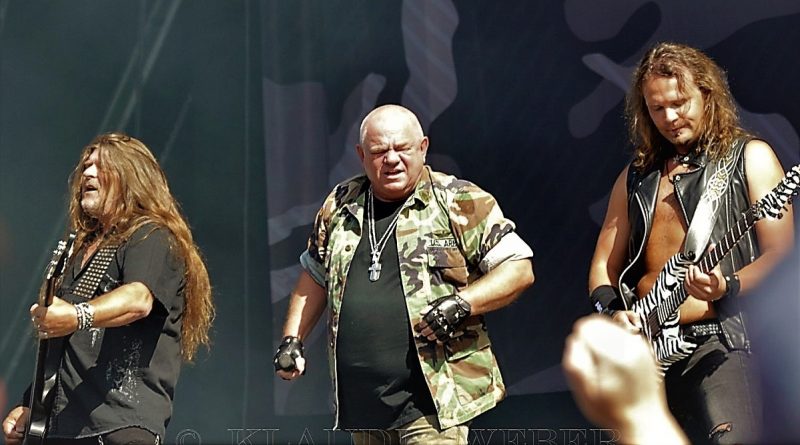 A short time ago, U.D.O. released the live album “Live in Bulgaria”. This fact would normally not sound thrilling at all, but in times of the Corona 19 crisis it becomes interesting, at least because the album was recorded in the middle of the pandemic. Reason enough to have a talk with mastermind Udo Dirkschneider (check out our video interview too).

When you remember the one and only concert from last year, which emotions come up?

First of all happiness that we were able to play that show. Although the situation in September was not as hazardous as in the month before, it was uncertain if we could play the show until the last moment. The Bulgarians asked us if we could imagine to play a show. Of course we agreed, but we could not imagine that it could really happen. In that time we met for a photo session in Germany and we used this opportunity to rehearse. When it became more and more likely to play the show, we decided to record it because of the great location.

We flew to Bulgaria, which was no problem at all. Over there, hygiene was the most important issue. In the hotel, at interviews, everywhere. Instead of standing, the fans where sitting in front of the stage. The show itself was beyond words. It was our only show in 2020 and I guess also for most of the 2500 to 3000 fans. It was actually a pleasure for both sides: The fans where happy to witness a live show and we were happy to play a show. Unbelievable emotions! It is hard to describe, but I think that the footage covers the emotions well. It was a special night, which all the participants will not forget.

In Germany, there haven’t been any concerts for more than a year. What did the Bulgarians do in order to make the show happen? Do you think it could also be a solution for Germany?

I think not in the situation we are in right now. In September it was much easier. The people were sitting, but not with much distance. We were in doubt if everything would end well. A few days after the show, we asked our promoter if anybody had been infected. Fortunately that wasn’t the case. I don’t know if all people were tested before the show. However, everything went well.

After „Live in Sofia“ it is your second live album from Bulgaria. Is there a special connection for you to the country?

We have quite a fanbase in Bulgaria. When playing in Sofia, there are 1500 to 2000 fans every time. But in this case it was also a matter of the situation.

In the past years, you have released several live albums with U.D.O. and DIRKSCHNEIDER. Aren’t you worried that the fans might loose their interest?

If that was the case, there wouldn’t be any more live albums of Iron Maiden. The release one after every tour. In my opinion, there is no reason to be worried. I think that it wasn’t too much. DIRKSCHNEIDER was a must-do and now we are releasing the Bulgaria album. But we do not release live albums after every tour, so I’m not worried.

In the meantime you have accumulated quite a number of songs…

…how do you choose the ones for your setlist?

It is like a nightmare, haha! It is just like with Accept songs. There are so many we can’t ignore. We always try to mix them, classics and songs that we haven’t played for a while. In addition, we always rehearse some rare stuff to see if they work live. Creating our setlist is a nightmare. 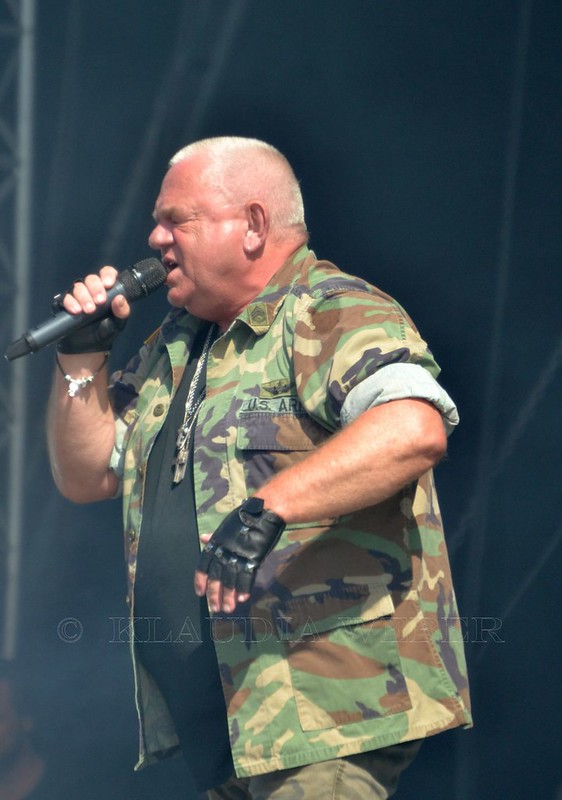 A more rare live song, which is also quite new, is ‚Rose in the Desert’. The studio version sounds good, but the live version is even better.

We tried the song first on our last tour before the pandemic and thought that works live very well. I also like the version on „Live in Bulgaria“. I guess we will keep it in our setlist for a while.

You mentioned your Accept classics. There are again several on „Live in Bulgaria“. I thought that DIRKSCHNEIDER was your last time to play them?

Yes, that’s right. When performing as DIRKSCHNEIDER I play them, but no longer when playing as U.D.O. But the Bulgarians begged for some Accept classics. We decided to do so, because it is the only show this year. It is the only exception.

Let us stick to Accept for a moment: Wolf Hoffmann as reformed Accept some time ago. Do you check out what they are doing?

Honestly – no, I am not. I am aware of the new albums they release, but I do not check them out. I am done with it. It is also due to the fact that only Wolf is left of the classic line up. I am not sure if he should still call it Accept. In my opinion, it is more a Wolf Hoffmann project. But I have to admit that Wolf is a brilliant guitar player.

Let us finally come back to the Corona pandemic: How do you use the extra free time?

We are composing songs via Skype. Nobody is busy, so we are writing songs. Currently I am on Ibiza, which is isolated (which was the case in February when the interview was done, the ed.) I can leave the island, though – next week I am going to Germany – but here is a total lock down. All restaurants are closed but at least the shops are open. Fortunately they cases are decreasing right now. In comparison, Germany is an high risk area. When going to Germany, we will work in a studio, so I won’t meet many people.

One final question: Most people in your age are already retired, but you are not. Did you even think about it?

I already get a pension, but retiring… Recently I thought that the Corona situation feels like retirement. But honestly? Not making music anymore? That’s nothing for me. Never ever! As long as I have fun, as long as my voice works and as long as we can keep on touring, I see no reason for an end. When I think of all the tours that have been postponed… They will keep us busy until 2023. So I have no reason for retirement.“

Ok, sounds great! I hardly hope that you stay healthy and fit enough to give us more music in the future.

We will do our best! 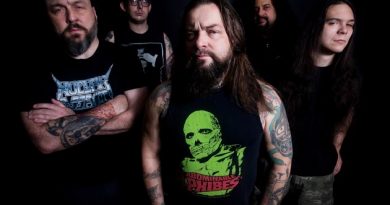