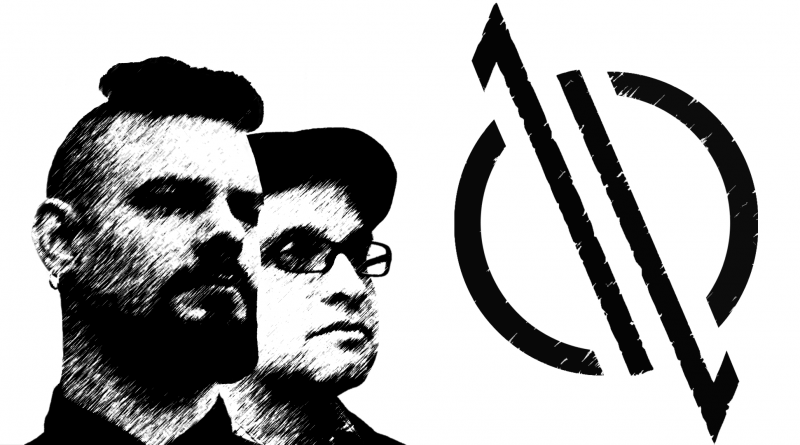 Please introduce yourselves, what and who is Aeronaut V? / Who are the people behind the music? / This band is relatively new, how was it born? Where did the idea come from?

The band comprises of two long term musicians from the Finnish dark scene: Ville Brusi, an electronic music producer, and Arttu Korppivuori, a post punk / goth rock vocalist.
We originally joined forces midway through 2018 to record just one song. It was supposed to just be a quick and easy one-off project. The cooperation felt very easy and natural though, so we just kept at it, and more and more songs just kept coming.

Where does this act originate from? It feels like there’s a concept or a story to tell…

If there is a concept, it was not planned ahead of time. Rather, the band grew into what it is based on our mutual interest in music as well as finding common ground in things like military aviation, old aeroplanes, jet fighters, space flight, science and so on.

Who and what are your artistic influences and what is inspiration for you?

We rely heavily on old school electronic music and new wave. It’s all about the buzz and the beat.

Who writes your lyrics and what are they about?

By and large our division of labour is such that Ville writes the music and Arttu the words. The lyrical themes revolve mostly around human psychology, interpersonal issues, mental health, love, grief, and loss.

To those who haven’t heard you yet, how would you describe your musical style?

Aeronaut V builds on the warm and fuzzy sounds of analog synths and Arttu’s soft, dark voice. Retro electro is the term that would best describe our sound and production choices.

Any of this band’s song(s) that are more special and personal to you? If so, please explain…

All of our songs are based on or inspired by real life experiences, so in that regard they are all personal. Explaining the thoughts and ideas behind any piece of art, however, tends to diminish it, or at least narrow down the possible interpretations, so we are not too keen on going into details as such. But we are sure that you can definitely hear and feel the pain and anguish behind the words in songs like Waiting, for example. Based on how well it has been received, it seems to speak to something that is within all of us.

Where can we find more of your music?

Check out the following:
www.facebook.com/AeronautV 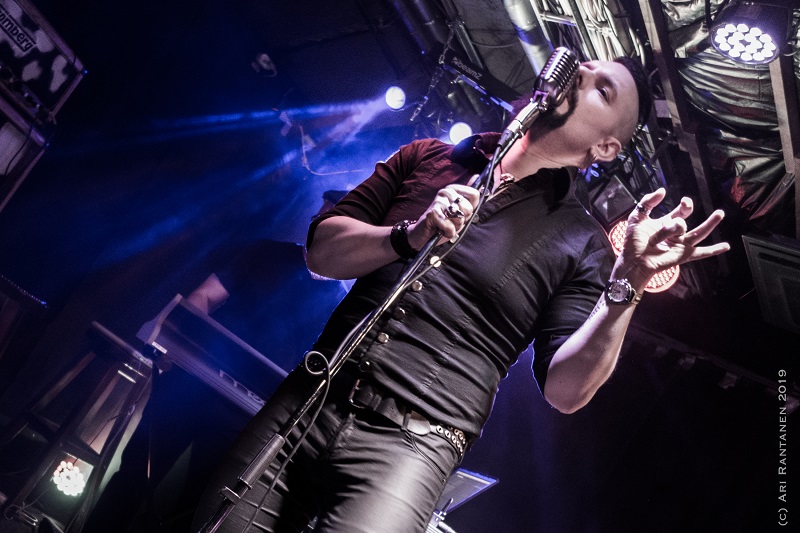 As someone who enjoys your music and want to hear more, what can we do to help and support Aeronaut V?

Every song played and shared on Facebook, YouTube and Spotify, for example, spreads the word! For now, we don’t have any merch or other usual stuff, but that will likely change in the future.

Are you active on social media, where fans can keep up with your news and plans?

We are quite active on FB, so whenever anything is up, you’ll be sure to see and hear from us there. We are also quite active on Messenger, so if you ever just wanna drop by and say hi, we are more than happy to hear from you!

The video to Discovery is an impressive visual piece, how was the process working on it and especially in the current times?

Making the video was one of the most fun experiences ever, but Corona sure didn’t help the process. We were lucky in a sense though, as there was a dip in the contagion over here right as we were filming, so it was a bit easier to get around and gather the necessary people and materials. Still, the original plan was to film in the spring already, and instead we only got going in the early autumn, so things did not go exactly as planned. Still, we are blessed with knowing some amazing people who were all too happy to help us get everything we needed and get us going. That’s something we are definitely very grateful for.

Who wrote the script and what was the idea behind?

The video was filmed, edited and written by the director, Miika Hakala. The original idea for it to be an homage to 80s TV also originates with him. Once the overall framework was set, we then brainstormed over some days while scouting for shooting locations. The final video took shape as we went along and shooting progressed. All three of us are big Miami Vice fans, for example, and we’re sure you can see some relation to the show in the video.

What is in your near future plans? / What are in you currently working on? / Do you already have an idea or a concept lined up for a full-length album? / What can you tell us about it? / When can we expect the next release and what will it be like?

We are working on a full length album currently. It may take a while though. The concept is to do more of what we’ve done thus far, but even better. We have plenty of new demos already that are maturing into finished songs as we speak.

Before 2020, did you have a chance to perform live with this act? If so, what was it like?

We managed to get a couple of local gigs done before the pandemic hit, and really had a blast. We were just looking for opportunities abroad when things began shutting down. Our music is made to be played live and loud and we are looking forward to doing it once things finally return to normal.

As a musician, live shows as a big part of your life. How are you coping without it?

Our debut EP Late Departure was out only months before the pandemic hit, so we sadly missed a lot of opportunities for live shows. However, we simply changed gears and focused on writing new material instead.

You are involved in another band, right? How do you manage to be active in both?

Both of us have a second active band as well, true. However, both Neuroactive and Murnau’s Playhouse offer a welcoming counterbalance and a change of pace, so in a sense all three add to each other rather than take anything away.

What do you like to do outside of the band that contributes to your musicality?

Simply everything can be an inspiration if you look at it from the correct (or incorrect!) perspective. Like going for walks in nature or sweating it out in the gym. Thought-provoking films and well-written video games also can offer surprising benefits. Or, having more or less voluntary periods of sleep deprivation which allow you to reach weird new states of mind.

Does Aeronaut V have a mission? If so, what is it, what is your message to the audience?

Calling it a mission would be an overstatement, but a lot of the lyrical themes revolve around dysfunctional human relationships, so if there is an overarching message, it’s to pay attention to who and what you spend your finite life on.

How do you evaluate electro and goth scene in Finland?

Despite ours being a small country, our dark scene is quite lively, and plenty of organizers are open to new bands, which is simply great. We have so many great, active people both on the organizer as well as on the music side that we feel very privileged to be part of the Finnish scene.

Have you done any online live streams or DJ sets? Did you attend any digital “parties”? What are your impressions?

At least so far we have not done any digital appearances. They are simply so far removed from what an actual live gig is about for us regarding the atmosphere and content of the evening that it has felt rather fake. Perhaps one day we will get to it, however.

How big of a part does Aeronaut V play in your day-to-day life?

The band keeps becoming more and more important to us by the day. Working on new material and with new and interesting people is overall very fun & rewarding. Also, our music has been very well received all over the world and we get enthusiastic messages from all over the globe, which makes this all even more enjoyable. 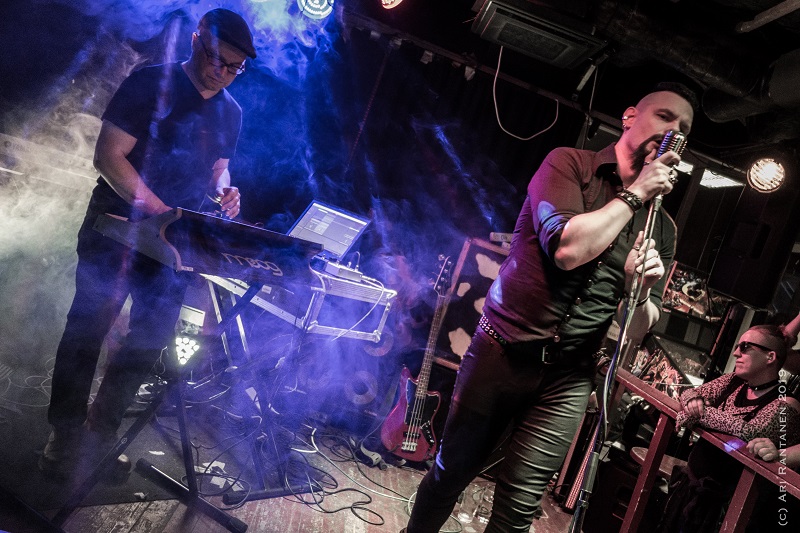 Generally speaking, how do you find dealing with the current circumstances as an artist?

The whole world is struggling to cope right now. We’re just a grain of sand on the beach in comparison. To us this is also just a hobby, for now at least, so the band as such is not affected so much. We do know a lot of people whose livelihoods are on the line because of the situation, though, and we can only hope things let up soon and we can all get back to less stressful lives.

What would you advise to people struggling to cope with distance, isolation and inability to travel and attend events?

We’re in the middle of a global crisis the likes of which we have not seen before in our lifetimes. The situation affects us all, but as with everything, different people react differently. This is not easy for anyone, though, and we sincerely hope no one is feeling ashamed of not being as active, present, productive or chipper as normal. This is an abnormal life we are living right now, so there is absolutely nothing wrong with feeling down and out. This is the message we hope everyone gets. It’s ok to not be ok.

Aeon Zen: Having fun is the priority