Their Videos «Yuve Yuve Yu» and «Wolf Totem» made the Mongolian band The Hu a YouTube Hit practically overnight and to a most promising newcomer. More than 31 Mio views and a growing fan base worldwide, The Hu had a string of sold-out club shows even before the release of their debut album and played at big festivals like Graspop Metal Meeting and Download Festival. Their Hunnu Rock, Mongolian Folk combined with Western Rock music, appeals to an audience worldwide (and who would be interested to know more, should check out the pioneers of throat-singing Folk Rock Huun-Huur-Tu, Hanggai or Tengger Cavalry, the ed.).

Therefore another sold out show at Moods Club in Zürich. Moods is basically not a Rock club but rather caters to Blues and Jazz audiences which is obvious tonight with a wide range of ages and music preferences, and there are also Mongolian compatriots present. The heat is difficult to bear in this over-stuffed club. It is difficult to get from A to B and almost impossible to get photos – but I do not want to bother people too much as the tickets were pretty expensive, 52 CHF, one of the most expensive shows of the whole The Hu tour. I hope the band got a fair share of this too.

It is obvious that this band could have filled a club twice that size. When doors open at 19.00 h a DJ entertainment is provided until the band is due at 21 h. In the meantime I had the pleasure to interview The Hu, which you can read here soon.

Even before 21.00 h the audience starts chanting «Hu, Hu, Hu, Hu» – which will be continued over the whole gig whenever the band stops performing. The band appears punctually on stage in their beautiful traditional costumes and start the show with «Shoog Shoog» – and at this point the audience goes nuts, waves Mongolian flags and keeps singing along.

The band outfits are really beautiful and appealing, and also the instruments. The Morin Khuur violin played by Gala and Enkush, the Tovshuur, some kind of lute played by Temka are fascinating. Were those available at the merch table, I bet I would not be the only one buying it without hesitation. Jaya impresses with changing instruments, playing mouth harp, flute and the long Tsuur flute. In the background Jamba on e-guitar, Batkhuu on Bass, Odko on drums and Ono on Mongolian drums do a fantastic job. Unfortunately it is so difficult to capture them on a photo, hence I want to point out how important they are for the band and how they give it all too, backing up the four main members of The Hu. The throat singing style which is so difficult to learn is something special alone and you hardly get to hear anything like that. Simply fantastic.

The set includes 13 songs that might be also on the debut album «The Gereg» coming in September. In the middle of the set The Hu plays «Yuve Yuve Yu» and the audience goes berserk, which makes the musicians smile. They keep their announcements short and either in Mongolian or English – does not matter, the audience will react with «Hu, Hu, Hu» chants. When the band thanks with the German «Dankeschön», there is even more cheering madness. After the show the audience does still demand more, so the band returns to play their hit «Yuve Yuve Yu» once again.

Soaking in sweat but happy not only the band but also the audience leave the venue. Many stay behind, hoping for an autograph or a photo with their idols or to purchase some Merch. And indeed, it does not take long and the band appears, welcomed by applause and more «Hu» chants. Every single fan receives an autograph or photo, which is not the case for every band, hence a compliment to those guys to do that after such a demanding show.

What more to say – a fantastic live experience and one of the best bands I have seen in my 20 years in the Rock/Metal scene. The club was maybe not the perfect choice but the band was incredible. Just another show on their tour and The Hu will return to their home. But let’s hope they will be back soon in Europe and with a bigger tour in bigger venues, also in Switzerland. 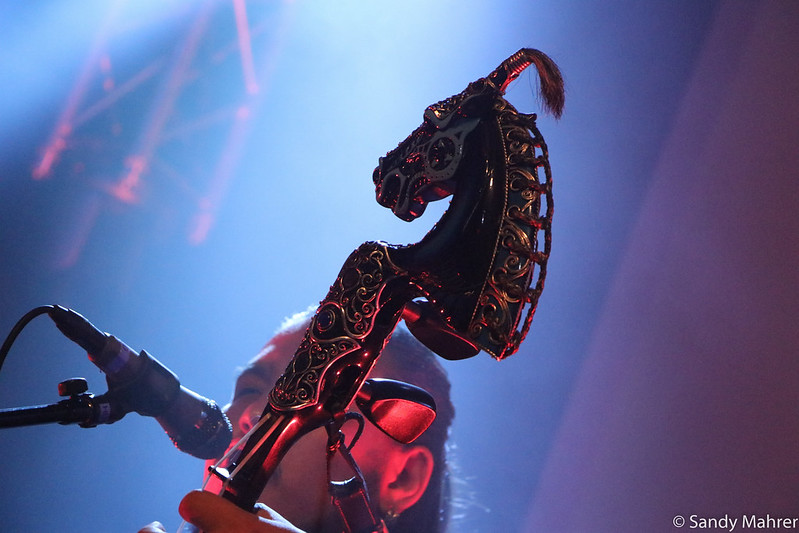