One day before the legendary Tuska festival and a Thursday – maybe not the best option for a gig, and the attendance rate when I arrived seemed to prove this impression. Yet as soon as Rain Diary entered the stage, the hall filled up and the band faced a quite big crowd after about a third of their program. First in the dusk I thought that Anthony presents another band of his (besides Flat Earth and Polanski) – singer Tommi Suomala does look a bit like him. His voice and the sound of the band is totally different to the rather Grunge / Stoner Rock material of bands mentioned: Something I would describe as 90s Goth Rock, very melodic and danceable, appealing to the ear, which quickly got the crowd into the mood. Despite the fact that the people seemed to enjoy the band and their show a lot, most of them preferred a safe distance to the stage.  www.raindiary.com

This naturally changed for the headliner Flat Earth – they have surely won some new fans by supporting Alice in Chains a few days ago. Catchy song material, heavy rhythms to get you rocking and headbanging as well as smooth ballads – this mixture works live especially well. Vocally Anthony delivered once again a flawless performance for both the rough and the softer material. Compared with the live premiere he seemed a lot more relaxed, playing for and with the audience and obviously enjoying his role as a front man a lot. And also the other guys – Niclas (Ex-Amorphis), Linde and Gas (Ex-HIM) – had a lot of fun on stage, Linde even having some moments that could be interpreted as audience contact (!!!). A brand new grunge-rocking song was presented towards the end of the very appealing energetic show, and what can I say – keep an eye on this band! https://flatearth.band

Below the interactive photo gallery or click on an image and enjoy in full size on Flickr! 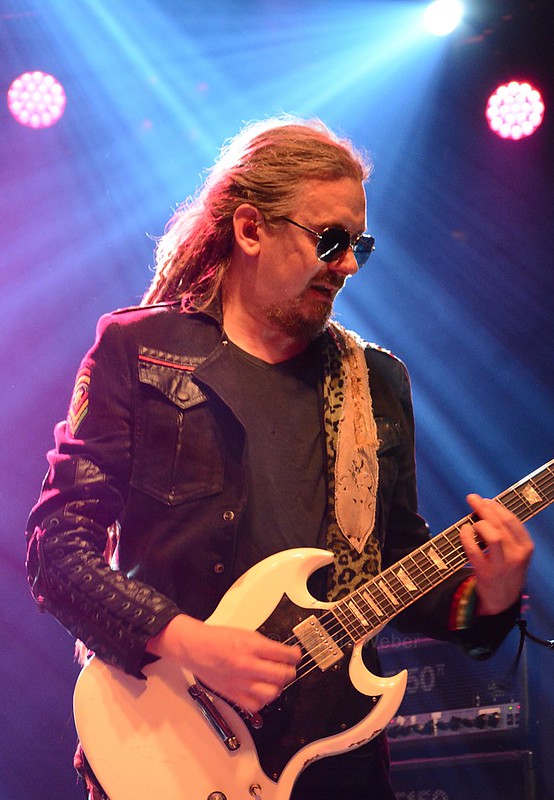