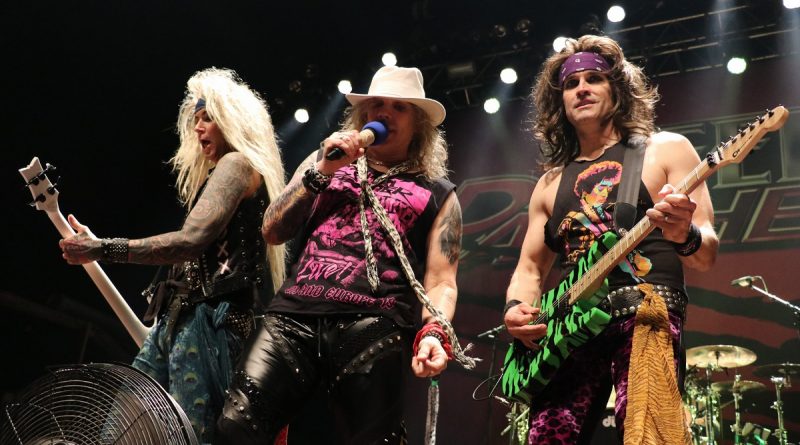 For the first time the probably most famous cover band from L.A. Sunset Strip plays at Z7 – before they had performed at Zurich only, a welcome excuse to skip their shows. But as they play practically in front of my home I simply have to check them out. On the way to the club it’s becoming clear that most people just wanna have fun: several male fans in tights wearing wigs and make-up wait at the entrance. DJ Matt Stocks entertains the crowd before the gig and during breaks with a nice selection of Hard Rock classics.

The first band on stage is the well-known musician Gus G. and his band, focusing on instrumental material which does not quite inspire the crowd, they only react when the bass player sings. Well, Gas is a great guitar player but this kind of song material – appealing to fans of self-absorbed guitareros only – is out of place here. In my opinion a more crowd-pleasing act would have been a better choice as touring support for such a headliner. 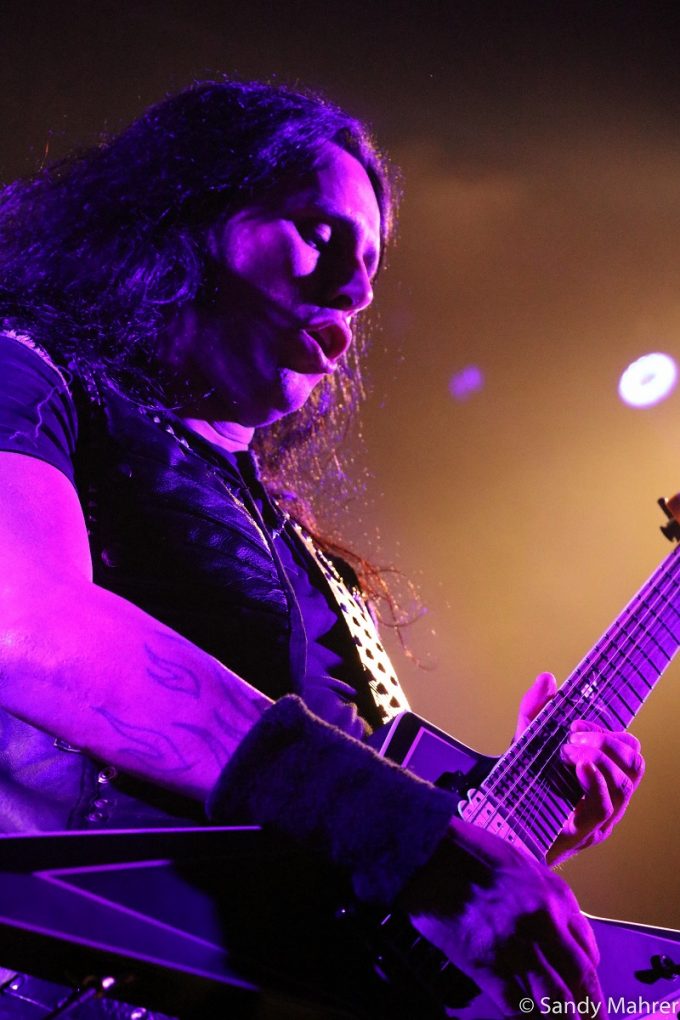 After a changeover with DJ Matt Stocks the screaming starts even before the band enters the stage. I have expected some of the like but not such orgasm-simulations of female fans; the band has also brought along an “adoring young female” as part of the show on the side of the stage. The first rows are filled with females who do everything to attract the attention of the band members around Michael Starr on stage. As we know of Steel Panther, they play with all the Rock’n’Roll clichés, Sex, Drugs and… talking. 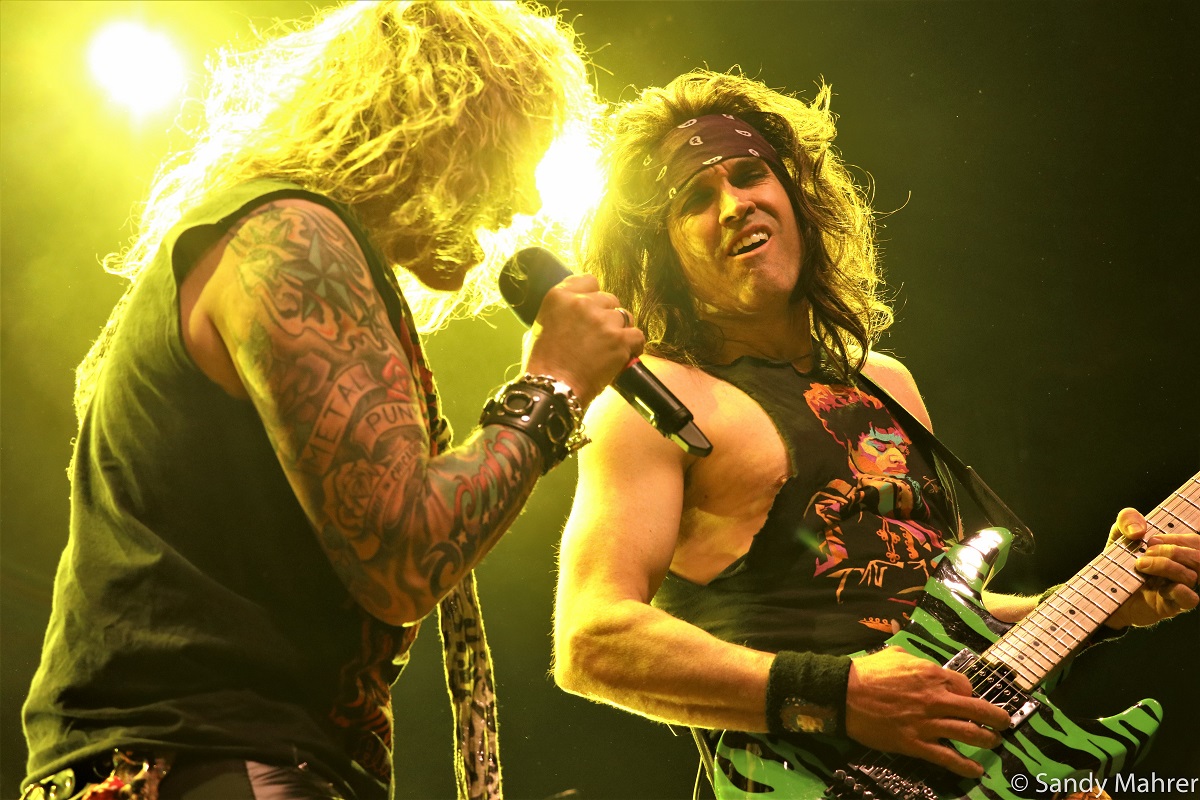 Well I had expected an evening with Steel Panther and cover songs, instead half of it was spent with primitive sexist speeches, and still people enjoyed it. Moreover, I had the impression that the music was not always played live but rather mostly playback. The audience does not seem to care, people enjoy Lexxi’s make-up and hairspray action and the music, e.g. the Ozzy cover «Crazy Train», during which Michael Starr imitates Ozzy in clothes, posture and habits, whereas Gus G. – dressed up as Satchel  – plays guitar. For me that was the highlight of the evening, something really funny and they should simply do stuff like this more often and rather skip those sexist jokes. 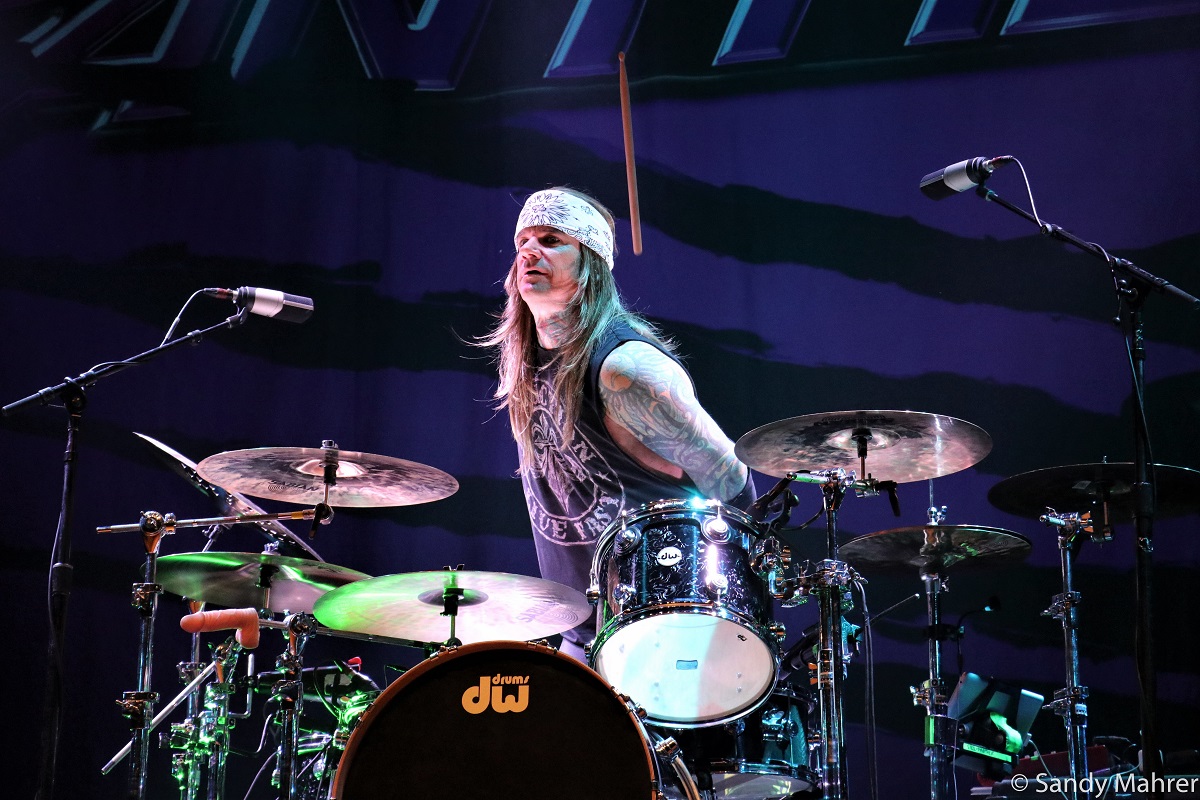 And then it begins: for «Asian Hooker» the first girl is lured on stage, Starr insisting she charges 20 Euro for a Happy End. And more willing girls are allowed on stage, lifted up by the security. The girls do everything for the attention and/or one of those popular aftershow tickets, one takes 100 selfies with Lexxi, another dances with Starr, and yet another follows the  band’s invitation and those «Boobies» screams from the crowd and removes her shirt. Only to obviously regret it moments later realizing this will be all over the internet immediately. It seems all the other girls on stage really enjoy it despite being 20 years younger than the band members. And the audience enjoys it too, for me this is just stupid. Good looking intelligent young women should not fall for this, but OK everybody has the right to party his/her way. After two songs the stage is cleared and only the one or the other girl in the audience feels like showing her upper body once in a while. The band does not really seem to care any more, though, after 90 min the magic is gone. 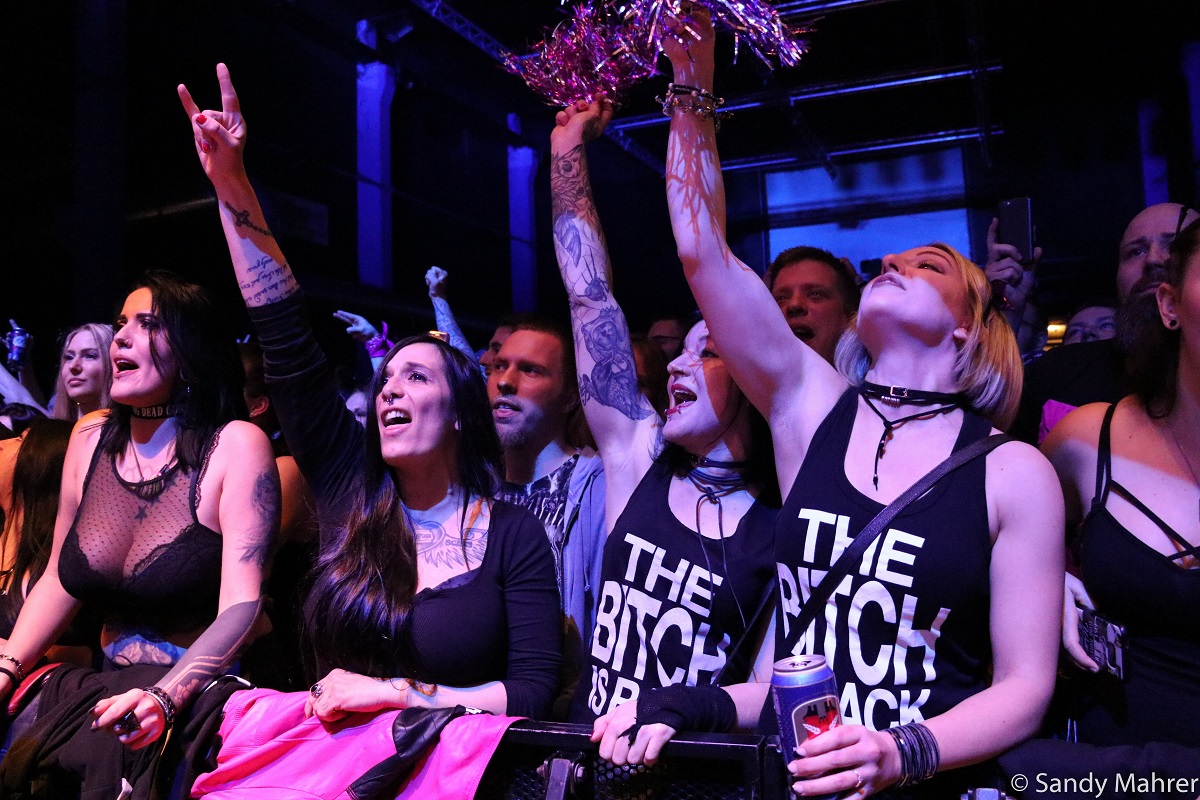 Michael, Lexi, Satchel and Stix surely know the show biz and how to be succesful, for me this band is simply overrated. The majority of the audience does indeed enjoy them, therefore I think we’ll have Steel Panther sticking around still for quite a while. 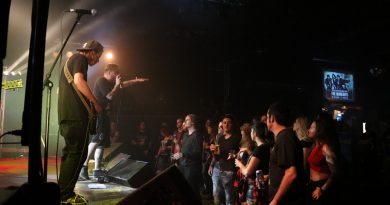