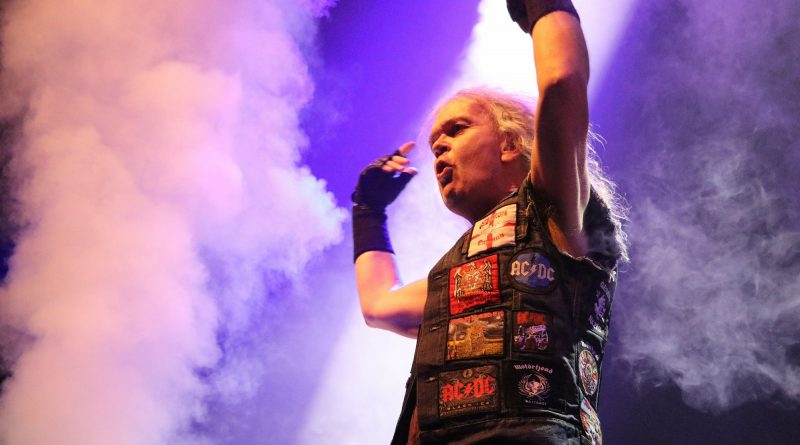 January 13, 2019 and the weather is everything but inviting to leave your home on a Sunday to watch a concert. Yet despite snow, rain or storm – it feels like you can fly to Pratteln – it’s worth it when Metal dinosaurs Grave Digger enter the stage of Z7.

First on stage punctually at 20:00h are Burning Witches, which is an all female band from Switzerland. Founded by guitarist Romana Kalkuhl in 2015, their new album «Hexenhammer» released by Nuclear Blast reached Nr 15 on the British Charts, which is amazing. In my opinion the dynamics on stage don’t quite work tonight, singer Seraina Telli has a demanding presence thrashing her dreadlocks, delivering a great show, and then another moment almost seems bored. Guitarist Sonia is usually lost in her playing and hardly interacts with her crew, and drummer Lala is almost invisible behind her kit on a podium. 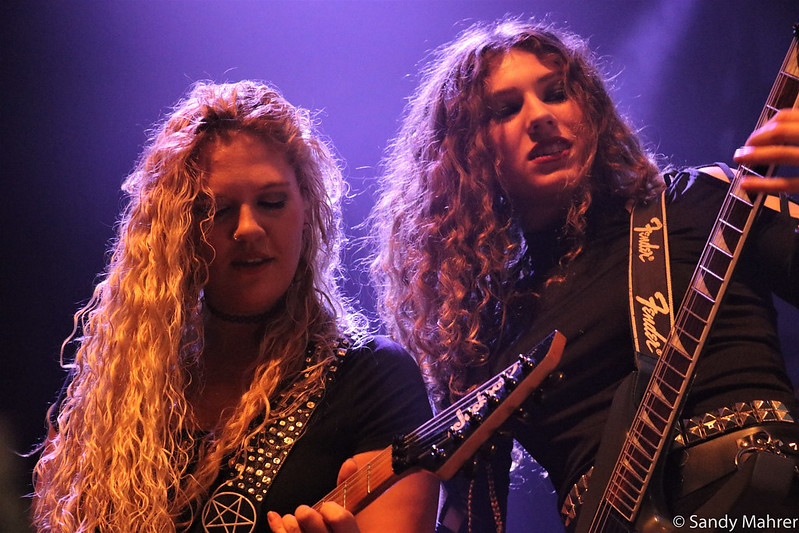 Only basser Jay moves a bit more but still I miss the impression that they are having fun. A bit difficult to judge their show as they all have excellent moments and then again there are some you feel that they could offer more. Not musically or vocally – although some songs sound similar – but mainly in therms of presentation. Their performance seems a bit forced, they want to appear tough and cool but actually their show works so much better in those moments when they are laughing.  Hence it’s not as inspiring as it could be, the interaction between band members and the audience is missing a bit. Most in the audience might oppose, especially the males who enjoy the girls’ outfits. Don’t get me wrong, I think it’s great what the girls are doing, and it’s worth to check them out. They just need to push their live presentation a bit more, then they surely make it big in the Metal Business. 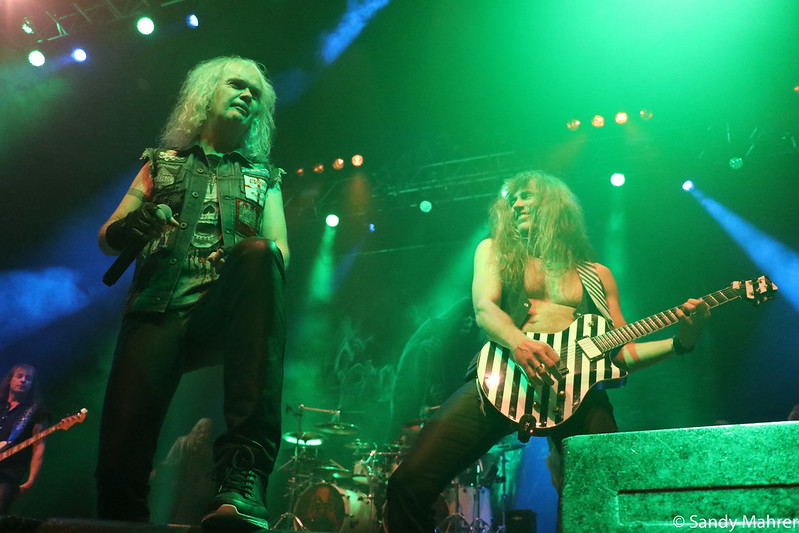 After a short changeover during which Zombies are placed on stage, the intro is played and the reaper enters to animate the audience, before Grave Digger finally appear, first Markus Kniep heading for the drums, followed by basser Jens Becker and guitarist Axel Ritt, who still enjoys to show off his well-trained upper body. It has been a long time since I have seen Grave Digger the last time but their entrance is still quite the opposite of spectacular, despite a few pyros fired off. Still they inspire the audience, and sometimes the Reaper re-appears, with a bag pipe or the Scot’s flag to hand it to Boltendahl – who tries to kill bassist Becker with it – not really, just a stunt of course.
Grave Digger are a quartet again and will no longer use a keyboard; another change at the drums with Marcus Kniep replacing Stefan Arnold, who has left the band. But since their early days Grave Digger have had line-up changes and singer Chris Boltendahl is now the last founding member. That does not matter, neither does the age issue as those guys still rock like back in the 80s. Their music and performance is pretty straight forward and still it works – sometimes less is more. Which those Germans prove tonight once again. 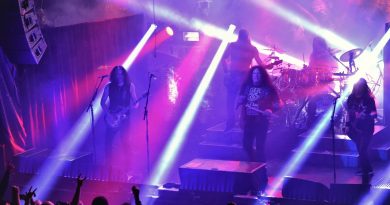