The Musigburg in Aarburg is a pretty new concert location and a former cinema, offering room for about 400 people and because of the arena setting it offers room for everyone to follow the show easily. Some details would need some work, though, e.g. the tiny and steep stairway for the band from backstage to the stage. And they use so much fog effects so towards the end you can hardly see the band any more. So maybe they should go easier on that. Otherwise a comfortable club with a nice staff, and you can easily reach it via public traffic.

The openers tonight are Fire Rose, in my opinion the best newcomer Hard Rock Band on the Swiss market. They don’t have much room on stage because of 2 drum kits, still  Fire Rose move around a lot, especially singer Phillip Meier. He knows how to work the crowd and even invites two girls in Christmas costumes on stage. They turn out too shy to dance to «Devil in High Heels» but the band still has a lot of fun. The Giese brothers Simon and Florian on guitars provide skillful soli and compete with basser Janick Schaffner showing off their big smiles. They seem to enjoy playing for and with the crowd, a fantastic live band with a set of great songs, you simply cannot get enough of them. No wonder the crowd demands an encore.

After adjusting the stage finally Crystal Ball appear for their last gig in 2018. It#s been a while since I have seen those guys live, but you can be sure they give it all every time. 2018 was a successful year for them, they have been touring in Switzerland and Germany. Musigburg is not sold out this evening but it’s pretty full and there are fans in the crowd who traveled from far to see this band again. It is nice to see that a Swiss band manages to create such a fan base. Singer Steve Mageney knows how to inspire the crowd, he jumps around on stage and invites people to sing along, which works out quite well. 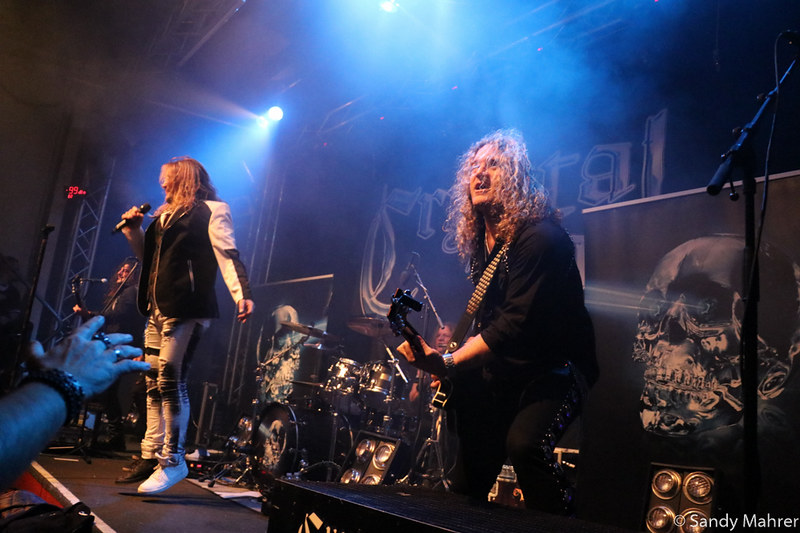 I’m always surprised about the focus of Scott Leach on guitar when he plays a solo, it’s just a bit sad there’s not much room on stage for the whole band and so he is a bit pushed aside, literally. He and drummer Marcel Sardella are Crystal Ball founding members and quite experienced; Sardella smiles behind his drum kit and flirts with fans in the front rows. Cris Stone and Tony Castell on Bass and guitar on the left are a great team and usually keep in the background. But for «Eye to Eye», a duet with Mageney and Noora Louhimo of Battle Beast, is a chance for Tony Castel to shine, as he sings the Noora part and does a great job. Please Tony, sing more often! 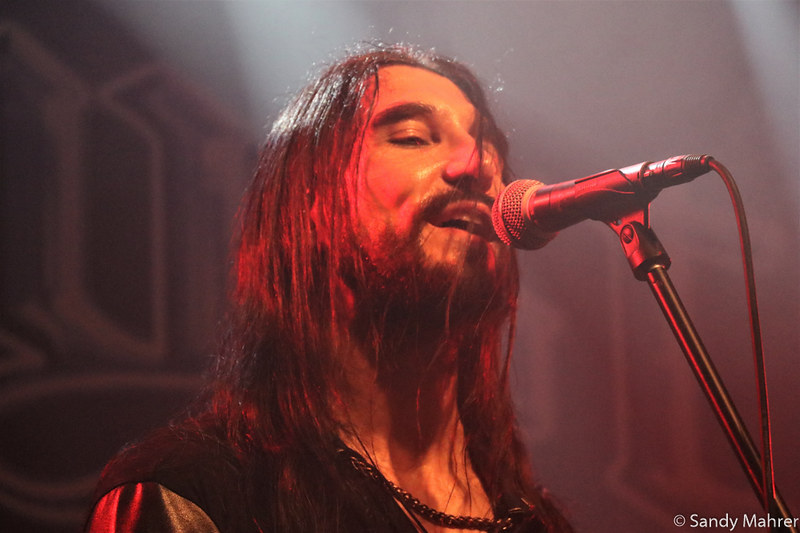 For the coming year Crystal Ball announce a new album to celebrate their 20th anniversary with 20 hits, 10 of those old songs to be re-recorded. I am looking forward to it curiously as they usually do not play old Crystal Ball hits before Mageney’s time, probably because it would be too difficult to reach those falsetto ranges of ex-singer Mark Sweeny. But I am sure he will make those songs his own. Before the encores the guys receive a little liquid surprise from their tour crew and the Soul of Rock Foundation as a thank-you, and a big Crystal Ball fan in the audience some happy birthday serenades from audience and band. After the encore part it only takes a few minutes and the band meets their fans at the merch stand.

A fantastic concert evening with great bands that should be better known in the scene. Therefore I wish them all the best for 2019, for the new album and an international concert tour.