It should have been an evening with four bands, but two support acts Griever and Davey Suicide had to cancel because of health issues. Because of cancelling at short notice, doors still opened at 18.15 h and people had to wait longer for the first act to play. Not so many tickets were sold, therefore it’s Mini-Z7 where only half of the big hall is accessible, and at 20.00 h Crazy Town make their entrance in front of 150-200 guests.

I remember them from my teenage years with their mega-hit «Butterfly», yet it should remain a one-hit-wonder, and those US Americans rather became notorious for  Reality TV Shows and rehab. That’s in the past and now they seem to focus on music only; at least singer Shifty Shellshock makes clear that all he wants is singing on a stage.  Basically the band skips announcements and deliver their show, where the bass player (whoever he is in this new line-up) stands out with his “Yoga moves” during playing and singing. Crazy Town appeals to the crowd despite their Nu Metal has lots of HipHop tendencies. Performance and song choice are convincing, I would watch this band any time again. Worth to watch even when you know just the  «Butterfly» Hit. https://www.facebook.com/officialcrazytown/

After a quick changeover Saliva enter the stage, another act I remember listening to as a teenager but I stopped following them after singer Josey Scott left the band. I have to admit to be positively surprised – those US Americans do an excellent job, the crowd is thrilled and is rocking along, people even serenade  Wayne Swinny  because of his birthday. The song choice is excellent, except the acoustic medley delivered solo by Bobby Amaru. He plays a few hooks, then he talks a lot, then he plays a bit, instead of continuing a song a bit longer, which makes it very difficult for me to follow. And although his voice is no match for Scott’s, he is doing a good job as a front man. They appeal to the crowd and don’t take long to meet the fans after the show, posing for photos and giving autographs – which is not always business as usual for US bands. A truly remarkable concert evening with two bands that surprised positively with their excellent shows – you should definitely watch them live. http://www.saliva.com/ 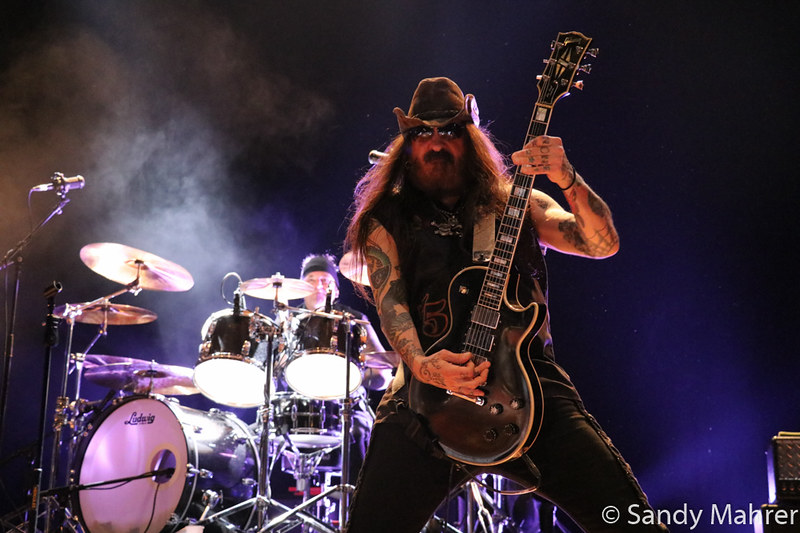