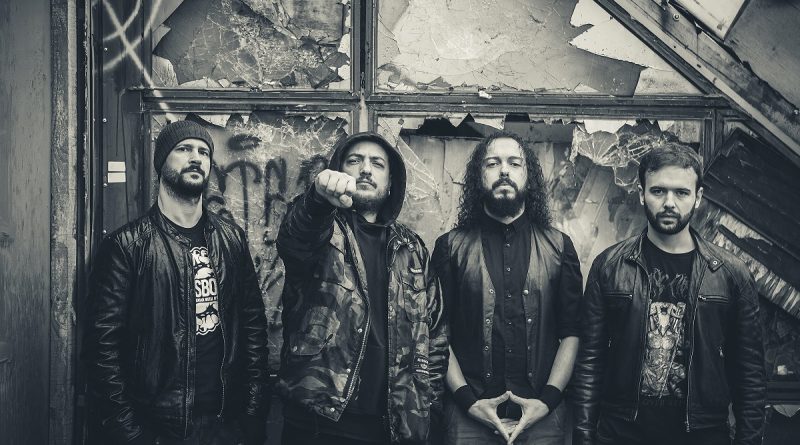 Our new Fresh Act is from Tirana, Albania, and band founder Olsi Ballta has more information for us:

You have been around for quite some time – could you please introduce yourselves?
Our current line-up is:
Olsi Ballta – founder/vocals
Theo Napoloni – drums
Ben Turku – guitars
Klejd Guza – bass

We had a lot of line-up changes over the years. We came to a point where it was just Klod (former and long-time guitarist of the band) and me. So we needed to revitalize the band. I got a call in 2010 from Theo (drums). We both studied visual arts at the Fine Arts Academy here in Tirana. So we met and started to rehearse. The chemistry was right so he became the band’s drummer. His first official gig with Crossbones was in December 2010.

Ben (guitars) joined the band officially in 2014. We previously invited him a couple of times as a guest guitarist for a few gigs. We also had a gig with his prog/metal band Inverse Horizon from Italy here in Tirana in 2011. So in April 2014, Ben took over guitar duties whereas Klod would play the bass because we had no permanent bass player. We continued like this until beginning of 2016 when Klod moved to Australia. So again no bass player. This is how Klejd joined the band and became our current bass player. He learned our songs pretty fast and gave the rhythm section a boost.
So this is how we got together in brief.

Was it a particular incident or song that inspired you to become musicians, and why this kind of music?
I guess we all grew up listening to rock bands and we all had our models, but at a certain point we wanted to write our own music, play our own instruments. And then universe made us meet together and start a band. hahaha
So each one of us, former and current members, went through the process of learning to play an instrument. This kind of music because it rocks…haha…and kicks ass.

How did you all meet, when and why did you form this band?
Original official line-up:
Olsi Ballta – vocals
Arbi Xhelo – guitars
Klod Shehu – guitars
Alban Male – drums/keyboards
Redi Hasa – bass

It started as just a group of friends jamming together and learning to play some covers from bands we grew up with. It was early 1996. Very soon we started to write our own songs. That’s the idea of having a band. Writing your own music.

(A more detailed band history HERE)
When – The band was officially born in 1996, after the name Crossbones was found in an English-Albanian dictionary by me (Olsi)
We started a band because we thought and felt that we had something to say and share it with other people. It was our way to see things, to express ourselves. It was written in the stars. We are the only band from the mid 90’s that keeps going.

How would you describe your musical style, and how did this style develop? What are your musical roots and influences?
I think it’s a mix of blends like thrash metal, hardcore, groove metal, combined with Albanian motifs.
A new way in the European post thrash metal scene, as our label and different webzines put it. And the sound has definitely evolved technically also due to technology and good equipment. We pay close attention to it and yet the DNA of it hasn’t changed.
We care about it and of course the guys in their respective section are doing great on making the sound tight and genuine and also enriching it.

We all have our favorite band and artists like Beatles, Stones, Doors, Hendrix, Sabbath, Led Zeppelin, Pink Floyd, Deep Purple, Iron Maiden, Metallica, Megadeth, DreamTheater, Sepultura, Pantera, Alice In Chains, Pearl Jam, Soundgarden, Korn, RATM, the list goes on. So each one of us took something from them and trying to finetune our style and sound.

How do you write your music and lyrics, is it teamwork?
Most of the time yes. We get together in rehearsals and try something new from scratch. Sometimes there is a main riff or vocal lines that are the first spark. Regarding lyrics, I’ve been writing the lyrics from day one of this band. I love to write, I guess words and vocals are my instruments.

Is there a particular philosophy behind your works, or where do you get your inspiration from?
The philosophy is simple. We write music that we love to listen to and share it with everybody. There is always a message in our songs. We don’t write music just for the sake of it. You need and have to transmit a message through your work. The inspiration comes from everyday life. Local or global.
Our new album is inspired by the recent conflicts we all know about and that is how the album title “WWIII” came. So the title and album cover artwork clearly convey the intense violence and conflict of the recent times.  (below a clip from this album to check it out, the ed.) 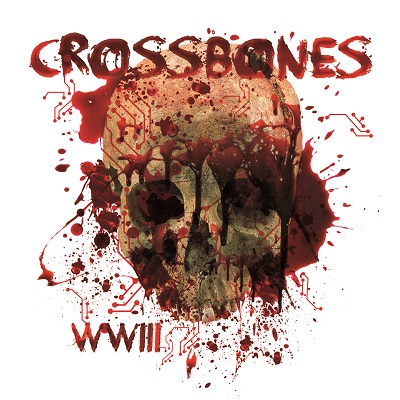 What is it like in your country to be a Rock / Metal band (playing the particular style you are playing)?
Well, it is difficult, too damn difficult. Small country, small music market which is overloaded with everything but rock. The rock/metal scene is small. But we never cared and feared this. We are the first rock/metal band releasing a full album on CD back in 1997, called Days Of Rage.
The first Albanian rock/metal CD in Albania.
Music is our mission and to us, rock is the answer. We gonna write and play our music. We’ve been doing this for 21 years now so there’s no reason to think and act differently.

What are your goals, dreams, what do you want to achieve with your music?
You know, write music, sign with a mayor label, support big names, becoming a big name, touring around, having our own jet, be on Metal Hammer cover hahaha…the usual stuff.

What are you doing ”in real life”, when you are not making music?
Klejd (bass) studies engineering, Ben (guitars) is an interior designer, Theo (drums) is a painter. He also teaches painting and drum classes and I am an advertising art director for 12 years now.
The funny thing is that Ben, Theo and me, we all studied visual arts, painting and drawing. Theo and me studied together at the Fine Arts Academy of Tirana.

How did you find this Indie Label? What is the trademark of this label, what are they doing for you?
We sent a few demos from the new stuff at Nadir Music Genova in Italy and the guys decided to produce the whole album and also deal with its worldwide release. Our good friend Tommy Talamanca is the man behind the whole post-recording process of it. It came out really great. And this was pretty awesome because once again, Crossbones would be the first Albanian metal band releasing an album that anyone around the world could buy or listen to. It was a wider and broader representation of Albanian metal to the world. And we are really proud of it. Right now we are trying to expose it as much as we can through gigs or tours and of course reviews/interviews and also music videos.

Do you have a weird /absurd story to tell, e.g. about mishaps at a gig/tour?
Well I recall a funny moment from our first tour in Baltics we did June this year. It was handled by THP Production (Latvia). It was our second gig in Narva/Estonia. It was just a river dividing Narva from Russian territory and it was 5 degrees. We played all dressed up and with a big fire just in front of the stage. We couldn’t believe it because Albania has 300 sunny days during the year; 5 degrees in June haha. But it all ended up great. Great hospitality.

What are your plans in the (near) future?
We already started writing for our upcoming album. We are planning a number of gigs and a tour hopefully within this year. And within October we should have released our second music video for “I’m God – II”. Fingers crossed. 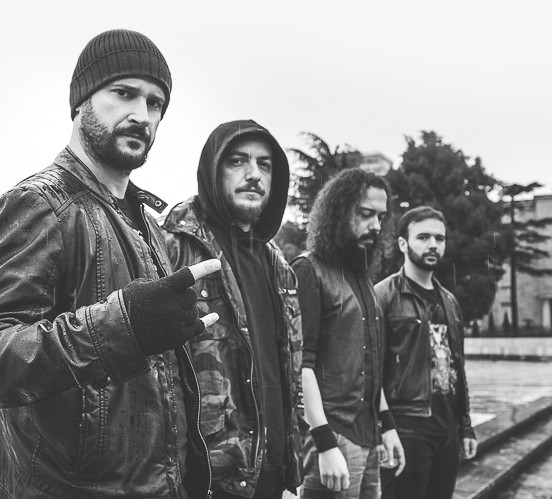 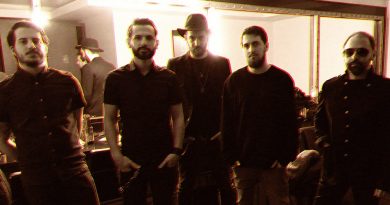 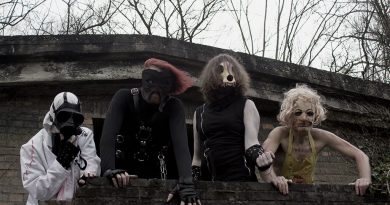