If you watch a Blind Guardian show in Germany, you enjoy the bombastic, almost cineastic side of the band. But if you want  to experience the more basic, Rock ‘n’ Roll like side of the Germans, a trip to the Netherlands could be an alternative. Where the band is less famous and therefore plays in much smaller venues than in its home country.

At the end of the year, Blind Guardian are playing a club show at the “Lucky” in Rijssen. The “Lucky” is a very nice and narrow-built club with an estimated capacity of 800 people. The auditorium in front of the stage has two different levels, making it easy to watch the show from the whole club. In addition, there is also a small gallery.

Before the Fantasy metalheads are performing, it is time for Cirrha Niva from the Netherlands to warm up the club. At least, that’s the plan. However, the band cannot use its home field advantage, because it is too difficult to get access to their songs which seem to lack any choruses. In this case, the stage acting of the vocalist, which reminds in some ways of Robert Plant, does not change the overall judgement.

Although Blind Guardian accustomed to much bigger stages, they seem to enjoy the show from the first second. Maybe it is because many of their family members are also watching today.  So the guys are very encouraged to deliver a great show. After a short warm up program it is time for “Imaginations From The Other Side” in its entirety. Afterwards also six more encores are performed. One of them, ‘The Curse of Feanor’, is quite rarely played and therefore something.

Although producer Charly Bauerfeind is already mixing songs for an upcoming live album, the band still records all of their shows. But that’s no enough: Today Frederik and André are also recording their performances via GoPro cameras. I am curious whether the stuff will be released soon.

All in all, the mood tonight is very good, which could also be a result of the great sound environment. It seems that the audience in Rijssen has heard already that Blind Guardian sometimes enlarge their shows and play additional songs after the last encore. But today the screams for ‘Majesty’ die out without success. But that’s not such a pity because it was a nice, intimate evening with one Germany’s most successful Metal bands. 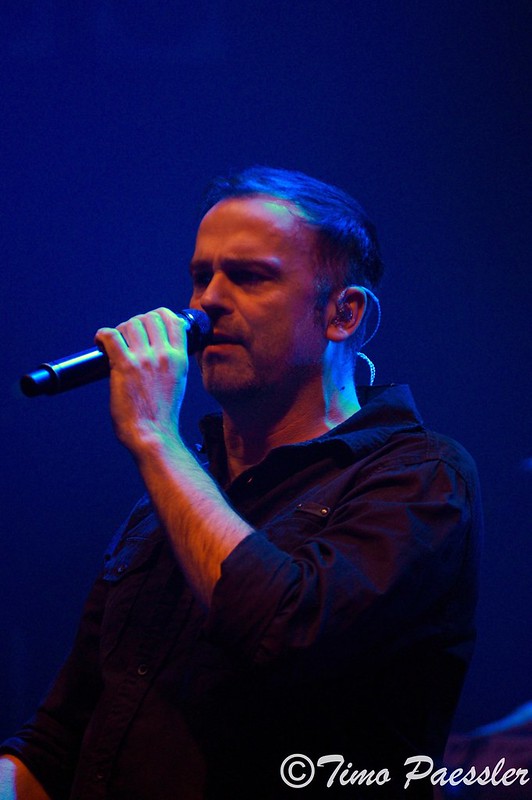