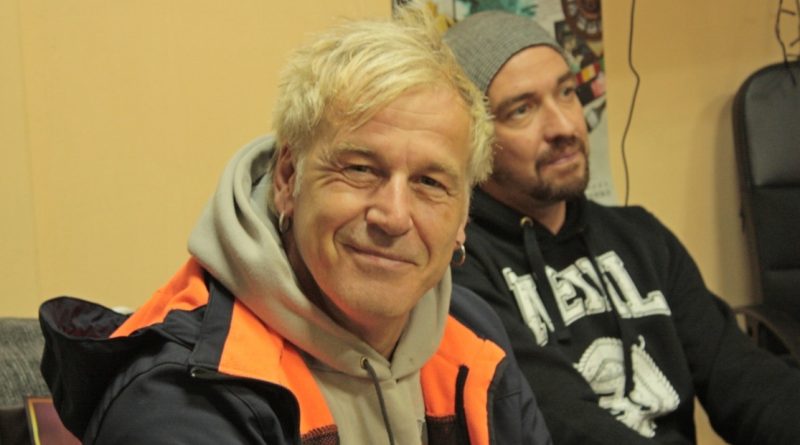 If you ask anyone about a famous folk rock band from Germany, very often the answer will be In Extremo. They are known for their medieval themes and lyrics, their music incorporates a standard heavy metal lineup of vocals, guitar, bass, and drums, in addition to medieval folk instruments, primarily bagpipes. Their songs are both originals and traditional, the latter often in medieval languages such as Latin or German archaic dialects. 3 albums of the band conquered top of the German charts – in 2008 Sängerkrieg, in 2011 Sterneneisen and 2016 Quid pro quo. In this regard, we talked with In Extremo about the album, concerts and life.

You are here to present the new album «Quid Pro Quo». Has your approach to its creation changed somehow if compared to the previous albums?
Specki: I think, yes. Because it was not a real step back or back to the roots. It was not in our might to have the straight way, but we only make what In Extremo stands for. The main thing in In-Extremo is – and we make music for 21 years now. Things change in 21 years and it’s always the natural way. And we tour around Europe and Russia and US and we’ve been to Asia, China. The impressions we collect all over the world are very very multicolorful. This is what In Extremo stands for.
Micha: «Kunstraub» was also a nice album, but in another way. In «Quid Pro Quo» we sing about going back to the roots.

Do you become more critical towards your music through these years?
Micha: We were in the interview tour and everybody was saying ‘wow!’ ‘nice!’ So it was good feedback from everywhere.
Specki: And we have two critical songs on the album. The title song “Quid Pro Quo’ and the other one ‘Lieb Vaterland’ which is around the WW I. This was important to us to make clear that our music stands for peace and harmony between countries and between people. This is what we really want to say. War is always the worst way you can go.

And has the 20th anniversary influenced this album?
Specki: I think the important thing is the party on Lorelei was the big success for us. We have sold out venue two days. So the warm breeze of the Lorelei Festival kicked our asses quite strong to make a good album.

And do you have any personal favorites among the songs on «Quid Pro Quo»?
Micha: Sure. Mine is «Lieb Vaterland» and «Chyorny Voron». «Lieb Vaterland» has really deep lyrics and the music of «Chyorny Voron» is for me is like goosebumps, you know. I feel something there!
Specki: And for me, I’m the drummer of the band so..
Micha: I like songs without drums 🙂
Specki: «Dacw’ nghariad» because it is quite strong, metal music, machine going on and it’s what I like. And I like it when Micha sings in the foreign languages.
Micha: Oh, it is another favorite song! On this album I have 10 favorite songs and this is the first time! Normally for the new album we play only 2-3 songs and we have more than 250 songs and when we prepare the set list is like fight! But «Quid Pro Quo» I could play 10 songs, but it is not possible because we also have to play old songs. I like it very much. 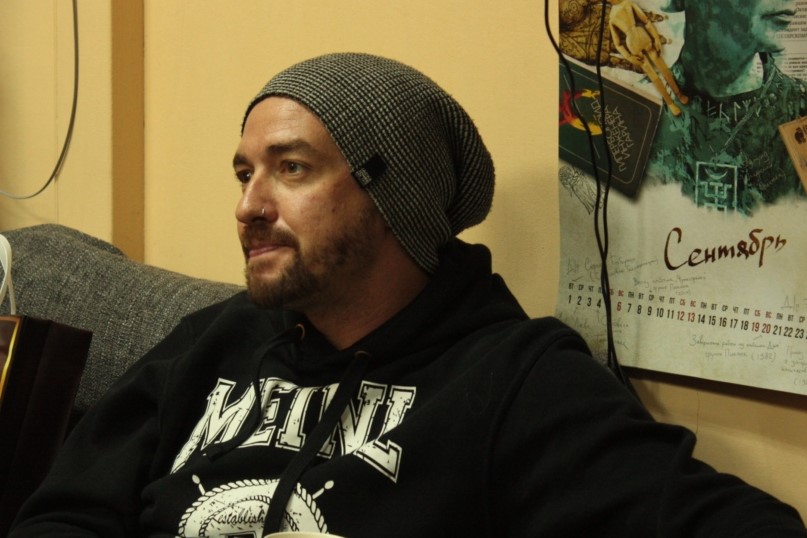 We wanted to ask specially about «Chyorny Voron» and another song ‘Roter Stern’. They are both connected with Russia. How did you choose so and what inspired you?
Micha: Yes, yes! We have been so many times in Russia and in every city when you see people in the streets, everybody is friendly and you feel the heart, you know. And 80% of the band was born in East Germany and you know this mentality. When I was for the first time in Moscow I came to the street and I know directly the street law and I feel like home. But I think for the others too. Specki comes from…
Specki: The western part of Germany, South part. So for me, the first time in Russia was 2011 with In Extremo and it was quite strange. I didn’t understand that the country works like this, but it was a really good time for me. And now I’m here for the 4th time I think and this is like coming home now, you know.

We have read the story that your studio burned down on the Christmas Eve. What was that story about?
Micha: Was it Christmas? It was warm!
Specki: The day before Christmas, yeah. We moved from one studio to another and told the company that was building the new studio ‘You have to be ready on 21st of December’, because we wanted to move 22nd. And we did it. And it was the new one and it was empty and only Basti took 2 hours and there was explosion in the car garage. The guys, who were not safe with the gas. Fortunately nobody was in the studio at that moment because it was really big explosion and the whole city of Berlin was black. There was one big cloud of this fire. So we were lucky!

Is it difficult for you to sing in so many different languages?
Micha: Sure! I must learn it. And writing songs is not easy. I always have the papers for safety. I know it, but in case of what. Then I sing it for 2-3 weeks and I don’t need this.
Specki: And I see in his eyes if he knows lyrics or not. If I see that he doesn’t know what he has to sing, I wait with my counting for the whole band.

Is there anything in your rider-list something that is annoying people who are organizing concerts?
Specki: No. I don’t think so. We are quite easy, we don’t have drugs, we don’t have any special kind of cigarettes, a lot of vodka and no special food we always need, so i think we are quite easy to handle.
Micha: But everybody is sick a little bit.
Specki: And we are now drinking tea instead of vodka. There’s something wrong with us.
Micha: It’s air conditioning, believe me. 3 days ago, in Nizhny Novgorod it was so warm on the stage and then from the roof came the air conditioning and I felt it. I said ‘ close this fucking stuff’, but no one listened. 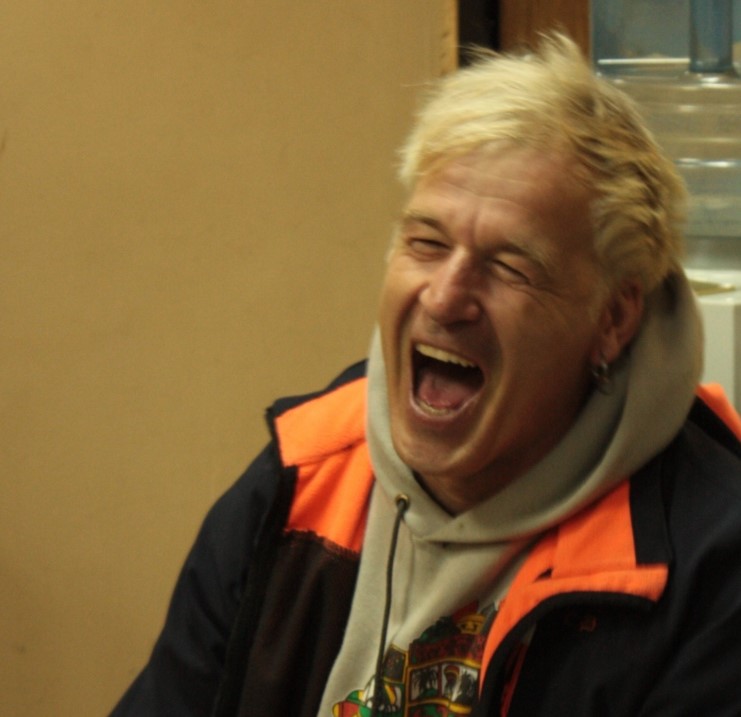 If you could change anything in the way how show business works, what would be the first thing you do?
Specki: Good question. The first , I’d lock up the internet. 🙂 Many things that have changed in the show-business in last years. There are no record companies anymore.
Micha: So many people steal the music.
Specki: Yeah. And everyone steals from another one, another project. But I think those things you cannot stop. And in future there will be another time. So the first thing is maybe to push record labels and record stores again, because this doesn’t exist. And it is very sad.

There are many sad things, yeah, And you have many cheerful songs and ones about magic. How do you find inspiration to create those?
Micha: We are writing songs together. And when you go with open eyes on the street, you just see it!

The Blanko: Trust the Inner Voice

Tarja Turunen: Under Judgement All the Time