The stylistic bandwidth couldn’t be wider than today. But the billing couldn’t be greater: also the support bands Arch Enemy and Amorphis normally play headliner tours. So it is no wonder that the venue is fully filled. Moreover, the sound is fantastic today, therefore a great evening can beginn. 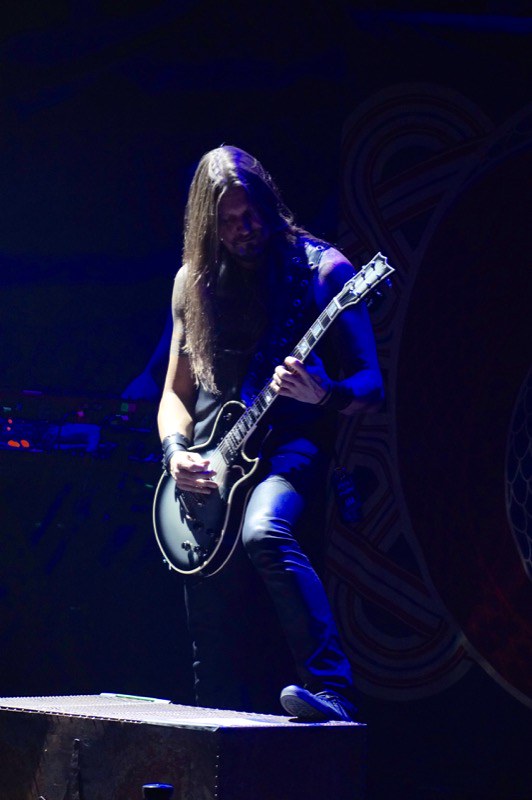 Amorphis are starting overly early at 18:25 h, which is really a pity because a lot of people are still searching for a parking gap. The beginning of the show feels therefore a bit reserved. The majority of the audience does not know the progressive stuff of Tommi Joutsen and his sidekicks yet. So it takes until ‘Bad Blood’ to wake up the audience and to make them raise their hands. Solid, but still improvable. So all in all, this show is not a historic one, but Amorphis could once again confirm to be a top band,  especially since  frontman Tommi has joined them. 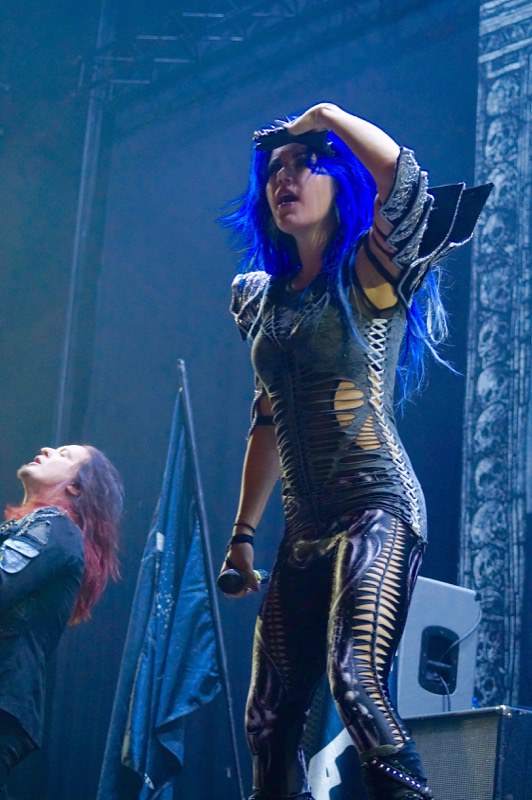 Arch Enemy do not fit into today’s billing at all. First of all, they are the only non-Finish band of the evening and secondly, they are the absolutely toughest band today. The only thing uniting them with today’s headliner is having a female vocalist (although those two couldn’t be more different). But they really rule today although only a small part of the audience has ever seen the band live. No wonder, they have a phalanx of great songs, they are masters on their instruments and compared to last years Oberhausen show, Alissa White-Gluz has improved her entertainment skills. So at the middle of the set, half of the heads on the infield are already seesawing to the beat, all hands are being raised and at least half of the pit jumps at ‘No Gods, No Masters’. So this show turns into a triumphant one, and when concluding with ‘Nemesis’, Arch Enemy can be sure that they have gained many new fans today. 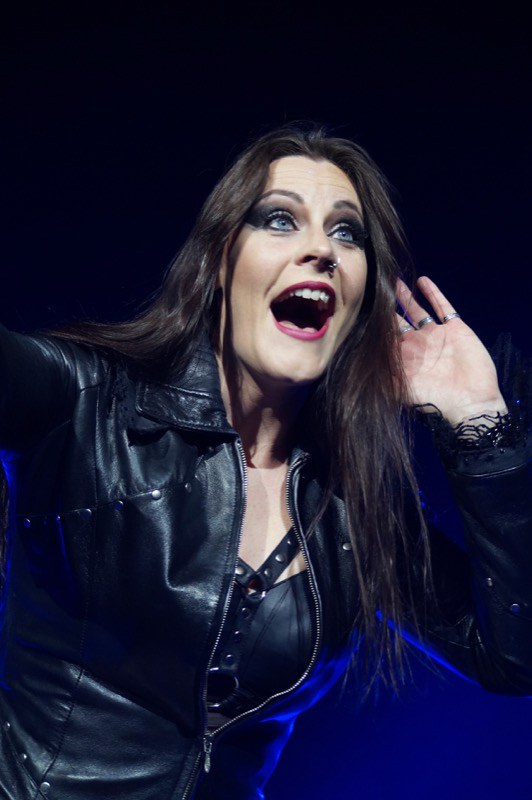 Right at the beginning, Nightwish are showing everything: fire, flames, smoke and 2 really strong songs from their latest album. The pit celebrates the band right from the first second, for the ranks it takes until the soulful ‘The Islander’, which is almost completely performed solo by Marco. Another great one is the new ‘Weak Fantasy’, which starts with battle between Tuomas on keys and the drummer (!). Later on, Tuomas even performs some headbanging. Also the shortly afterwards played ‘Alpenglow’ is a real goosebumps moment. But a really furious moment is the final part of the show, starting with the bombastic ‘Ghost Love Score’ and ‘The Last Ride of the Day’ before ‘The Greatest Show on Earth’ reveals everything Nightwish has too offer. This song alone sufficiently answers the question why Nightwish have reached the status where they are today. Excellent!

Setlist Amorphis:
Death of a King, Sacrifice, Hopeless Days, Bad Blood, Sky is Mine, Silver Bride, The Four Wise Ones, House of Sleep

Setlist Arch Enemy:
Yesterday is Dead and Gone, War Eternal, Ravenous, Stolen Life, You Will Know My Name, As The Pages Burn, Avalanche, No Gods No Masters, Nemesis

Setlist Nightwish:
Shudder Before The Beautiful, Yours Is An Empty Hope, Ever Dream, She is my Sin, My Walden, The Islander, Élan, Weak Fantasy, 7 Days to the Wolves, Alpenglow, Storytime, Nemo, Stargazers, Sleeping Sun, Ghost Love Score, The Last Ride of the Day, The Greatest Show on Earth 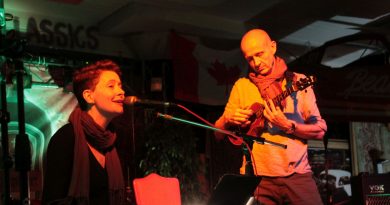