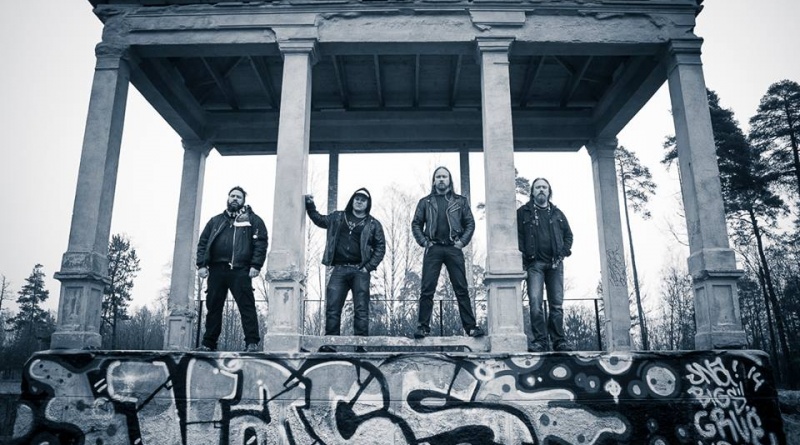 When living in Finland, it is difficult to ignore the simple fact that this country is the world´s number 1 in Metal – not only highest Metal band / population ratio, but also when it comes to the question of quality. Therefore, once again a Finnish band to be introduced to you as our new Fresh Act of this summer: Freedomination from Helsinki, who recently self-released their EP “The Stand”.

Who are you – can you introduce yourself and all of the band members?

Hello! I am Timo Ahlström (vocals and guitars). The other guys are my brother Jukka (drums) and Mikko Turunen (guitars). Otto Luotonen plays bass on ´The Stand´ but he just informed us that he can´t continue with the band due to time issues which is really sad ´cause he´s a great musician and character.

How did you meet each other?

Meeting my little brother was just a matter of him being born, hah. Mikko wasn´t our first guitar player but he joined us already in 2010 when our former guitar player Mika Savolainen went to study to Jyväskylä.

We´ve already had 5 guys playing bass for us and now we´re looking for the sixth bass player. I met Otto when I went to play for an S.O.D. cover band and then I also joined Kiljuvelka-70 after that and Otto played drums for that band too. Of course I knew Rytmihäiriö beforehand (Otto´s main band, the ed.), but S.O.D. cover band was the reason we met ´cause Jari Hurskainen (ex-Gandalf, ex-Scourger) asked me to play guitar for them.

When and why did you form this band?

I already had decided I´d form a band when I was like 12 years old. It just took a long time ´cause it was so hard to find people who would wanna do what I wanted to do. Also I didn´t have alot of faith in my compositions (which makes sense when I find some piece of lyrics or riff that I wrote then). Back then I wanted to form a horror punk band. We did play some Misfits, Iron Maiden and Metallica covers already at school with a few classmates when I was 14.

The early stages for this band were in 2006 already when I started playing with a few guys. We were working at the same warehouse with the drummer guy Jani Honkanen and we would try to come up with a name. I wanted Megadeth/Annihilator type sound and name too so we were thinking of names like Destrociety and Massdestructor etc. hahaha. We wanted to be very critical of social issues and that kinda stuff too but I was a bit too dumb to write about that kind of stuff…

I can´t remember when I first came up with Freedomination but that name felt right. And the reason was still the same. I needed to have a band. But now I needed to have a heavy metal / thrash metal band instead of horror punk band. I looked up to Jeff Waters, James Hetfield, Dave Mustaine and people like that.

Our musical style is metal. I atleast want to believe that we have our own little twist in it that has developed from listening to punk, progressive rock, blues, pop, aor and all kinds of music and different kinds of metal too.

My musical roots were in punk and then came rock and metal music. I learned to appreciate different kinds of things when I picked the electric guitar and had some guitar lessons where I´d learn to play songs from very different styles of music.

In which bands have you played before?

Before Freedomination there were only some cover bands and then this band from Järvenpää named Bedimmed. I was never even into that kind of music but I just wanted to play for some band so I didn´t last there for too long. They were nice guys though.

I´ve been trying to make it more into teamwork but it´s not that much really (atleast yet). I write the music and lyrics and then sometimes somebody has had a little idea here and there but mostly it´s been me.

My only philosophy is to write and play the kind of music I want to. I´m inspired by all the people who stay true to themselves and keep on going even when things get rough.

Would be cool to give you an exciting story about the name but I don´t have one. We were doing alot of effort to have a name that isn´t used already and would sound cool. I don´t even know if it sounds cool. I know some people don´t think it does, haha.

My goals and dreams…Atleast right now I´d like to have more people get into our music and just play cool gigs and be able to record and release a very good album. We did record a full length album and the songs on ´The Stand´ are also supposed to be on that but we´ll see what happens with it.

We´re totally looking for a record company. Just haven´t found one yet so we just have to go with the DIY mode. But it´s not that bad. After all I first got into punk!

What should an ideal record company for you be like, and do for you?

A label that likes us, is willing to support us and is able to help us get our music out.

What are your live shows like? What´s the perfect venue/show for you?

I really can´t say anything about a perfect venue. I love playing music (except sometimes in the spring time because it´s hard to sing due to allergies). Our live shows seem to usually make people happy. Atleast there´re always plenty of people thanking us for the gigs. We are energetic and I´m pretty sure it shows that we love what we´re doing.Do you have a weird /absurd story to tell, e.g. about mishaps at a gig/tour?

We haven´t played any tours but yeah, there´ve been some of weird and dorky things happening for sure. Maybe I can tell some of that stuff later on when we have a little more stuff to tell. It´d be wrong now ´cause it could end up seeming lame or something.

I´d love to tour with any band that are cool guys and even better if I actually like their music and they´d like our stuff too.

<b>Metal nation Finland, at least this is what foreigners perceive: if you were a tourist gude, what would you show people on a Metal sightseeing tour? (can be Helsinki, can be all over Finland)?</b>

That´s an interesting but hard question. I go to PRKL Club in Helsinki very often. Some of my friends are usually there so I like it. I don´t even listen to that much finnish metal so I dunno. I´d be a terrible tourist guide. I´d probably show that one bar that anybody can find and tell them that they´re on their own from now on, hahaha.

My plan is to get this album that we recorded out and write and record new music. I´m looking for more gigs to play and trying to enjoy life. And we´re trying to find a new permanent bass player. 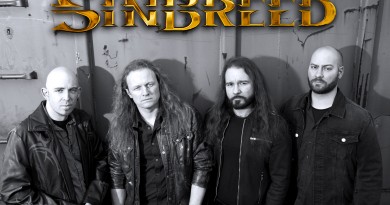 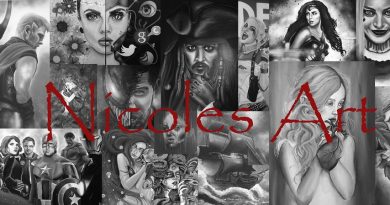