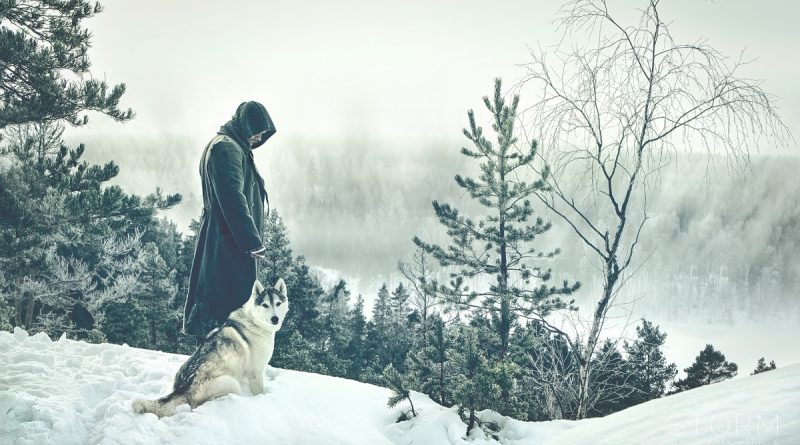 It was quite a shock to read the weekend newsfeed in a certain social media network, especially for a big fan… Tuomas Saukkonen, mastermind of Before The Dawn, Black Sun Aeon, Routasielu, Dawn of Solace and Final Harvest, put all the mentioned bands to rest. News I have difficulties to “like”… No time for sorrow, however – naturally the hardcore-workaholic already launched a new project: Wolfheart.

Tuomas, I can imagine that this was no easy decision – can you tell us a bit more why and how come?
I had been thinking about this for a few years already, but was not ready to let BTD go until ROTP was out, and we had played an European tour with Insomnium and awesome summer festivals. Then I felt that the time was right to let the band go. For few years already I had been thinking about it, but there were way too many struggles on the way and I didn´t want to bury the band at a time when I felt it was in its weakest form. Leaving the band behind then would have felt like a great failure, but now it felt like a battle won. After all the difficulties being able to write the best album of the band and play one of the best gigs ever in BTD history during summer 2012 were the highlights I wanted to keep as the final moments.

So did you plan to completely retire as musician and THEN had the idea for the new project, or was Wolfheart born right away from the other bands´ ashes?
I could never ever retire or leave music. I knew that there will be something new to come and that there would be one band to replace all the others, but I took several months just for writing new music without any schedules or deadlines and wanted to see where the music would take me. After a while I started to notice a certain concept within the songs and started to build also the main idea of the band, and before I knew it Wolfheart was born.

You were with like 3 different record companies with your other projects, what´s the situation for Wolfheart?
Actually the total number of labels involved with my now previous bands / projects was 6. Wolfheart has a bit different situation at least for now, since I decided to first get half of the debut album recorded and mixed and then use those tracks as promos for the labels and head back to studio in March to record and mix rest of the album. Just got the first half of the album ready a week ago, so need to start to be in contact with the labels, since at the moment I am a demo artist and have no record deal. In many ways this kind of a “back to the roots” kind of scenario.

Rumour has it there will be some farewell-shows, acoustic and not-so-acoustic – where and when?
There will be indeed a farewell show in Finlandia klubi, Lahti, Finland 23.2. where Before The Dawn, Black Sun Aeon and Routasielu will play one final show together. Going to be one heavy night in all forms of the word. 3 gigs in a row to play and also the fact that those are the last gigs of each will make that evening emotionally and physically very challenging.

Any plans for “best-of” releases concerning the bands you buried?
Stay Heavy Records (long time partners in crime with BTD + BSA) will release a 3CD box including the best of BTD, BSA, Dawn Of Solace and Routasielu and one of the CDs will be an acoustic one, including naturally acoustic versions of BTD, BSA and DOS songs. Some special bonus material is also been on the planning board, but I can´t say anything about that yet.

What are your hopes/expectations with the new project? Will it stay a studio/one man thing, become a “real” band, any live presentations planned?
I just want to write music I like, record and mix it with dearest of friends and play the songs live with fellow warriors who I honor deeply of their talent and whose company turns even the crappiest day into a victory. Wolfheart is at least at the moment just a one man band until the debut album is done, and surely there will be a live line-up so that Wolfheart is ready to hit the stages as soon as the album is out !

With almost 2000 “Likes” in 3 days I guess the new project had a good start…oh, and in the teaser video – is that a dog looking like a wolf – your dog/wolf? (sorry not so familiar with the canine species/underspecies)
Mixed race dog/wolf – not mine.

Thanks for the interview! 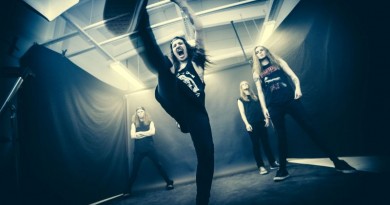 Triosphere: All because of this uncle