Jalometalli (precious metal) can be found also near the Arctic circle, this year for the sixth time in Oulu. Although up to now more an underground festival, it could easily compete with those big Finnish festivals. Still there is this particular “big-family” feeling, you could even see various musicians sitting in the press/backstage area dressed in nothing more than towels… Another likeable aspect, one of the two stages – being alternately played – is inside Club Teatria, which means that you don´t have to worry too much about weather conditions.

There were not so many visitors yet when a double Thrash package – National Napalm Syndicate und Perfect Chaos – opened the festival, followed by Amoral from Helsinki with Prog-Thras-Death Metal. Frontman Niko Kalliojärvi behaved like a madman on stage during “Drug Of Choice” or “Mute”, his Metalcore vocal style works better live than on CD.

Omnium Gatherum, now with Elenium´s Jukka Pelkonen as singer, created a weird mix of Black Metal atmosphere and 70s Blues/Hardrock groove, sometimes the sound was a bit pulpy. “Spiritual” or “Just Signs” reminded you of this Type O feeling.

After that Unleashed indeed unleashed Old School Metal forces, a mix of blast beats and cool headbanging grooves. Chanting before the show proved that many people had waited for the Swedes, as they had not played in Finland for a long time. They played highlights of their back catalogue, e. g. „Don´t Want to be Born“, „Triumph Of Genocide“, „Into Glory Ride“, „Death Metal Victory“ and had the audience sing the „Never Ending Hate“ chorus.

Old School, but Black Metal, continued inside with the Finns Horna Somehow it was difficult to tell how many people supported the band, because many “Horna” (abyss, hell) shirts people wore referred to the booze… Pretty rough were also the Thrashers Deathchain, who have gathered quite many fans in Finland already.

Rotting Christ were a positive surprise for me. The Greeks performed a great show and displayed some wicked humour that was appreciated by the Finns. Charismatic front man Sakis looked in red spotlight and his styling like Beelzebub himself, preparing a blastbeat-groove contrast bath that was still melodic – just great! They played songs from their new “Thegonia” album and also classics like “In Comine Sathana” and ended with “The Fifth Illusion”.

Testament had a little delay, but the fans seemed to be even more excited. And it´s true, Old School Thrash is the best when played by the originals. Naturally the program included classics that still sound modern, like „Practise What You Preach“, „Into The Pit“, „Over The Wall“ and „Alone In The Dark“ (where the audience sang along). The gig ended much too soon with „Disciples Of The Watch“. Many Testament fans were afterwards of the opinion that the gig at Tuska 2005 was somehow much better.

Surprisingly many people were still up for the recently reformed Melodic/Goth Metallers Eternal Tears Of Sorrow, with the emphasis on Metal, e. g. “Black Tears”. The sound, though, sometimes left a lot to be desired.

A rainstorm in the afternoon did not disturb the festival, it ceased before the first bands, Finnish Black Metallers Urn and the Power Metal band Altaria began. Their coverversion of Accept´s “Balls To The Wall” could virtually be heard in the center of Oulu. After Sacred Crucifix and Death/Black Metal Mix Burning Point offered Hard Rock/Power Metal as a contrast. Even the opening acts had more audience than their colleagues the previous day.

Profane Omen shouter Jules Näveri, also with Waldemar Sorychta´s Enemy Of The Sun, manages growls and clean vocals also live quite nicely. Metalcore/Thrash & melody, a mix of styles and their stage show reminded you of Faith No More, very flashy-colourful also bass player Tomppa. A band that is a lot of fun! As a grand finale they played the WASP cover “Love Child”, just 3 times faster and 5 times heavier than the original…

Domination Black offered classic Metal in the style of Maiden/Priest, including a “Breaking The Law” cover in their set. Pretty much the same style continued with Twilightning inside, Heikki Pöyhiä reminded you with voice and gestures of Kotipelto, but the show was average. Insomnium had to play without keyboarder this time, but they managed to attract the masses with e. g. „Drawn to Black“.

Finnish Melo-Power-Speed Metallers Kiuas had Amoral singer Niko as guest growler on stage – a great act that has a big following on home soil already. Later Machine Men drew as expected a lot of female fans into the hall.

Holy Moses entered stage after a weird Reggae intro and started a Thrash thunder storm with Sabina acting like a wild animal, the fans freaked out, also because those Thrash veterans played for the first time ever in Finland. Besides songs of their new „Strength, Power, Will, Passion“ CD they played legendary „New Machine Of Liechtenstein“ stuff and as finale „Too Drunk To Fuck“ where a selection of happy fans had the chance to bang their heads on stage with Sabina & Co on stage.

Kreator, for the first time in Oulu, could easily beat the Friday headliners in terms of audience number, response and thrilling performance. The atmosphere was great, and the security had something to do (usually even Finnish Metalheads behave disciplined). Mille made some antiracism statements but otherwise did not talk much, focusing on the program that contained all hits, „Violent Revolution“, „Pleasure To Kill“, „Enemy Of God“ or „Awakening Of The Gods“, „Flag Of Hate“ and „Tormentor“ – what´s left to desire? Well, “Winter Martyrium” perhaps, I´d like to hear this one on stage again…

But for me the real neck breaking highlight of this festival followed afterwards: Slow motion Metallers Candlemass with new singer Robert Lowe (ex-Solitude Aeternus). With charisma he created magic moments but also showed humour. His clearer brighter voice also fits nicely to the old material, e. g. „Marche Funebre“, „Mirror Mirror“, „Bells Of Acheron“. From the new „King Of The Grey Islands“ album they played „Emperor Of the Void“and as encore „A Sorcerer´s Pledge“ and „Clearsight“, before Jalometalli closed its doors for this year.

A great festival that draws many fans from all over Finland – just those many familiar faces from Helsinki in the audience… Metalheads should keep an eye on this one!
photos: Tanja Ahtila, K. Weber 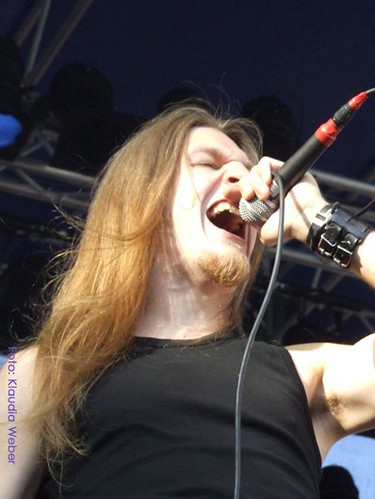 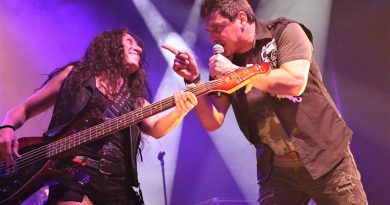 An Evening With Dimmu Borgir 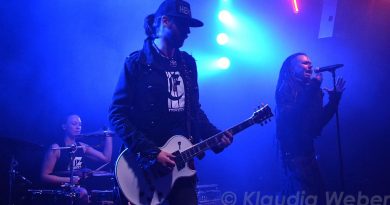