When Hanoi Rocks broke up in late 1980s, the band members took on various other projects. One of the most successful acts in the wake of those legendary Finnish glam rockers was Cheap And Nasty, active in London from 1990-1994. The line-up of this glam rock, glam punk and hard rock band consisted of former Hanoi Rocks guitarist Nasty Suicide (git, voc), Timo Kaltio (git), Alvin Gibbs (bass) and Les Riggs on drums. And the latter – Leslie “Les” Riggs – lets us know more about those good old times, why he quit playing music and what made him reconsider – there might be a reunion in the near future…

When did you begin playing music, Les?
I started playing music long before I had a drum set. I was 14. I used to drum along to records on cushions or anything I could, really. Oddly enough though, the first instrument I played was the trumpet. I played in a marching band. The call of the drum was too much though, so I soon switched to bass drum and snare. That’s where I learned how to twirl my sticks. I had my first band at 16. We played all covers. Mostly heavy rock stuff, Twisted Sister, Ramones, etc.

When and how did you meet Mickey Finn?
I met Mickey through Timo. They shared an apartment across the street from where I was staying. I spent a great deal of time over there, hanging out, drinking coffee, listening to records, among other things. I later played with Mickey and Timo in Stronzo, a fantastic rock and roll super group with Sami Yaffa, Marc Ford, from Burning Tree, later of the Black Crowes and Craig Ross, of the Broken Homes, later of Lenny Kravitz’s band. That was a gas. A once in a lifetime trip. We even opened for Mike Monroe at the Whisky. 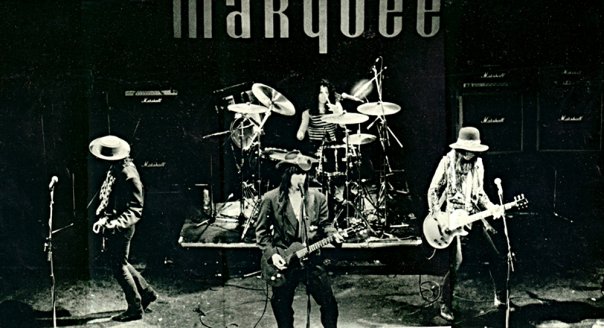 When did you meet Timo Kaltio of Hanoi Rocks? What was that like playing with Timo? Any memories of him (he sadly passed away Sept 2, 2021, in Helsinki)?
I first met Timo when he was a roadie for the Cherry Bombz. I met him a couple years later when I was asked to play drums in Cheap and Nasty. We became great friends very quickly. Over the years when Cheap and Nasty were inactive, Timo and I always had a side gig going. He was my best friend. Playing with Timo was a blast. He was a great player who was up for anything. He was a very interesting guitar player, very textured. I have a lot of memories of Timo, too many to share here. One of my favorites is recording Cool Talk Injection. He really delivered on that record. He was very solid in the studio. No fuss.

How did you meet Rene Berg? You drummed for The Crybabys also.
I met Rene through Nasty. They had played in a couple bands together. Rene and I became good friends quickly, too. I spent a lot of time hanging out with him drinking and writing songs. He loved to fish, too. So we went fishing quite a bit. One early morning we placed some nets at the bottom of the Serpentine lake. We pilfered a bunch of the Queens crayfish. I kept them in my bathtub and cooked them up for a dinner party with a nice white wine. Rene was such a huge talent. I got to sing on his album and live and played in his live band a couple times. I miss him.

I did play with the Crybabys. I did a couple little tours with them and recorded the Rock On Sessions album with them (check it out. It’s a great album). Darrell let me and Nasty live with him for a bit when we were both homeless. He was a dude like that. I met him at a Crybabys gig. Their drummer didn’t show up. He asked if there was a drummer in the house. I raised my hand and sat in with them, never having heard them before. I had a great time. It was cool getting to play with Honest John Plain, too. I quite like The Boys.

Could you tell us about your current band?
I left the music business in 1999. I was playing with the Godfathers, doing mostly European tours. I was having fun, but my heart was not in it. I wanted to do my own thing. I decided I wanted to go to school, so I became an academic. I thought I had left that life behind, but once a drummer, always a drummer. It is in my blood, part of who I am. I can’t not do it. I have a little band that mostly just rocks out in my jam room at my house. We’re called the Participation Trophies. I still write songs, too. 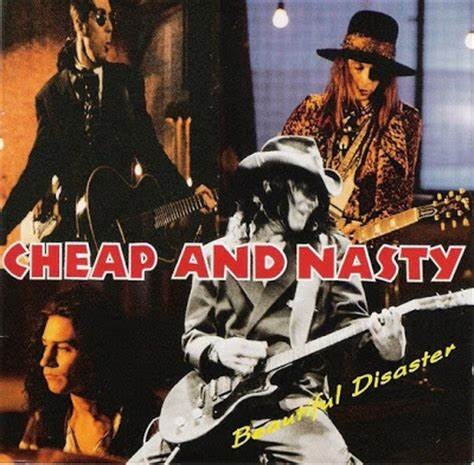 Any future plans and projects?
As far as new projects are concerned there are some things in the works for Cheap and Nasty. After an almost 30 year hiatus, the band is talking about doing some recording. Some songs have been written and shared via the web. I can’t say too much about it, other than I am excited to work with the guys again, except for Timo, if course, whose absence will be noticeable. We are also trying to get our 2 albums out into the world again. It’ll be awesome if we can. Beautiful Disaster never got its due and Cool Talk Injection was only ever released in Japan. There are a bunch of demos of songs, too, that never made it to a record that are sounding pretty good. Keep your eyes open. More to come soon.

Is rock and roll still alive for you? Do you still enjoy playing your music?
Rock and Roll is my soul. It is who I am. Just because I am not active in the business, no one can take it away from me. I love playing the drums and singing. I have never needed an audience to enjoy playing music. I am steeped in music. Still a huge fan. I love exploring and finding new bands and artists. That will never go away. 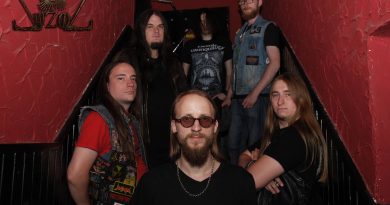 Helena Haaparanta: „If you have the skill, USE IT, and don´t let the guys just crush you!“