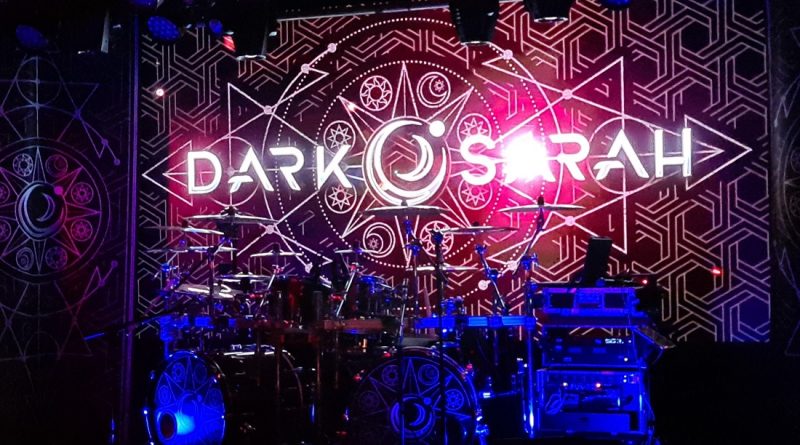 Today is the day, the first live concert since the outbreak of Covid19. I am nervous and restless, and I realize just now, how much really I’ve missed live music. Not that I had forgotten about it, but now, as I am standing inside On the Rocks in Helsinki and let the atmosphere grow on me, I become aware of HOW much I’ve missed it.
So, I look around: the little space in front the stage, where usually the audience is standing in tight rows, is now filled with little bar tables and chairs. Standing audience is not allowed to the current regulations. There are not many people in the club, maybe 100? I am bad at estimating. And another new thing: A company named “Semi-Live” is positioned with two cameras on both sides of the stage, the concert is streamed live around the world, for which you can buy tickets, which are, of course, sold at a lower price as the ones for the venue itself. The stream can be watched for another 48 hours after the concert.
I have to say, I like this new model of watching concerts quite a lot and I hope, it will remain even when all restrictions are removed. There is always this one concert that you didn’t get a ticket for, or that you cannot attend simply because you have an early shift the next day.

As I arrive, the support act Crimson Sun is already on stage. I soak everything in without previous knowledge about the band, and let it sink in: solid melodic metal, a band that has actually existed since 2001, and plays in its current lineup since 2011. The band with singer Sini Seppälä has already published 2 EPs and 2 studio albums, and tonight they play a set of 9 songs, including „The Beast Within “, „We Are One“ and „Awaken“. 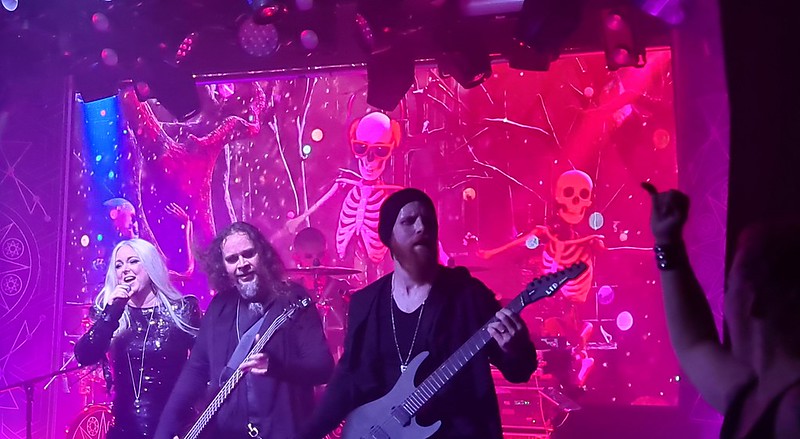 Now the stage is prepared for tonight’s main act, and I have to realize how technisized nowadays everything is: a large screen behind the band with changing images and videos, the tuning of the instruments seems to take place via a tablet mounted next to the drumkit.
Now the moment has come, Dark Sarah enter the stage and fire off right away with the new songs. The first 4, „My Name is Luna”, “The Chosen One”, “Illuminate” and “Melancholia” are played in the same order as on the album, and I must say, I like them live even more than on the album – which I purchase together with a T-shirt from the merchandise booth right after the concert. Sarah / Luna is in the beginning visibly a bit nervous, greets the audience in the club in Finnish as well as the audience of the live stream in English, but becomes calmer, yet energetic. I am sure, the situation now is something that the band has to adjust to as well.
All in all, 7 of the 12 songs from the new album are played, as well as a potpourri of the last 3 albums – unfortunately only one song, “Wheel”, from my favorite album “The Golden Moth”. Unfortunately, I am also waiting in vain for “The Wolf And The Maiden” with Leppäluoto, whom I hoped to see here too for some of the old songs. But there are lots of other great songs, like „Silver Roots”, “Evil Tree” and in the encore “Aquarium”. Even if the crowd is small, the atmosphere is absolutely great and this handful of people allowed to attend due to the current restrictions, really went with the music.
As already mentioned before, I visited the merchandise booth and got myself the new album (that I had heard on Spotify before) and a T-Shirt and regret not to have taken one of those beautiful jewelry pieces as well. 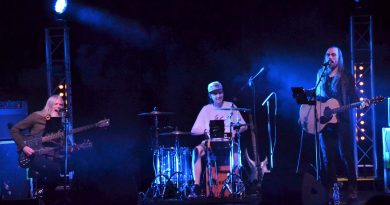 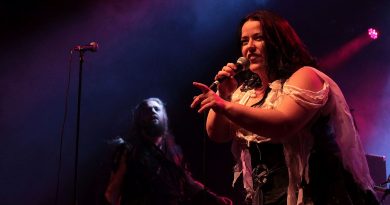