Summer, sun and festival season, therefore bands roaming the club scene have to cope with a smaller audience, like Rose Tattoo tonight with 700 people. And they drew mainly the older fan generation.

Before that it’s time for the support The Wild. Those guys just released their new singles «Helluva Ride» and «Playing with Fire» and are touring with Rose Tattoo. Those Canadians kick off a party right from the start with real good groove. I just don’t like the vocals that I find a bit too weak. Singer  Dylan Villain does a good job, macht zwar einen tollen Job, but I would prefer he used a deeper voice range than this Micky Mouse style, which makes it hard for me to listen. Otherwise those guys deliver a great show and run wild (sic!) on stage, inspiring the audience too.

After a short changeover the Rose Tattoo spectacle starts punctually ….

I haven’t seen this band before because I was not too fond of the songs I had heard of them. Well, something new to experience but definitely not music for my generation. Those Australians are touring in Europe regularly and will play after this Z7 performance once again in Zurich in early 2020. They seem to have a lot of confidence in their fan base, coming back to Switzerland so early. It might be difficult for the clubs to fill their halls.

Singer Angry Anderson is clearly the focus of the show and his band mates keep in the background. I do not really like his anti-social stage persona – he is spitting all the time, maybe instead of Angry he should adopt the name Spit. But I heard off stage he should be a real nice guy. Well, might be but when in the photo pit I don’t like to be spit at –  never ever again! Musically, though, they are really doing a great job, despite the effects of age that cannot be denied. Angry carries a wine bottle and hits his head with the mike so that he starts bleeding, blood all over his face – well, I heard this is part of the show. And the audience celebrates Rose Tattoo despite this – for me disgusting – show effects. Not my cup of tea, but I have definitely experienced something new at this concert. 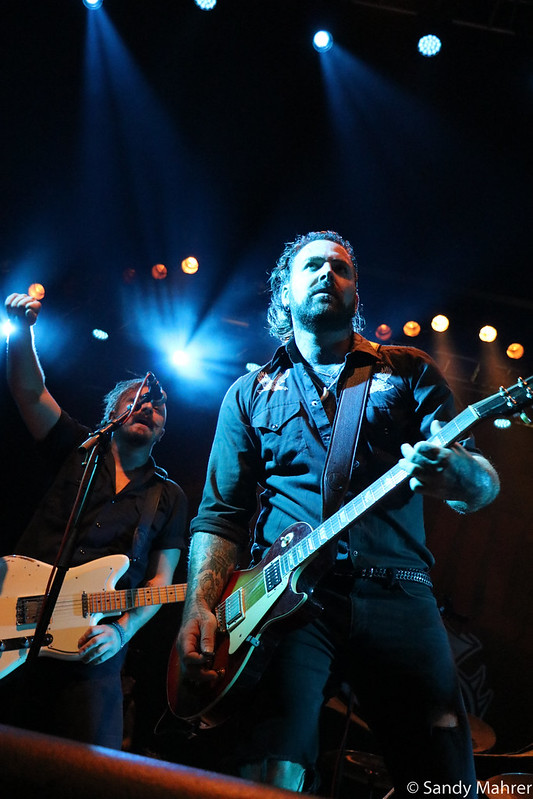