This time it is not Z7 yet not far away and it’s the same crew organizing: We are at a very special location, Augusta Raurica. A flourishing Roman city in the 15th century BC with about  15.000 people. Today it’s just the ruins including the scenic theater, the biggest in Northern Alp area. It can accommodate 10.000 people, an interesting and beautiful spot for a concert.

While the ticket holders take a seat on the stone stairs, the green lanes around the theater fill up too. You cannot really see the stage from there but still follow the acoustics of the concert. Food and drink stands are located outside the entrance hence everybody at the area can purchase something. The weather remains sunny despite a short and light shower in the afternoon. Many take their seats at 17.00 h already as the website faultily announces concert begin as 17.45 h but in reality it was 19.00 h. As people become impatient and begin to make noise, Tobey Lucas & Co hurry on stage earlier at 18.45 h.

The Tobey Lucas Trio is a Swiss act sounding US-American with their Country-Rock-Folk music. His style á la Nashville from good old Tennessee appeals to the audience, soft tunes played with acoustic guitar and violin result in a very relaxed atmosphere. Those 3 from Zurich make great music which perfectly fits this environment. An for everybody living nearby it’s also nicer to have soft music entertainment, because they have to endure non-stop noise of performances at this location for days and weeks every summer.

I can recommend the Tobey Lucas Trio to all Country-Folk fans; I personally would have preferred a bit more groove and some faster songs, still, it’s high quality music and really pleases the ear.

Beth Hart can be photographed from the theater balconies only and there are more strict rules. And waiting for her show becomes difficult as the setting sun turns the stone construction into a sauna. Respect to all the people on the stairs who endured all that. When Beth Hart appears with her security from back stage, she is spotted by people on the top stairs and hence is welcomed to the stage with a lot of cheers. The Grammy nominee chose a mini dress for stage, which does not stop her from dancing, sitting or lying on the stage and kicking her legs – not quite lady-like but her outfit is well-designed and you cannot see anything you should not see.

Her voice is smoky and then again very sweet, she uses all her skills for those Blues-based songs, there is not much Rock material in this program. The audience listens as if hypnotized and cheers after every song, and impressed by the location Beth Hart expresses thanks every time she speaks. The photographers have to leave the whole area after three songs, though, yet I can still hear everything and can tell that the show continues with softer songs and that the audience is very excited and cheers a lot. A great performance of a great singer.

I can only recommend to watch a concert at Augusta Raurica even though the music genre might not quite your style. It’s amazing and the Z7 crew is working hard to make it a fantastic experience. 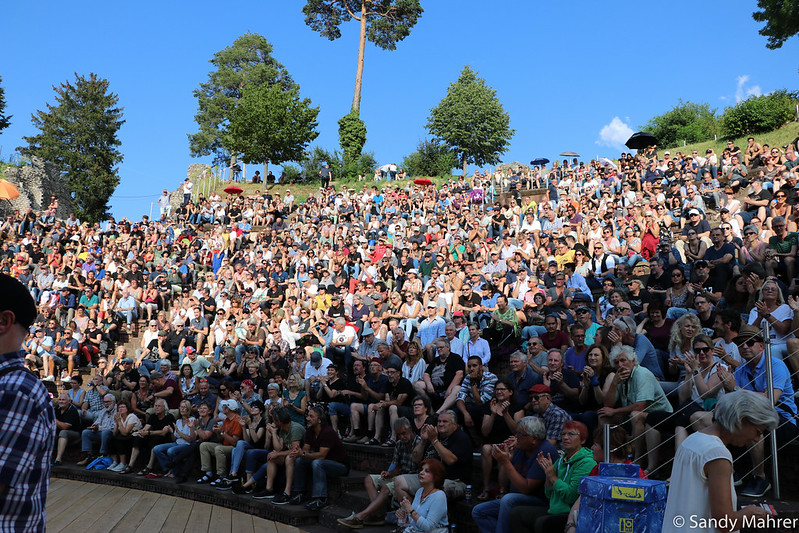