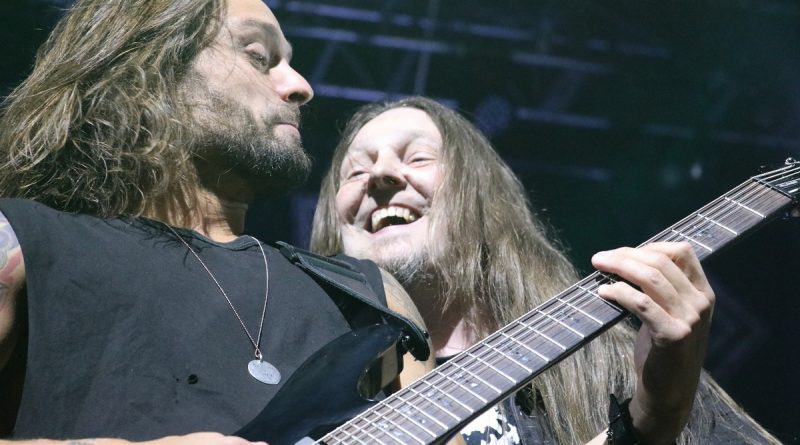 Whenever a Folk Metal band is in town, they attract a huge crowd at Z7 even when people have to be back at work the next day. The bands on this evening even offer something to learn with their lyrics in their mother tongues: Dutch, Hungarian and Faroese.

Dalriada from Hungary look a bit lost on this big Z7 stage and the first thing you think of when you hear and see them play is: Eurovision Song Contest. Dalriada aare one of the most popular Hungarian Metal bands and they are quite well known here too. It’s sort of Pop Metal but quite appealing to the crowd despite the Eurovision flair. Basically they do everything right with their traditional clothes and the vocal dialogue of Andras and Laura, and it’s nice to hear some different stuff from time to time. 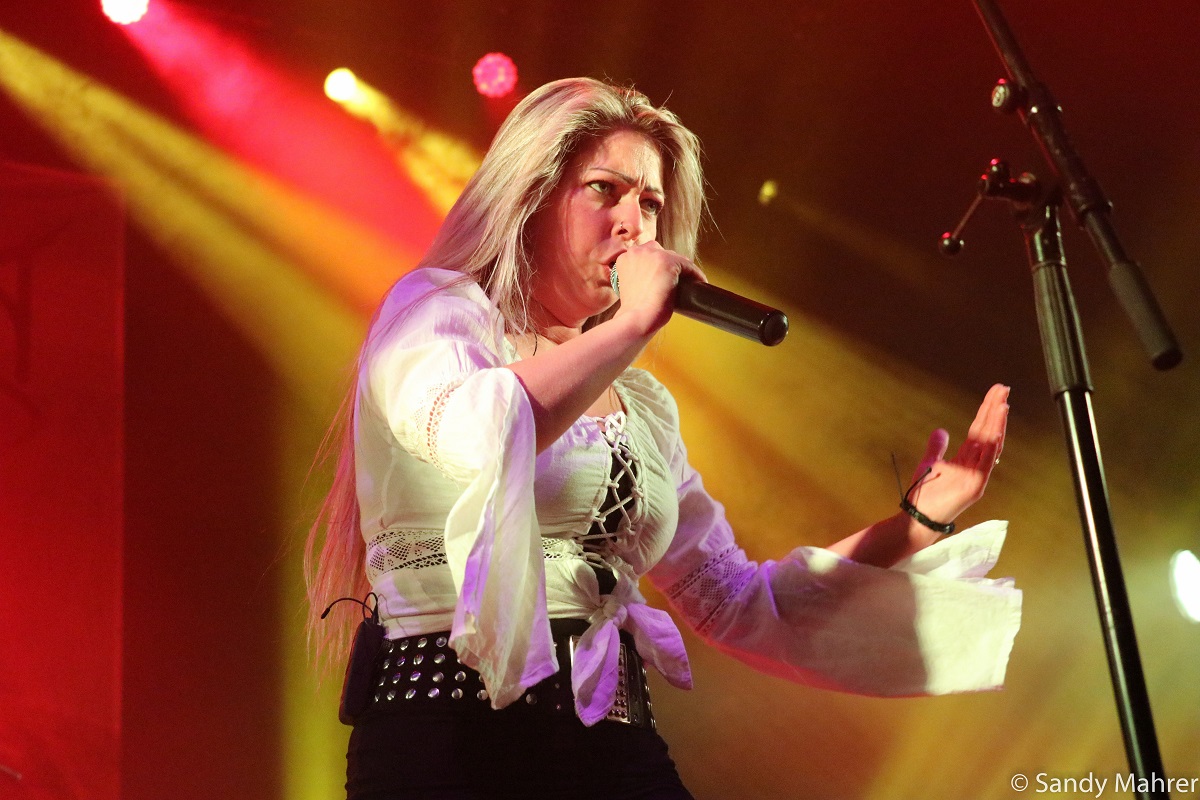 Heidevolk always kick ass. Those guys simply know how to get am Metal party going, with any audience. Musically they do have high quality to offer, and they are such a likeable band – which is a guarantee for success. People from the first to the last row rock along and seem enchanted. The vocals by Jacco and Lars in Dutch and English and the show seem 1000 x better than their first CD or the last time I have seen them. A fantastic show and surely the band of this evening with the highest entertainment score. 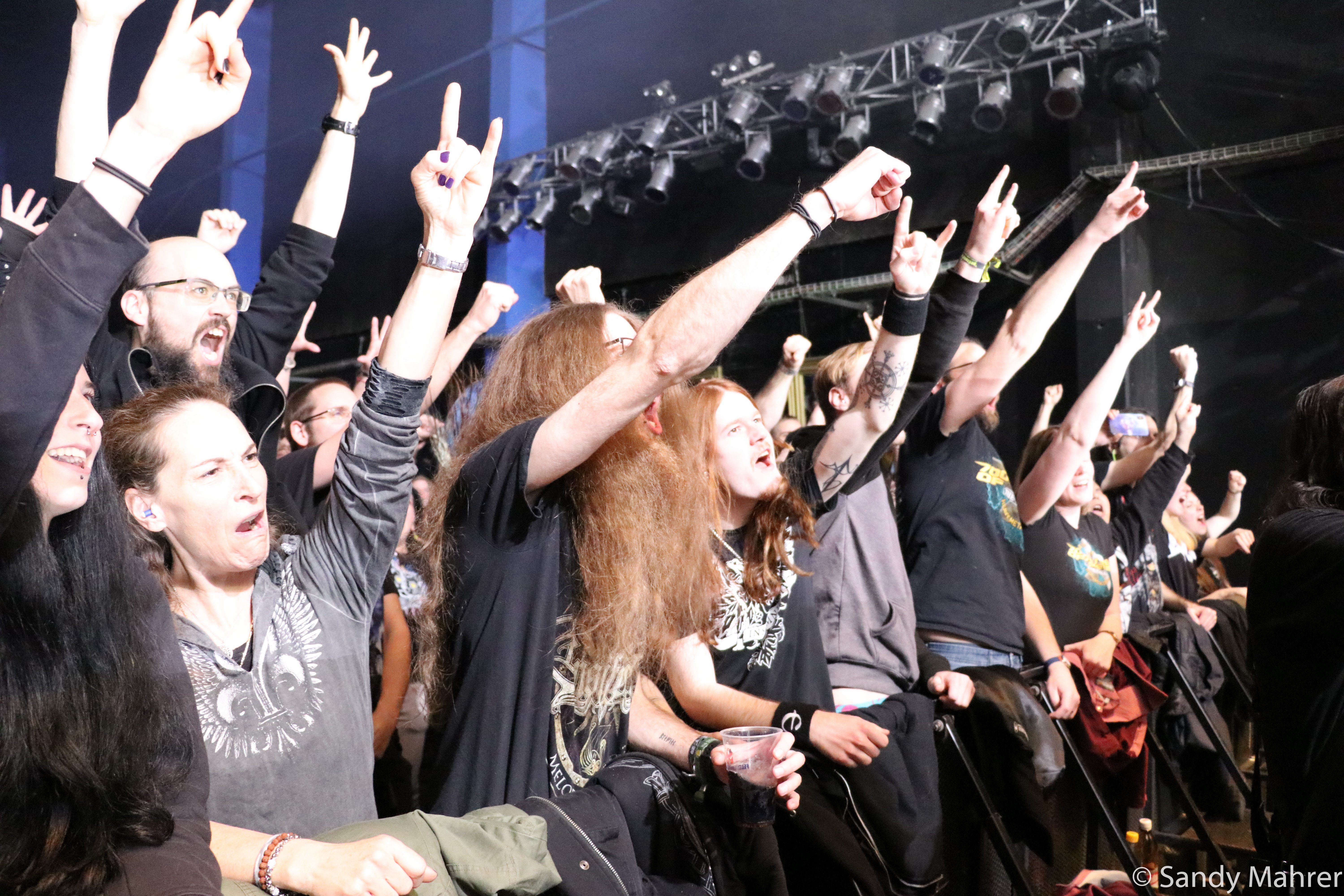 The ballad Metal of TYR cannot quite keep up with this party mood, that is clear right from the start. Basically I remember Tyr being heavier and faster, but I have not seen them live for quite some time. Another reason might be that there are 6 years between the new album  «Hel» and the previous «Valkyria». The set list tonight focuses on English lyrics, and front man/guitarist Heri Joensen still impresses with his beautiful voice and intense blue eyes. What surprises me was the fact that only three songs in the set list are from the new album, the focus is on older songs and also a lot of solo performances. Guitarist Attila Vörös shows his skills twice, playing with dedication and a huge smile. Bass player Gunnar Thomsen and drummer Tadeusz Riedeman receive their slot for soli too – and I wonder if this is really necessary. We all know that you are great musicians, otherwise you would not be on this stage. Tyr feel a bit too melancholic for me tonight and therefore I choose to leave a bit earlier. It’s not the quality of the music or the vocals, Tyr are still a great band, but you need to be in the right mood for their art.

Wankers of the Zoo Crew / Mojo Waves / The Compass Schedule