I have heard a lot in the past about In this Moment and Maria Brink but never made it to a show, which should change this evening. It seems I am not the only one who sees her live for the first time – when she asks later who has never seen the band before, a lot of hands go up.

Until the begin at 21.00 h DJ Metal Heart entertains the crowd yet is hardly noticed. Well, the transitions and the material is average, one should expect more from a  DJane. But she also entertains with her dance moves and finally attracts some attention. Still there’s not much difference to simply have some playlist running.

At 21.00 h the curtain opens and reveals a number of  CO2 containers, which means there will be something blasting off. Which also means you have to be carful in the photo pit which is filled tonight with a lot of photographers. Surprisingly it is permitted to take pictures throughout the show, a rare thing for a US band. Chapeau, you like them immediately even more. Yet it gets too hot and crowded in the pit, therefore I leave after the 4th song and take some extra shots from the audience.

Musically it is very experimental and occasionally not quite in sync, but the performance is so awesome you hardly notice that. Probably men get easily distracted by a sparsely clothed Maria and her moves – but those still have style and class. Projections, fog and a steam gun add to the spectacle, which I totally like because it is something different to the usual band performance. With the exception of Lordi, who offer hell of a show, the band performances are very similar and hardly a spectacle. The finale with all those balloons is great although it reminds me of a Lady Gaga Show – still, a welcome show element. I also like the attitude of the band and the message to be yourself and not what others want you to be. Musically not quite my cup of tea but it does not matter here when enjoying the show. Those 600 people at Z7 seem to enjoy it too. A band I would watch again any time – simply something different and very appealing. 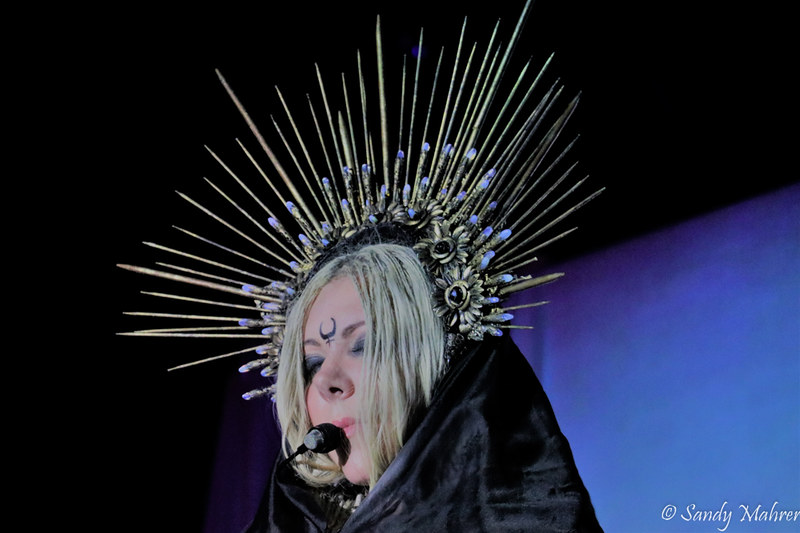