Basically it’s sad that not more people were attracted by this gig on a Friday evening, as this is a truly remarkable act delivering a lot of ear candy wrapped into an exciting show.

This act are Eclipse from Sweden, this evening supported by Spanish Xtasy.

Xtasy supports the Swedish band on their Monumentour 2018 which offers a chance to front lady Silvia and her four men who have been playing together since 2011. As they had Eclipse singer Eric mix and master their new album, it felt logical to tour together. Musically those two bands are not quite on the same level although the Spaniards sound quite well. Their songs are good and also Silvia’s vocals, but after about an hour it feels that it all sounds way too similar, as if it was one and the same song. The audience seems to be divided as well, some in the crowd prefer to have a drink and chat during the show.  https://www.xtasyband.com/

After a lengthy changeover the headliner Eclipse is on, awaited by about  350 people and die-hard fans in the first row who sing along even louder than the band, at least it sounds like that in the photo pit. The band enjoys that and they give it all to entertain their fans, and they succeed. People sing along passionately with  Erik Martensson who seems to be touched by this devotion and cannot stop smiling. It is nice that 350 people are as supportive as a 1000. A compliment to the fans who gave it all. And this is definitely also because of the nicely chosen set list containing all the hits and a nice balance between fast and slower songs. The invitation to sing along continues even after the show, as people start singing as soon as they spot a band member. What a pity this band did not attract more people because they provide a truly rare concert experience.

Interaktive gallery below – photos Sandy Mahrer – or click on it and enjoy the images in full size on Flickr! 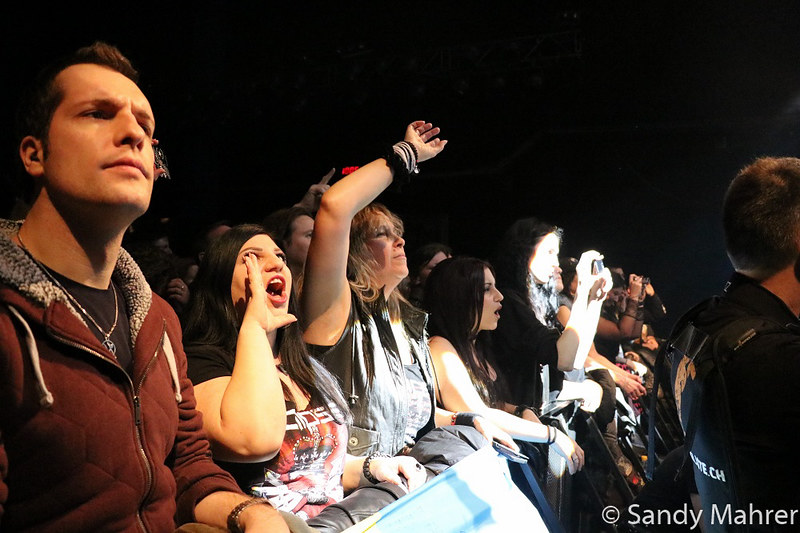