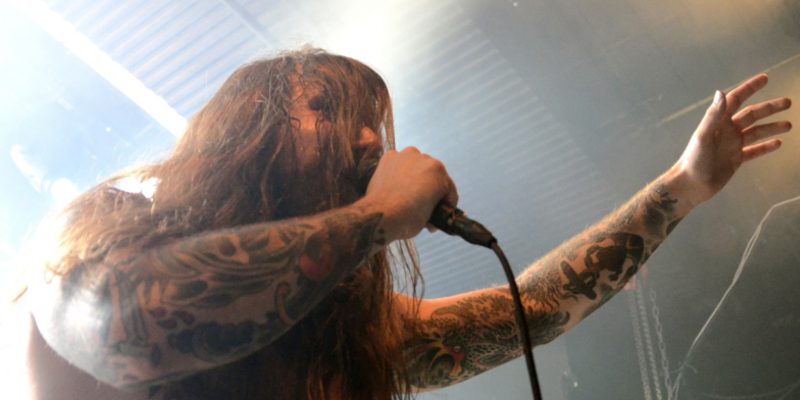 Kvelertak are a band I’ve been listening to for quite a while, on the heavier end of my vocal taste, but rocking enough that I can hear melodies and so seeing them was on my must do list.

I missed the first support band, in part because the event time on Facebook was wrong, still, arrived in time to see TEKSTI-TV 666 (whose album review will be on here at the start of next month). How many guitarists can a band need on stage? Well for this band the answer is 5! They are all different in their style, both playing and attire, and it works. Big sound, intense and powerful, this is a band which pretty much party through a set. The music is fun, melodic and great to move to and the main singer (at least he is positioned in the middle of the stage) is full of energy and swagger.

Kvelertak enter the stage one-by-one, until the music begins, when the singer enters wearing a flashing half-face mask. This band has filled Tavastia on a Monday, so you know from the start this is going to be one hell of a show and it doesn’t disappoint. The singer apologises early-on that he has tonsillitis and may need some help from the crowd which only spurs the audience on. How the singer keeps up the level of intensity for a whole set is a mystery, but wow, this is a band I will certainly rush to see again, great show. 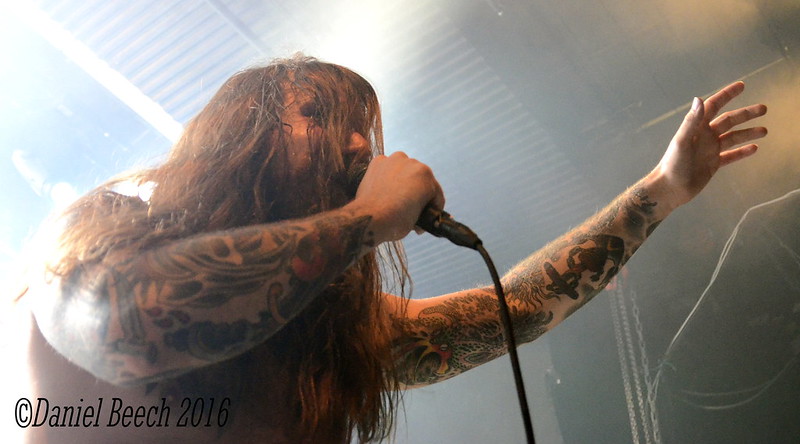 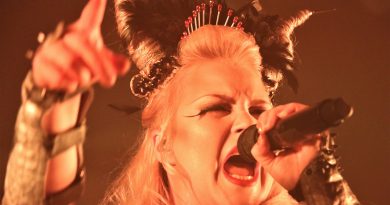